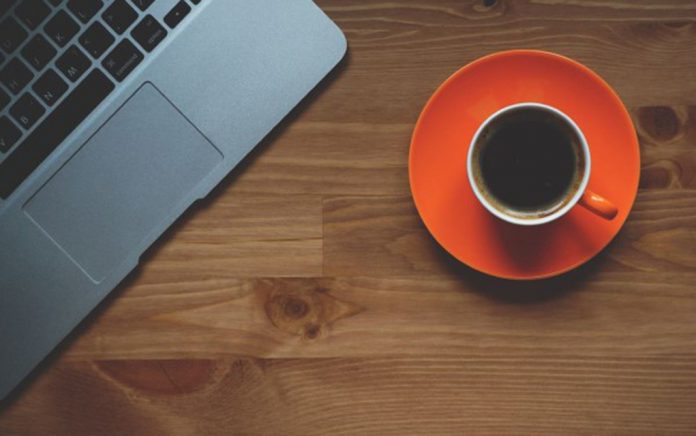 There’s a good chance the next caller on your cell phone will try to take your money or steal your identity.

This grim statistic comes from First Orion, an Arkansas-based call management company that estimates nearly 30 percent of all cell-phone calls came from scammers this year. The firm predicts nearly half of all mobile calls will be fraudulent in 2019.

The robocall scams often play on anxiety and greed, offering suspiciously cheap health insurance plans, “free” vacations, deferred student-loan payments, and, in one case, a job at Amazon that you can do from home.

The scam-call surge is driven by technology that has made it cheaper to place robocalls and easier to mask the scammers’ identities. “Neighborhood spoofing,” for example, allows scammers to place calls that appear to come from local numbers. First Orion predicts 9 in 10 scam calls will come from a familiar area code in 2019.

“These scammers are really sophisticated,” said Gavin Macomber, First Orion’s senior vice president of marketing and business development. “They do A-B testing like us marketers do it in the legitimate business world. If they try something and it works, they’ll keep doing it.”

The robocall epidemic has gotten so bad that the telecom industry is working on a fix that would verify the numbers of incoming calls as authentic and not spoofed, so consumers can trust their caller IDs again. T-Mobile says it’s ready to launch the technology, and Comcast is conducting limited employee trials and expects to deploy it to customers in 2019. Federal Communications Commission Chairman Ajit Pai recently demanded that the phone industry launch a call authentication system no later than next year

Until then, beware of these top robocall scams that try to get you to pick up the phone and give away personal information:

By far the most rampant robocall scams right now are health-care related, according to YouMail, a California company that offers free and paid robocall blocking applications. YouMail estimates there were nearly 500 million robocalls for health-care scams in October, making up nearly 10 percent of the 5.1 billion robocalls placed that month.

“People just treat it like they just visited an agent,” he said.

“You can now get a great insurance plan at the price you can afford,” said one spam caller in October. “We make it hassle-free to sign up with policies with Cigna, Blue Cross, Aetna, United(Healthcare), and many more. Press one to get a hassle-free assessment.”

“Thank you for your time,” the female voice concludes. “And as always, be happy and blessed.”

A robocall scam that has spiked in recent weeks is like something out of a horror movie: The call is coming from inside the house.

Scammers make calls that appear to come from your own phone number, and they’ll pretend to be telecoms warning that an account has been locked or compromised, said Aaron Foss, founder of Nomorobo, an app that screens and blocks robocalls and is free for landlines and $1.99 per month for mobile. In some cases, the scammers already know whom they’re calling and are seeking more personal information.

“Your account has been flagged for security purposes,” said one robocall recorded by Nomorobo. “After the tone, please enter the last four digits of the primary account holder’s Social Security number.”

In Philadelphia, some people have received calls appearing to come from WolfBlock, a renowned local law firm that closed in 2009.

While these spoofing techniques are spooky, pretending to be a major business has become a regular robocall strategy. Scammers spoof caller IDs to show the real numbers of legitimate businesses to convince consumers they are authentic, experts said.

That has caused problems for big brands whose phone numbers have been hijacked for scams. Wireless carriers and third-party applications have blocked or mislabeled real business phone numbers as spam, said Bensalem-based Stuart Discount, CEO of the Professional Association for Customer Engagement, a trade association for companies that utilize contact centers.

“We’ve been fighting for some kind of notification,” he said. “If you’re going to block our number, that’s fine. But at least allow the company to know it was blocked.”

Congratulations. You’ve earned enough points to get “an amazingly, drastically discounted vacation,” according to one of the top robocallers.

Cruise and vacation scams were the No. 1 reported scam call in a First Orion survey of 5,000 American mobile phone users conducted in June.

Typically, a scammer will pretend to offer a free or discounted vacation to Disney World or the Bahamas, telling victims they only need to pay a nominal booking fee to secure the deal, said Macomber, of First Orion, which offers a free call-blocking app for consumers.

“And then they’ll hit you for a credit card right there and then, and a lot of people give it to them,” he said.

A travel-scam robocaller identified by YouMail used a neat trick to dupe consumers. The prerecorded voice asks questions and pauses for answers, creating the appearance of an actual conversation.

A PRIME OPPORTUNITY AT AMAZON

Amazon is not coming to Philadelphia, but a ubiquitous “Sarah from AmazonProfits.org” says you can still work for the web giant from home.

“Sarah” claims to have already seen your online resumé and suggests you register right away for the chance to earn $17 to $32 an hour for simply “listing products and posting reviews online in your spare time.” That’s better pay than the actual company’s recently raised minimum wage.

Alas, the offer is fake and is common among the estimated 144 million “easy money” scam robocalls placed last month, according to YouMail.

“My guess would be the easy money scams are not very successful,” said Quilici, of YouMail. “But if you’re low income, you’re desperate. … You fall for it.”

The student loan debt crisis has inspired one of the most prevalent robocall scams. There were nearly 102 million student-loan-related robocall scams in October, the fourth-highest scam category that month, according to YouMail.

One scam falsely claims that the Department of Education is “no longer accepting entry into the federal student loan forgiveness program.” (The Public Service Loan Forgiveness program has rejected 98 percent of borrowers who applied for forgiveness since October 2017, so the scam sounds believable.)

“To place your file and long term forbearance and stop all future due payments, press five on your phone now,” the message says.

The ruse is similar to credit-card scams, in which scammers pretend to offer low interest rates in exchange for a credit card or Social Security number, Quilici said.