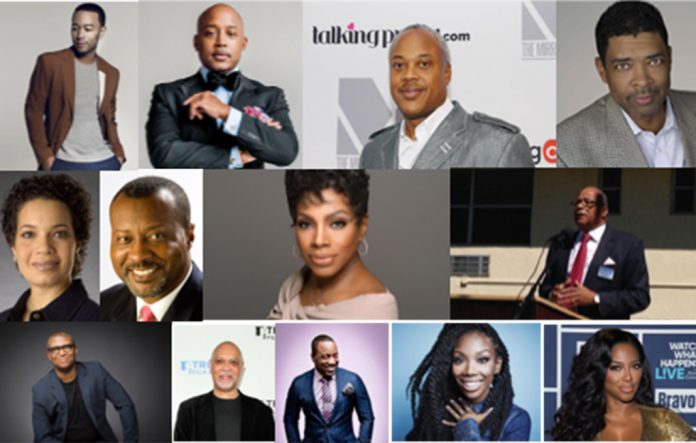 If you’re ready to connect with business professionals and entrepreneurs in an environment that expands the conversation for brands, corporations and producers of technology, sports, entertainment and marketing, plan to head over to Newark, New Jersey, next week for the 2019 MOBE Conference.
An annual event that is back for its third consecutive year after a 12-year hiatus, MOBE (Marketing Opportunities in Business and Entertainment) is a must-attend, all-day symposium of speakers, launched by Yvette and Kofi Moyo.
Past dynamic speakers have included Black business leaders such as Shark Tank Star Daymond John, Bronner Brothers CEO Bernard Bronner and Former President of Revolt Keith Clinkscales; and entertainers Grammy-Award Winning Artist John Legend, Actress Sheryl Lee Ralph and actor Malik Yoba.
This year’s speakers are just as impressive: William Pickard, founder & chairman at Global Automotive Alliance, will serve as opening keynote speaker and Michele Thornton Ghee is set to serve as luncheon keynote speaker.
“The MOBE events have had over 200 people in attendance. The event really encourages people to network with people of different backgrounds to do business together,” Curtis Symonds, CEO of HBCU X, told TNJ.com. “Yvette and Kofi started this in the mid-90s at a time when there was not a conference that supported entrepreneurs and minorities in their desire to get involved in corporate America.”
Symonds is also one of the event’s organizers and speakers.
Sponsored by Prudential and co-sponsored by AARP, iOne Digital and P&G, MOBE 2019 will kick-off with an opening reception on Thursday, April 25, at the Grammy Museum in the Prudential Center where the new Whitney Houston exhibit is featured, and the actual conference takes place the next day in Kiyo Sagaguchi Hall, also at the Prudential Center.
Additional speakers lined up include Vivian Scott Chew, Dorinda Walker and Clayton Banks.
In a 2017 interview, Moyo told TNJ.com that the idea for the conference came from her intimate knowledge of the corporate world and people in the entertainment industry. “At the time, I was working with clients on the corporate side such as Gillette, Seagrams and Random House, among others, and at the same time, I also represented BESLA (Black Entertainment Sports and Lawyers Association), for which our company was a major fundraising entity,” she said.
She continued, “After being exposed to both sides having sold sponsorships and produced strategic alliances between groups, organizations, and events from entertainment to fundraisers, it was apparent to me that the people in music and entertainment really wanted to know the folks in corporate America and vice versa. So, I called together people from both areas and that became MOBE.”