Home Personal Finance Mistakes on Your Credit Report Could Cost You Thousands: How to Fix... 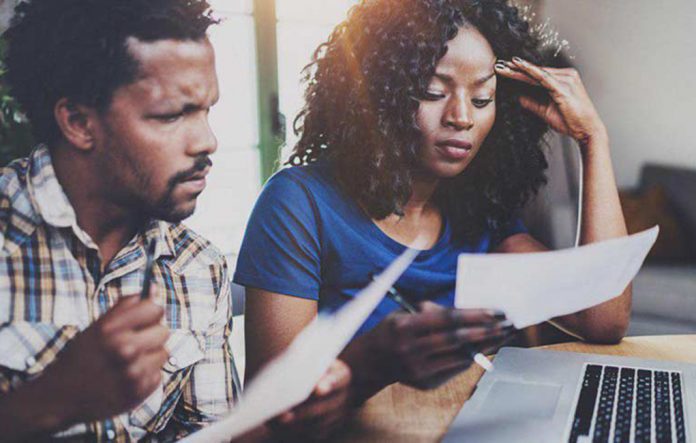 The Equifax data breach came to light back in September 2017 — and consumers are still fuming.

Complaints about credit reporting, credit repair services and issues such as errors on individual consumer credit reports, made up 43% of all the complaints made to the Consumer Financial Protection Bureau, according to an analysis by the U.S. PIRG Education Fund.

That’s up from 23% of total complaints back in 2016, before the Equifax breach.

The analysis looked at data from 2011, when the CFPB began collecting complaints, to Jan. 14, which is when PIRG downloaded the data to review.

CFPB, a federal consumer watchdog agency, published a record 257,000 consumer complaints in 2018 — including all complaints, according to the PIRG analysis. That brings the total complaints to nearly 1.2 million in seven years.

Complaints might include issues with a payday lender who won’t stop withdrawing money from a bank account, difficulty dealing with a student loan servicer, problems involving mortgage lenders.

Oddly enough, all the complaints made to the Consumer Financial Protection Bureau are mired in another controversy, too.

Consumer watchdogs, such as PIRG, fear that one day the federal agency will hide such complaints from public view.

Kathy Kraninger, the new director of the bureau, told Reuters in April that discussions were ongoing regarding how the public complaints database, a key source of the bureau’s investigations, should operate.

According to the Reuters interview, Kraninger acknowledged the database, which went public to boost transparency, supported the bureau’s mission to protect borrowers. But she did not rule out making it private.

How the agency protects consumers

In general, the agency’s database has helped consumers get timely responses, see their problems resolved and receive their money back in some cases.

More than 223,000 complaints resulted in relief for consumers, including in many cases where consumers got money back from the companies they complained about. Throughout its history, the CFPB has secured $12.4 billion in relief for more than 31 million wronged consumers and acted against companies that break the law.

“And that’s precisely why the database is made public,” said Mike Litt, PIRG’s consumer campaign director.

Consumers and others can search the database by name of company, product, state, and by response from the company. See www.consumerfinance.gov/data-research/consumer-complaints/.

The reality is that some companies would love to keep consumers in the dark when there are a string of complaints involving an ongoing concern.

Just go back to the Equifax data breach back in 2017. The massive digital break-in took place sometime between May 13, 2017, and July 30, 2017. When did consumers find out that vital information, including Social Security numbers, was now at risk? Early September of that year.

The anger remains: U.S. Sen. Elizabeth Warren, D-Mass., and a group of congressional Democrats reintroduced legislation this year, which would require credit reporting agencies to pay $100 for each consumer whose personal data is compromised.

“Under this bill, Equifax would have paid at least a $1.5 billion penalty for their failure to protect Americans’ personal information,” according to Warren’s announcement relating to the bill.

Such a steep, mandatory penalty is viewed as bad policy by the industry, according to Francis Creighton, president & CEO for the Consumer Data Industry Association in Washington, D.C.

“No one would be able to afford the fines that are envisioned in this bill,” he said.

He noted that the investigation by the Federal Trade Commission and the Consumer Financial Protection Bureau relating to the Equifax breach is ongoing and it’s expected that financial penalties ultimately will be part of the picture. An exact timeline isn’t known.

The fury that continues, of course, is fueled by the fact that hackers stole personal information involving 145.5 million people.

A report called “Breach of Trust” — which was issued May 7 by Warren and other Congressional Democrats — charged that more than 18 months after the breach was announced consumers continue to file complaints against Equifax at a higher rate than before the breach.

In the 18 months between Sept. 7, 2017, when Equifax announced the breach, and March 6, 2019, consumers filed 52,031 complaints with the CFPB related to Equifax, according to the report prepared by U.S. Sens. Warren, Mark Warner, D-Va., Brian Schatz, D-Hawaii, and U.S. Rep, Raja Krishnamoorthi, D-Ill.

Perhaps, we should not be surprised that credit reporting issues dominate the list of complaints, given what consumer advocates know about how hard it is to sometimes dispute a credit error.

Credit reporting complaints to the CFPB were more than double the secondcomplaint — debt collection — in 2018.

About 61% of consumers who complained to the CFPB about credit issues had trouble involving incorrect information on their credit reports.

It’s not a small point, considering that you’re shut out of attractive rates on credit cards or car loans if your credit report is filled with bad marks. You’re not going to get a super low advertised loan rate if you’ve got bad credit. (It’s wise to review your credit report for free each year.)

Despite significant reforms in the past 10 years, systemic inaccuracies still wrongly hurt the credit snapshot of many consumers, according to research by the National Consumer Law Center.

The industry notes, though, that the size of the problem could look worse than it is given just the hundreds of millions of consumers with credit reports. In some cases, the disputes are with the banks, not the credit reporting agencies, Creighton said. And there are some bad actors who promise credit repair fixes that try to get correct information removed from reports.

Even so, he acknowledged that mistakes are made.

Here are some common mistakes

Sometimes, one consumer’s file is wrongly “mixed” with another person. Consumer watchdogs blame some loose matching criteria, which can help ensure that users of credit reports, including lenders and others, don’t miss out on possible negative information.

In some cases, negative information may wrongly remain on a credit report even after court judgments or legal settlements declare that a consumer doesn’t owe a debt.

And there are the after-effects of identity theft, such as when the credit bureaus and creditors don’t believe the victim.

In some cases, a consumer may even be labeled dead when they’re very much alive.

It’s possible that an account or debt can be attributed to the wrong consumer or a payment history may be incorrectly recorded.

“These errors can cost a consumer thousands of dollars in higher-priced credit, or worse yet, result in the denial of a job, insurance coverage, an apartment rental, the ability to open a small business, or to buy a house,” said Chi Chi Wu, staff attorney of the National Consumer Law Center in testimony in Washington in February

She noted that a definitive Federal Trade Commission study on credit reporting errors found that 1 in 5 consumers has verified errors in his or her credit report. And 1 in 20 consumers has errors so serious that he or she would be denied credit or need to pay more for it.

What’s important to know is that consumers do have some options for addressing the mistakes and bringing to light bad interactions with credit bureaus.

What consumers can do to address mistakes

To be sure, consumers don’t have the option of just deciding not to do business with the big players, such as Equifax, Experian and TransUnion.

“A consumer can respond to wrongdoing by a bank, for example, by simply choosing a competitor,” the PIRG report noted.

“But with credit bureaus, you cannot vote with your feet. The bureaus collect and sell your information without your consent, which is why strong oversight by the CFPB is needed.”

Federal law gives you the right to dispute and request an investigation when you spot an error in your credit report. When you submit a dispute, the credit reporting agency must investigate the item in question usually within 30 days — unless they consider your dispute frivolous.

When resolved, the credit reporting agency must give you the written results and a free copy of your credit report if the dispute results in a change.

If you’re not satisfied and the credit reporting agency refuses to correct the information you’ve disputed, you have some other options. And you can file a complaint with the Consumer Financial Protection Bureau.

Consumers should file the same complaint with their state attorney general.

Submitting a complaint, of course, isn’t all about just you. The federal agency is able to use such data to target specific problems in an industry. And you can scan the complaint database to discover if others are running into the same hassle as you.

But in many cases, experts say, situations can be resolved. About 97% of the complaints received by the CFPB received a timely response from financial service companies.

Protecting your 401(k) in the stock and bond rout

Regulators close a bank in Georgia