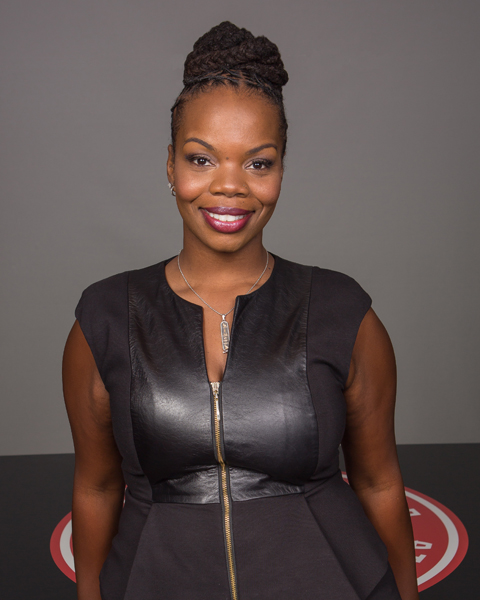 Melissa McGhie Proctor was not interested in basketball until she started watching the sport with a cousin. Her love of the game grew and she became the first ?ball girl?/team attendant for the Miami Heat organization while still in high school. She now scores off the court in the Atlanta Hawks organization.

McGhie Proctor began her tenure with the Hawks in 2014 as vice president of Brand Strategy. She was promoted in 2015 to senior vice president of Strategy, followed less than a year later to her current role as executive vice president/chief marketing officer of the Atlanta Hawks and Philips Arena. She oversees the day-to-day operations of the club?s marketing teams, including Marketing Integrations & Operations, Digital & Content Marketing, and Advertising, Promotions & Direct Response. She also provides strategy for the organization, works closely with executive leadership and shares oversight of the Brand Communications team.

?When I wanted to get a job, my mom said that I had to get a job in the field that I wanted to be in for the rest of my life,? explains McGhie Proctor. ?My mother always told me to have intention and direction in whatever you?re doing.?Born to a Jamaican father and Belizean mother, McGhie Proctor says her parents? examples of hard work and always doing a thorough job have carried her throughout her career. ?She holds a bachelor?s degree in communications from Wake Forest University and a master?s degree in design studies, branding/marketing, from Central Saint Martin?s College of Art and Design in London, England.?If she weren?t in marketing, McGhie Proctor says, she would be a college career counselor for a living. ?Developing and leading my team to better themselves is really important to me,? she says. ?I?ve been blessed by so many people in my career and it?s important that I pay it forward.?