Home News Business Media Struggled Through a Decade of Revolutionary, Existential Change, and More is... 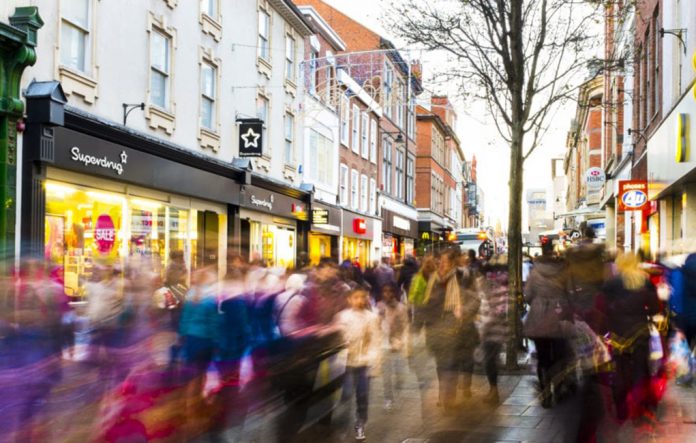 In writing about the media decade, it is tempting to frame it as “B.T.” and “A.T.” — before Trump and after. His ride down the elevator at Trump Tower in June 2015 certainly makes for a neat dividing line. And he has certainly played a large role in some aspects of media change and challenges the last half of the decade.

But this is a story even bigger than Trump. This has been a decade of revolutionary, existential media change most of which would have happened had he never stepped off that elevator into the heart of the nation’s political life. The degree of change has certainly surpassed anything I’ve seen in the three decades of my professional life. And it has happened on so many different fronts: technology, leadership, morality, politics and unemployment with the loss of tens of thousands of skilled media jobs.

At the heart of it is the expansion of social media to the point where it dominates the conversations of national and global life with people like Facebook’s Mark Zuckerberg now our most powerful information gatekeeper. We have seen how that worked out in the 2016 presidential race with the Russians getting an open field to meddle in our democracy and the Facebook getting paid in rubles on occasion no questions asked. And we are seeing it again in 2020 with Zuckerberg decreeing that it is acceptable for politicians to lie on his massive platform. Come, publish your slander and conspiracy theories with us.

On the positive side. the decade coming to an end saw the rise of the #MeToo movement that took down some of the men who were the most powerful in media at the start of the decade: former CBS chairman Les Moonves, former Fox News CEO Roger Ailes and Miramax co-founder Harvey Weinstein. There were lesser lights, too, like comedian and TV producer Bill Cosby and former Fox News host and author Bill O’Reilly.

This decade marks the beginning of the end of the patriarchal sexual predators who thought the billions they made for their companies entitled them to control of the bodies of the women who worked for and with them. But only the beginning. Something as ancient and deeply ingrained in the culture as patriarchy won’t end in a decade, that’s for sure. But it’s hold on the highest reaches of media has been broken, and that is a hopeful beginning. The women who came forward, like former Fox News anchor Gretchen Carlson and actor Ashley Judd are the heroes. But so, too, are reporters like Ronan Farrow, Jodi Kantor and Megan Twohey who helped the victims tell their stories.

Also on the plus side, some of the largest platform in American media \u2015 like the Washington Post, New York Times and CNN \u2015 managed to find financial stability during the decade while adhering to the fact-based standards of legacy journalism. Before Amazon founder Jeff Bezos bought the Post in 2013, there had been considerably downsizing with the paper moving toward becoming more of a regional publication. The Times, meanwhile, was selling real estate.

Some will say the election of Trump helped all three outlets, which have been highly critical of him, find the success they now enjoy. I was called the Trump Bump in the case of the Times. But bumps are minor and they do not last. Journalism is a jangled and confused place today laying employees off, shuttering long-time local news operations and losing any clear sense of civic mission as they in chase social media items that might or might not be true \u2015 might or not matter to citizens’ lives. But can you imagine how profoundly troubled journalism would be if these three platforms, which epitomize legacy journalism with its emphasis on facts, verification and original reporting, were struggling to survive. Their success is not all about being anti-Trump.

One more positive: the rise of streaming services like Netflix, which have helped drive a surge of great fiction and non-fiction viewing, dramas like “The Crown,” about the life of Elizabeth II, and documentaries like “The Keepers,” about the disappearance in 1969 of a Baltimore nun, Sister Cathy Cesnik. (Does anyone want to remember “House of Cards,” which used to be the pride of Harford County?)

That’s the good news about media this decade, and I offered it first, because the rest is all mainly bad.

Consolidation of media and the demise of local journalism didn’t start in this decade, but they accelerated to the point where they feel like an unstoppable force.

The most recent examples of this trend on the print side include the merger of Gannett and Gatehouse, with more than 200 newspapers under their mantle, and the Federal Communications Commission approval for the takeover of Tribune Media by Nexstar, which will give that TV giant more than 200 stations. (Tribune’s stations had been the target of Hunt-Valley-based Sinclair Broadcast Group, but the deal collapsed when federal regulators held back on approval.)

What often happens with such consolidation is the hollowing out of local journalism as staffers are laid off and local identity and concerns are ignored as “efficiencies” are achieved by having all stations or papers in the group carry much of the same content produced at national headquarters.

But it was nothing compared to what came together in support of Trump, led by Fox News and Fox Business Network on cable TV, Breitbart News Network in digital, Sinclair at the local level and Trump himself on Facebook and Twitter. This group helped weaponize information using it to promote an ideology, the president and sometimes a version of what was termed truth even though it was at odds with the facts.

Most of the rest of the bad news is social-media related.

The most obvious is the greatly expanded power and stature of social media as best personified by Zuckerberg. If most of the legacy gatekeepers were routed during the last decade of the ‘90s, we most clearly saw who and what replaced them in the person of Zuckerberg. How do you like the new order of media titans now?

I am not sure how I feel about Twitter CEO Jack Dorsey banning political ads in the wake of Zuckerberg saying anything goes on Facebook. But at least the Twitter CEO sounded like someone thinking responsibly about what social responsibility means in the digital age when he explained his decision by saying: “Internet political ads present entirely new challenges to civic discourse \u2015 machine-learning-based optimization of messaging and microtargeting, unchecked misleading information and deep fakes, all at increasing velocity, sophistication and overwhelming scale.”

And if you don’t think of folks like Zuckerberg and Dorsey as gatekeepers, remember the latter guy used his power to suspend TV Producer David Simon from his platform, while allowing all kinds of alt-right and hate talk to remain.

The big social media gatekeepers allowed their platforms to be used by foreign operatives like Russia to try and cause social strife in the U.S. and influence the 2016 election. (Russia, not Ukraine!) Despite some announced efforts at better monitoring of such content, we know those efforts continue and that there are more countries, like Iran and China, involved. This is one more toxic stream of pollution to our media ecosystem.

As much as technology seems to have overwhelmed our news and information media at times during the last decade, it is important to remember that all technology is only an extension of us. Frankenstein notwithstanding, we have control because we designed, even the artificial intelligence that everyone points to as being at the heart of the next stage of media challenges in the new decade.

One of the biggest tests for news and information journalists will be maintaining and improving legacy standards even as we embrace the new technology. Social media are not inherently friendly, for example, to fact checking and verification. That takes time, and social media loves speed.

But those newspapers, digital and TV outlets that deploy their resources primarily to chase what’s trending on social media at the expense on long-held values of verifying, fact checking and properly correcting errors in reproducing it, risk shredding their credibility, identity and brand. That’s why I say the success of the Post, Times and CNN are so important. They proved over the course of the decade that good journalism can be good business no matter what the technology that delivers it to its audiences.

Us learning to control new media technology and use it to enlighten rather than potentially exploit audiences in the next decade is a bigger story than Trump, a bigger story and far more existential one for democracy.