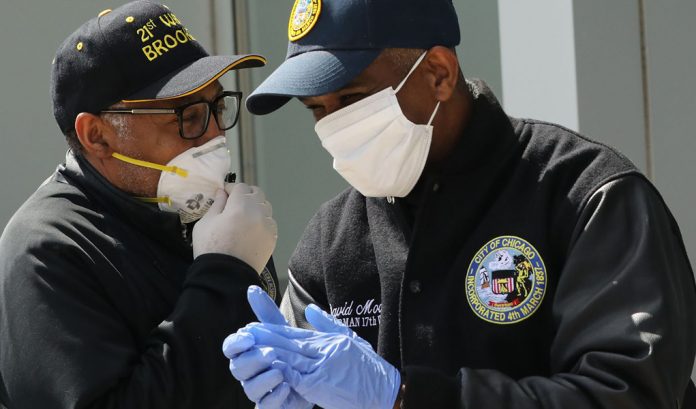 Nearly 70% of the city’s COVID-19 deaths have been African Americans, who make up only about 30% of Chicago’s total population, according to a Tribune examination of data from the Cook County medical examiner’s office and the Chicago Department of Public Health published earlier this week.

Lightfoot was asked about it on the nationally televised talk program and said, “This is an issue that’s not unique to Chicago, unfortunately.”

African Americans across the country are being hit harder than others partly because of “the underlying conditions that people of color, particularly black folks, suffer from,” including diabetes, respiratory illnesses, and heart disease, Lightfoot said.

“The kind of things that we’ve been talking about for a long time, that plague black Chicago, that lead to life expectancy gaps, this virus attacks those underlying conditions with a vengeance.”

She added that a man she knew well who had an underlying condition passed away quickly upon contracting the disease.

“It is devastating our community,” Lightfoot said.

Lightfoot also was asked about Dr. Anthony Fauci’s statement that the economy might begin reopening on a rolling basis in May and whether that would be true in Chicago.

“We cannot open up the economy until we make sure that we’ve got all the healthcare controls in place,” Lightfoot said. “That means widespread testing, contact tracing, and we’ve got to see not just a flattening of the curve but a bending down.”

The city’s “trending in the right direction,” Lightfoot said. Cases had been doubling every one-to-two days and now are roughly every nine-to-10 days.

“But we’ve got to see a lot more progress on the healthcare front before we can even start talking about reopening the economy,” Lightfoot said.

Workers Are Slowly Coming Back to the Office, But Less Than...