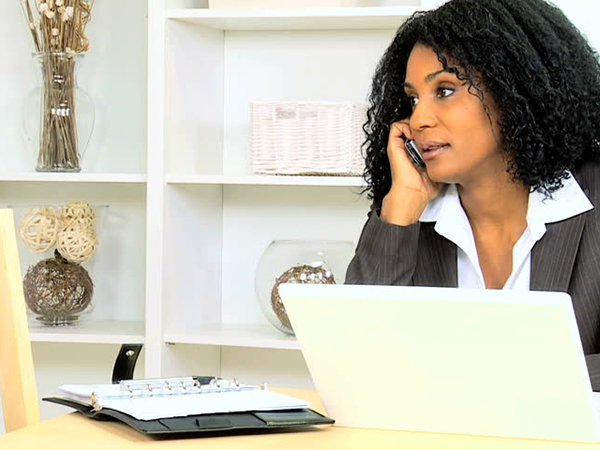 The unemployment rate has been on the decline in recent months, reaching the lowest it has been since 2007. But these numbers can be deceiving. Yes, more people are working, and fewer individuals who had lost jobs are accepting unemployment compensation, but that doesn’t tell the entire story. Behind the glowing news headlines lies the ugly fact that middle-class Americans, after you adjust for inflation, are earning no more today than they did nearly 40 years ago.

They aren’t getting ahead; they are just getting by.

There are plenty of people who have successful businesses and some who get nice yearly raises and promotions, but they still fall into the category of what I call the “high-earning poor.” On the surface, they may not look broke. They may even appear prosperous. But if you looked at their balance sheets, you would see they are living paycheck to paycheck. They have a nice income, but they are asset poor. And it is all a matter of money management.

These individuals have no emergency fund whatsoever. A financial emergency would sink their ship in a hurry. They have no retirement savings to speak of because it takes all they earn just to maintain their lifestyle. Many people consider $70,000 to be at the high-end of the salary range in America today. But with an average house in an average neighborhood with two cars, two kids and a mortgage, that is a tough number on which to get by, much less salt money away for your golden years.

Would it surprise you to learn that I know people who are earning double and triple $70,000 per year who still live from paycheck to paycheck, and are saddled with burdensome debt? Well, it’s true.

There are a couple of reasons for this. One is that the traditional 401(k) plans that were introduced back in the 1980s have become the pillar of most people’s savings. That’s great, but the problem is that, after putting money into these retirement plans, people don’t have any left over. They can’t touch these accounts (without penalty) until they reach age 59A1/2. And they don’t have much left over for savings or emergencies.

The emergency account should be flush for when we get into a pinch. It should be the reserve we use to keep us from tapping our savings or going into debt, which is worse. A good rule of thumb is to have at least six months’ income (but preferably nine) for the unexpected during your working years. A car breaks down. The roof needs replacing. An illness or accident interrupts your flow of income. It is just basic financial planning to have such a fund.

The emergency fund needs to be liquid. If you can put the money to work for you, well and good, but you need to be able to write a check or visit an ATM and obtain cash in an instant.

Sadly, we should expect the number of high-earning poor Americans to grow. The findings of a Schwartz Center for Economic Policy Analysis survey were reported in this Forbes article: “The Retirement Crisis: Why 68% Of Americans Aren’t Saving In An Employer-Sponsored Plan.” The headline says it all. What are they thinking? That Social Security will be enough to carry them through? For the youngest of the bunch, there is no guarantee Social Security will pay out the full amount of benefits to which you’ve contributed. As it stands currently, the benefits the younger generations might expect are likely to be a much-diminished version of what they are today.

The article pointed out that almost half of working Americans are not offered retirement plans by their employers. Yet an alarming number are offered a plan and simply decline to participate – even if the employer is providing matching funds. If your employer is offering matching funds, that is free money! Jump on it. Needless to say, with all those Americans simply not saving for retirement, the number of high-earning poor will only increase in the future.

An obsessive pursuit of a paycheck

There are other factors as well, including poor financial choices, such as living above your means, which lead to more high-earning poor Americans. Another factor is too many of us chase the paycheck. As we climb the ladder of success, we tend to hang our identity and our financial security on our position or title at work, or maybe to our relationship with a corporation that pays us each week for our services and the value we bring to the company. At the end of the day, we wouldn’t be interested in any of those things if they didn’t pay us. Society tells us the more we earn, the better off we will be. The more you make, the wealthier you are. Baseball is not the great American pastime; chasing the paycheck is.

I work with a lot of small-business owners. It is not uncommon for them to have a dead year, a flat year, a year when they are barely making payroll. Then the following year, they may be able to pay themselves $1.5 million, and they come to my office and say, “What should I do with this?” But for those who work for a corporation, or small business they may get a small bump in their pay here and there with small promotions. Usually, the increase comes with a small promotion or a new job title, or both. When this happens, their lifestyle gets a bump as well. What usually follows these raises in pay is an expansion of the recipient’s lifestyle.

It always seems to follow that when people earn more, they feel obliged to spend more on the way they live. There is a sense of entitlement. Lord knows, they tell themselves, I’ve earned it. I have worked hard for it, and now I’m going to enjoy it.

So, if the paycheck won’t make you rich, what will?

— Living below your means
— Aggressively saving
— Disciplined investing
A simple formula to be sure – but one that can help ensure that you do not join the growing ranks of the high-earning poor.

Ladies, Take These 7 Steps to Own Your Financial Future