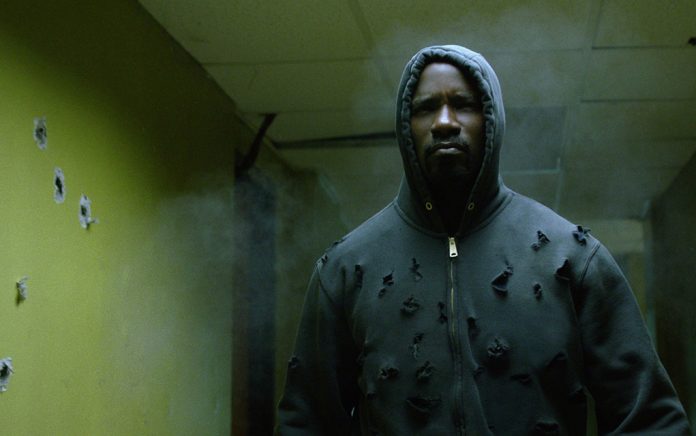 Luke Cage has existed in Marvel Universe for decades, but writer/producer Cheo Hodari has taken Marvel?s first Black superhero and reimagined him from the pages of his comic book to the live action television series on Netflix.

Luke Cage, also known as Power Man, is a no-nonsense, self aware, socially conscious vigilante patrolling the streets of Harlem. Armed with indestructible skin and superhuman strength, he is ready to take down crime bosses and corrupt politicians.

The premiere of Luke Cage could not have come at a more substantial time. Black representation in the media hasn?t been at its most favorable. At a time where being a Black male is difficult, Luke Cage has the added weight of being superhuman. The hardships of the Black community weren?t lost on Hodari when reimagining the show; adorning actor Mike Colter?s superhero character with the official, unofficial, symbol of the black youth: the hoodie.

Colter, in an interview with NPR.com, said the hoodie was inspired by Trayvon Martin.

?When the Trayvon Martin incident happened, I was upset because I felt like, it’s not fair,? said Colter. ?It’s not fair to always have to think about this kind of stuff, because if you’re a black kid you have to think twice. You put that hoodie on, all of a sudden you could be unfairly targeted and it seems that the person could get away with it. It doesn’t make sense to me. I can’t fathom it. So all of a sudden I went out and bought hoodies because I felt like I needed to, somehow, make a stand.?

Men in the series, in solidarity with Luke Cage, also begin to wear pockmarked hoodies. They are showing their support, but also making it clear that black lives are not dispensable.

Luke Cage was originally part of a long line of ?Blaxploitation heroes? of the 70?s like John Shaft and Cleopatra Jones. The genre?s role in exploring and shaping race relations in America were supposed to be a means of Black empowerment, but often perpetuated white stereotypes about Black people. Blaxploitation films catered to America’s Black audiences craving their own riffs on genre cinema, according to Complex magazine.

George White, author of Holding the Line: Race, Racism and American Foreign Policy Toward Africa, said that the Luke Cage remake is what moving forward with positive representation in media looks like.

?There?s this saying ?if you can?t see it, you can?t be it,?? said White. ?If our young people are only seeing the same characters over and over and none of them look like them, it?s going to be hard for them to say I want to be that. Representation matters greatly.?

Luke Cage stands out as a different kind of superhero because he is living like an actual person in the streets he patrols. He is a real person; he doesn’?t hide behind a costume or a cape. Jordan Jeffers, a marketing major at York College, said Cage’s character is down to earth and relatable because he grew up on the streets he is trying to save.

?”He?’s lived the struggles as a normal person and now he?s trying to change his surroundings,?” said Jeffers. ?He isn’?t like all the superheroes who have alter egos; he?s the definition of a hero and a role model because he is showing that you can make real changes – no matter where you come from. But, it doesn?’t hurt that he?s indestructible too.?

Tiana historic, but for whom?