CANNES, France (Reuters) – The makers of acclaimed Russian tragedy “Leviathan” screened their new movie at Cannes on Thursday, another personal drama with political overtones that the producer says politicians are sure to hate.

“Loveless” is the story of a couple on the point of a bitter divorce when their 12-year-old son goes missing. Spoiler alert: the crisis does not bring the husband and wife any closer and things go from grim to horrific in a drama lightened by flecks of black humor.

While less explicitly politically than “Leviathan” — about a man whose house is confiscated by a corrupt official — critics were quick to identify underlying themes that might not please President Vladimir Putin.

“(Director) Andrey Zvyagintsev can’t come right out and declare, in bright sharp colors, the full corruption of his society, but … he can make one like ‘Loveless’, which takes an ominous, reverberating look, not at the politics of Russia, but at the crisis of empathy at the culture’s core,” wrote Variety’s Owen Gleiberman.

The film’s producer told reporters why “Loveless” had been made without the government funding that the Oscar-nominated “Leviathan” had received.

“The ministry of culture of Russia went to great pain to emphasize how they dislike Leviathan and their desire to avoid any repetition of this kind of mistake in the future,” Alexander Rodnyansky told a news conference, speaking in English.

“That?s why I decided that we don?t need to embarrass them again and decided to do the movie on our own.”

In his 5-star review, Peter Bradshaw of The Guardian said: “Loveless … has a hypnotic intensity and unbearable ambiguity which is maintained until the very end. This is a story of modern Russia whose people are at the mercy of implacable forces, a loveless world like a planet without the full means to support human life …”

Rodnyansky said that although the film was about “Russian life, Russian society and Russian anguish … it?s not specifically Russian, I believe it is very universal.”

“(Zvyagintsev’s films are) always about people, and not politicians, and that is why, by the way, politicians never like these movies.” 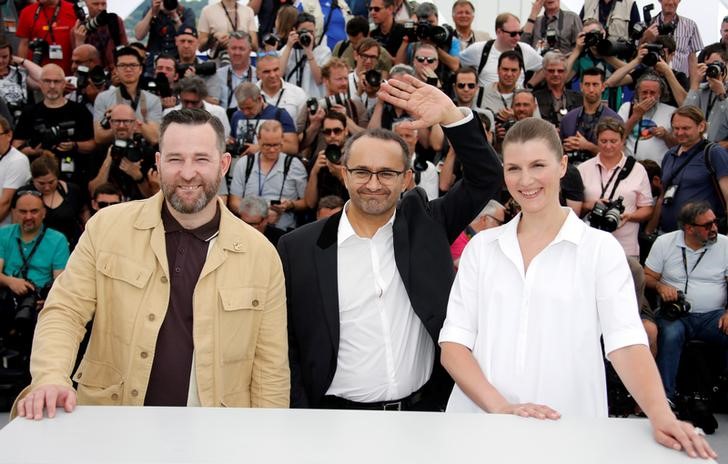