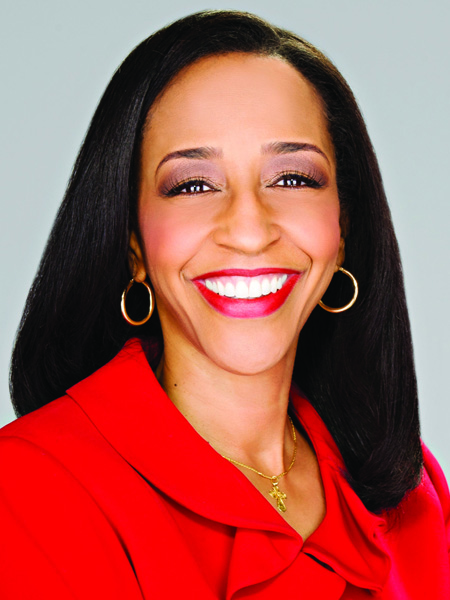 If it seems that being vice president of community relations for Coca-Cola North America is a lot of fun, that?s because, according to Lori George Billingsley, it is. Billingsley manages a staff of six and a $20 million budget to oversee Coca-Cola?s community giving and wider engagement, as well as employee volunteerism. She and her team also drive advocacy with key partners around Coca-Cola?s programs, products and policies.

?I get to work with so many interesting people and organizations,? explains Billingsley. ?I enjoy learning about programs we?re supporting that are making a difference across North America and working cross-functionally with my Coca-Cola colleagues.?

Billingsley is a Howard University alum with a bachelor?s degree in public relations, a master?s in public communications from American University; and a diploma in pastoral studies from World Harvest Bible College. Before joining Coca-Cola, she ran her own public relations consultancy, LG Communications, which served
corporations, nonprofit organizations, associations and PR firms. She was a columnist for ?PR Week?; a vice
president at global PR leader Porter/Novelli; and an associate professor and lecturer of public relations at Ohio Dominican College, Howard University and World Harvest Bible College, in that order, for five years. Billingsley was named one of Atlanta Business League?s 2014 Top 100 Black Women of Influence and received the 2010 Howard University John H. Johnson School of Communi-cations Global Visionaries Award for excellence in leadership and service.

An ordained minister, who sometimes dreams of living in an oceanfront property on Hilton Head Island and owning a Gulf Stream G550 Jet, Billingsley says she ?lives on purpose,? not allowing herself ?to get in a rut.?

?I pray, seek wise counsel of others, come up with a plan and move on. I try to look at everything through the lens of it ultimately working out for my good,? she says.