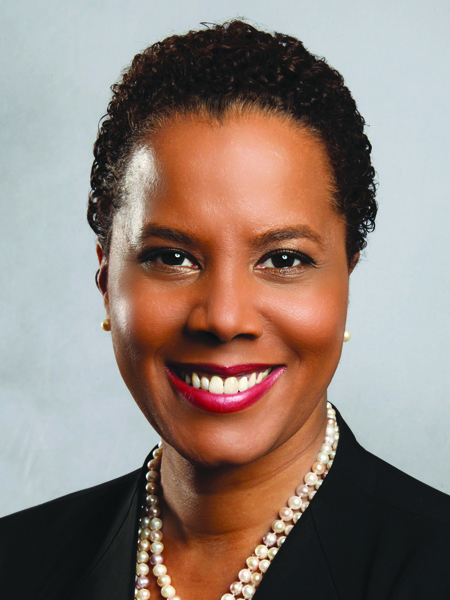 From watching the 1960s detective series fiction ?Perry Mason? as a child, to her father?s discussions with her about of legislative efforts in the New York State Assembly, Leecia Eve was exposed to law at a very early age. ?With four brothers, and being the only daughter, my father figured that I?d become a lawyer because I had to advocate to defend myself verbally, which is what lawyers do. We communicate and make an argument, no matter what kind of
specialty lawyer we may be,? says Eve. Today, she is Verizon?s vice president of State Government Affairs for the tristate area (New York, New Jersey and Connecticut) at Verizon Communications, working with some of the region?s most powerful state and local elected officials to promote public policy.

Eve holds a bachelor?s degree from Smith College, a master?s in public administration from The John F. Kennedy School of Government at Harvard University and a Juris Doctor from Harvard Law School. She began her legal career as an attorney, working for New York state?s highest court and then in her native Buffalo, New York, and Washington, D.C. This experience and her strong educational background led her to such high-profile roles as general counsel for Joe Biden when he was the ranking member of the U.S. Senate Judiciary Committee; senate counsel and Homeland Security adviser to then-U.S. Senator Hillary Clinton before and after the Sept. 11, 2001, terrorist attacks on the United States; and chief economic develop-ment adviser for New York state Governor Andrew Cuomo ? her most recent appointment before joining Verizon in July 2013.

Eve serves on nonprofit and public-sector boards in New York and New Jersey, and enjoys the arts of all kinds and hosting her annual Academy Awards party.