Home Small Business Black Entrepreneurs Laughing it Up: New Comedy App “Laugh.ly” is in a Class By... 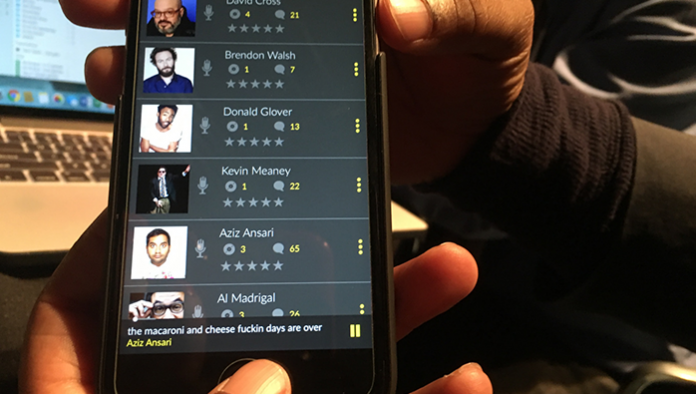 Serial/tech entrepreneur Dave Scott and his team want to keep you laughing with their new app, Laugh.ly, the first stand-up comedy application platform that is solely dedicated to comedy.

?We are very much akin to being the Pandora or Spotify of stand-up comedy where you can listen to comedy on-demand any time you want with a repertoire of more than 500 comedians over more than 30,000 tracks. We are an extremely dedicated platform created with comedy lovers in mind. We offer an opportunity for the comedy fan to listen to comedy their way,? Rashidi Hendrix, Chief Content Officer, told TNJ.com in a recent interview.

At Laugh.ly, Hendrix?s role is in the content space. He fosters the relationships with the entertainment industry in regards to how content is acquired doing all the licensing deals, creating the strategy for the company?s original programming as well as content opportunity and business development. Essentially, he cultivates the brand and keeps its active business going.

Laugh.ly is Scott?s third tech startup; after selling his first two, he is now very familiar with the startup space, which made the launch of Laugh-ly easier than what some founders experience when building an app. A Wharton School graduate who was named CMO of the year three times, ?Dave used his amazing business school savvy and marketing background to create a unique blueprint for the company,? Hendrix says.

?And because of his relationships with engineers and designers in the tech space, he was able to pull the right people together relatively easily to create a dream team of programmers. It?s very different doing a comedy app compared to say, an e-commerce app, so I think there was a lot of interest from designers in doing something that?s different, but very much within the scope of their abilities,? he adds.

The returns have been big.

Since its launch, the accolades the app has received are many: it was chosen four times by Apple editors and profiled at the App Store and on the iTunes home page; it was included in the ?Apps We Love? section in the Apps store (a mention that only one percent of all apps ever get); it recently won the entertainment category in a SXSW competition; it was just nominated for a Webby (similar to the Oscars for apps!) it won this year?s People’s Choice for Apps award at the Bay Area Apps Festival; it is currently ranked in the Top 15 Start Ups in Silicon Valley; and it is a finalist in the highly acclaimed TechCrunch Disrupt Battlefield competition. And regarding listening sessions, Laugh.ly has surpassed Pandora in terms of listening minutes per session. In other words, ?people are going to the app and staying on the app for comedy,? notes Hendrix.

And thanks to the dream team Hendrix mentioned, challenges have been few. ?Creating an app from the ground up is a very difficult task, but we have one of the greatest engineering teams I?ve ever come across and that has really eliminated all of the pitfalls that a lot of apps go through when they first start. That?s always the key: the team,? he says.

Coming up on its one-year anniversary, the ever-innovative Laugh.ly has more in store for its users.

Says Hendrix, ?Our upcoming plans include continuing to roll out a slate of original programming that will be available on the app. We will have comedians curating shows and great programming where you will be able to enjoy the app in a way that connects you with the comedian. It?s a great opportunity for the fans to get closer to discovering new comedians and new jokes. Discovery is what we are leaning towards as we grow our user base; it?s an opportunity for people to not just be subjected to the comedians they like, but to learn about other comics as well.?

?As we covet ourselves as being unique, we?re still always striving to do better,? Hendrix says about the company?s short- to long-term goals. ? We want to continue on our path to creating more user experiences and more opportunities for users. We hope we can do more work in the comedy industry. That?s one of the things we are very proud of is that we are influencing the comedy industry by creating more opportunities for comics that did not exist before.?

Jessie Armstead: Still in the Winner's Circle at Hamilton Honda