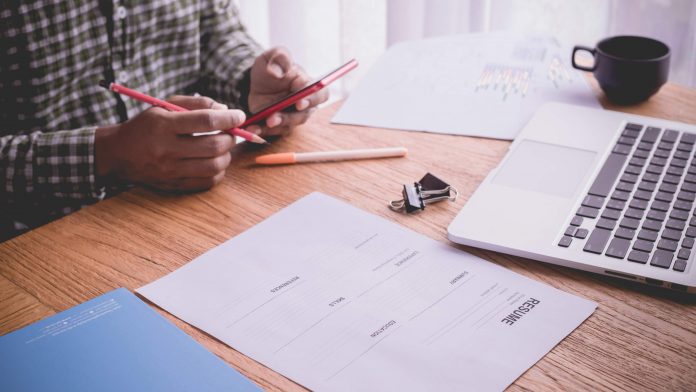 Working as a real estate broker wasn’t giving Cort Howard the steady income he wanted or enough time with his family, so last October he began looking for a new job. In addition to networking, Howard, 54, hired Joe Konop, owner of One Great Resume, to help him craft a resume that highlighted his relevant experience and skills, not his age.

The ageless resume omitted key dates while emphasizing Howard’s sales experience and the 15 online technology courses he’d recently completed. The $350 Howard spent for the resume, cover letter and an edited LinkedIn profile produced a big payoff: By late December, Howard landed a salaried position as a territory sales manager with a software manufacturer.

Even in the best of times, older workers may have difficulty attracting prospective employers, who typically prefer tech-savvy younger generations that can be hired for less money. But these are not the best of times. Between February and May, unemployment soared from 3.5% to 13.3% because of the pandemic.

Although some businesses have started hiring, many jobs may be slow to return, if they do so at all.

Whether you’re looking for work later in life to advance your career, supplement retirement income or replace a job lost to the pandemic economy, you’ll need to market yourself to prospective employers without scaring them off. That will require a LinkedIn account as well as a resume that will get past the computerized applicant tracking system, which most major companies use to winnow down candidates.

As a result, 75% of resumes are never seen by human eyes, and if yours does get past these electronic gatekeepers, the initial glance at a resume is just 10 seconds, says Amanda Augustine, a certified professional career coach and resume writer with Talent Inc., a career services company.

In an age of social media, networking through professional and personal contacts to land a job matters more than ever, but to secure the initial interview you’ll still need a resume. Howard had to submit one even though he knew someone who worked at the company that ultimately hired him.

Professional resume writers describe three types of resumes: the chronological (organized by dates), the functional (jobs grouped according to skills), and a hybrid of the two, which Augustine considers the ideal format. Using a functional resume can signal to employers that you are trying to hide something, whether it is age or employment gaps, Augustine says.

At the same time, older job seekers should provide only select details to guard against age discrimination, Augustine advises. “Cut back on what you’re sharing,” she says. Generally, it’s best to remove dates of graduation unless they are within the past year or two.

Your resume also shouldn’t list every job you’ve ever had. Only the past 15 years of work experience belong on the resume. If a position you’ve held in that time began earlier–say, in 2000, lasting until 2013–include it anyway. Older relevant experience can be noted in a short paragraph with the heading “earlier roles,” “career notes” or “earlier career experience” to show the progression of your career, Augustine says, but describe the role or title without dates.

Age discrimination isn’t the only reason to limit work experience from long ago. Technology and industries evolve rapidly. From an employer’s perspective, it’s not just what you know that counts but how current that knowledge is, says Rich Feller, a professor of counseling and career development at Colorado State University and a past president of the National Career Development Association.

A resume is a marketing tool with you as the marketed product, so think about the details that might catch an employer’s eye. A professional summary at the top of the first page or a list of key skills in the top third of that page should give a quick snapshot of why you qualify for the position you seek.

The resume should also tout major accomplishments at each job. Hiring managers want to see how you have used your skills and qualifications to the benefit of past employers. Did you generate savings and profits, or develop new ideas and products? Show what you accomplished for a particular employer such as “grew sales by 25%” or “saved the company 30%,” says Dawn Fay, senior district president for the Northeast at staffing agency Robert Half.

Keep it short; limit the resume to two pages.

Although it’s useful to have a base or foundational resume, make sure it will “suit the role you are going after today,” Augustine says. That will require tailoring the resume as much as possible to each position. Because that takes more time, only apply for jobs that are a good fit. “Slow down to go faster,” Fay says. “You may apply to fewer positions but may get more traction.”

One way to tailor a resume is to pick up many of the same key words used in the ad to describe the skills, training, education and experience the position requires. “Go into the job description and take out all the competencies and put them in your resume,” Feller says. Check for descriptors, even the kind of lingo used in the job description, adds Fay.

The more key words the resume has, the better the chances are that it won’t be eliminated by the applicant tracking system in a search for skills and experience that match the position. But don’t just parrot essential words; you must be able to document the skills you have, experts say.

If you don’t have a key requirement, take a course in it right away. “You have to demonstrate that you’re learning,” Feller says. Search coursera.org for an online class from a top-tier university, or obtain a certificate in a specific technology or area of expertise that improves your qualifications. This is particularly important if you are segueing into a related or different field. If so, you may want to research the qualifications employers seek. Websites like onetonline.org describe different types of work and the specific skills required.

Keeping skills current is a good way to go even if your career isn’t changing direction. Researchers have found that age discrimination is higher for women and for those in lower-skilled positions such as administrative assistants, retail salespeople and security personnel. “With higher-skill jobs, recruiters are looking for skills and fit rather than demographics,” making age discrimination less likely, says Patrick J. Button, an assistant professor of economics at Tulane University.

Still, age discrimination only worsens in a bad economy. “When unemployment increases, discrimination increases,” he says. Many employers believe “it’s more difficult for older workers to work safely” during the pandemic. Recruiters and hiring managers think older workers will be bored in a job that requires less experience and won’t stay long, adds Augustine.

— SEE MORE 15 Safe Ways to Earn Extra Cash in the Age of the Coronavirus
Although it’s easy to fall into the trap of believing “‘nobody’s going to hire me, I’ve been around too long,’ don’t assume the objection,” Fays says. “You have so much knowledge and experience to add value to an organization.”

Make Your LinkedIn Profile Ageless, Too

In a digital world, a LinkedIn profile rules. Although it began as a networking tool, the profile, which describes a person’s experience and accomplishments, has morphed into something more.

“LinkedIn is clearly the new resume,” says Rich Feller of Colorado State University. “Employers look for that first. They think you’re not tech savvy if you don’t have one. It’s a screening device. It was the college degree; now LinkedIn is.”

Some employers encourage candidates to apply for a job through LinkedIn, and it’s also where recruiters go to fill positions. If your LinkedIn and Facebook profiles don’t match your resume, the discrepancies will raise red flags, and recruiters look for them.