(Reuters) – Ohio police have made no arrests yet in a fatal weekend shooting in a Cincinnati nightclub, in part because there was no security video footage available to investigators despite a history of violence at the venue, authorities said on Monday.

The shooting at the packed Cameo Nightlife early on Sunday left a 27-year-old man dead and 16 others wounded; the number of wounded had initially been put at 15 people.

The gunfire, which sent hundreds of patrons fleeing and ducking for cover, grew out of a dispute inside the club, where two shootings took place in 2015, authorities said.

Unlike last year’s massacre at a Florida nightclub, there was no indication that the Cincinnati shooting was “terrorism-related,” authorities said on Sunday. The rampage in Orlando last June was the worst mass shooting in U.S. history, leaving 49 people dead.

Even though Cincinnati police lacked a video recording of the chaos, Chief Eliot Isaac said on Monday the department was confident of finding those responsible.

The best witnesses to the shooting were those who had been shot and were still recovering, Isaac said at a televised hearing of the public safety panel. In addition, some witnesses were reluctant to cooperate immediately after the incident, police have said.

Isaac said the number of wounded rose to 16 after another person came forward late on Sunday claiming to have been hit by gunfire. Two people remained in critical condition at the University of Cincinnati Medical Center.

Patrons managed to bring guns into Cameo Nightlife even though four off-duty police officers were providing security in the parking lot. Employees also used handheld metal detectors to check patrons for firearms before they could enter the club.

Even so, one customer told the Cincinnati Enquirer newspaper that clubgoers in a “no-wait” line were not being screened.

Club owner Julian Rodgers issued a statement late on Sunday expressing condolences to the victims. “We will do everything in our power to cooperate and make sure the monsters that did this are caught and brought to justice,” he said.

A telephone call to the club was not answered and its Facebook page was unavailable. However, late Monday Cincinnati City Manager Harry Black said on Twitter that the club had voluntarily surrendered its liquor license and that the facility would be closed until the investigation is complete.

The shooting was the worst this year in the United States in terms of the total number of dead and wounded, according to the nonprofit Gun Violence Archive, which tracks U.S. shootings. 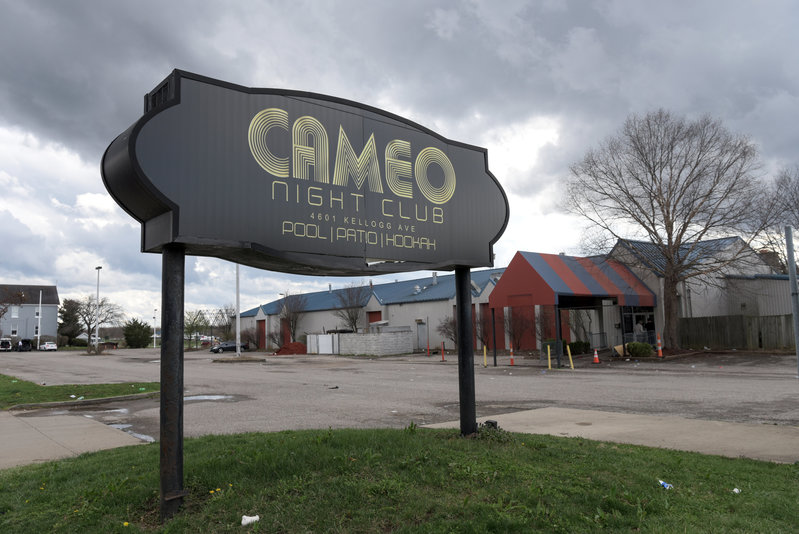