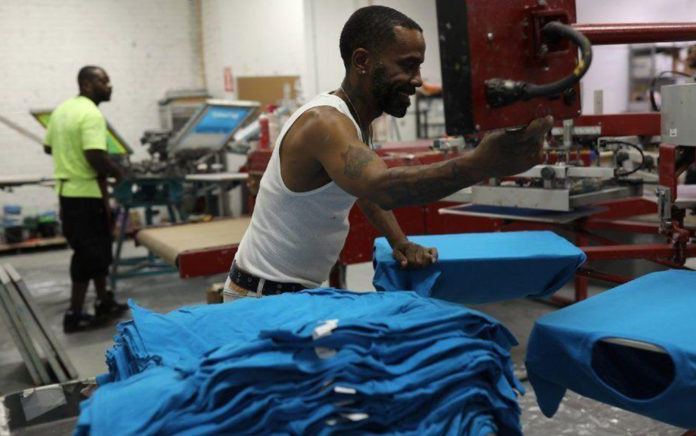 The Chicago Entrepreneurs of Color Fund, modeled on a similar initiative in Detroit, will provide capital, training and technical services to entrepreneurs whose businesses have the potential to grow but often struggle to qualify for traditional loans.

?If it?s replicable, we want to do it everywhere,? Chase Chairman and CEO Jamie Dimon said. ?We can?t do it overnight, but you?re going to see it expand.?

An additional $1 million grant from New York-based JPMorgan Chase will extend business mentoring programs at the University of Chicago and Northwestern University.

The overall investment from Chase ? $4 million ? is part of the bank?s commitment to invest $40 million in historically underserved South and West Side neighborhoods.

Chicago is the fourth city where Chase is setting up an Entrepreneurs of Color Fund. The concept got its start in 2015 in Detroit as a partnership between Chase, the W.K. Kellogg Foundation and the Detroit Development Fund. The Detroit fund tripled in size to $18 million last year, and Chase announced similar funds in San Francisco and New York?s South Bronx area earlier this year.

Chase is investing $3 million in the Chicago fund, and Fifth Third, which also contributed to the Detroit fund, will invest $2.5 million. Fifth Third funds similar initiatives on its own, but it was happy to partner with a competitor, said Eric Smith, the Cincinnati-based bank?s regional president for Chicago.

?There are opportunities to compete when looking for clients and business opportunities, but when it comes to investing in the community, I don?t think there?s any competition,? Smith said.

Local partners Accion Chicago and the Local Initiatives Support Corp., or LISC, have committed to helping 1,000 entrepreneurs of color in the next two years with a mix of capital, coaching and technical assistance, including by providing loans to roughly 400 small businesses, Chase said. Accion will handle loans up to $100,000, and LISC will administer larger loans, up to $500,000.

While small businesses drive most of the hiring in the neighborhoods Chase wants to support, only about 18 percent of Chicago businesses are owned by people of color, including 2 percent owned by African-Americans, said Whitney Smith, executive director of global philanthropy for the Midwest region at Chase.

?Capital, plus technical assistance and mentoring, we feel is a great way to strengthen neighborhoods by providing jobs and much-needed services,? she said.

Chase and Fifth Third?s local partners in Chicago and Detroit were already providing coaching and capital to business owners who struggle to qualify for more traditional bank loans.

But Brad McConnell, CEO of Accion, said the nonprofit lender doesn?t have the funds to reach all the business owners who could put the money to good use.

?There?s an enormous amount of additional entrepreneurs trying to build good businesses in tough neighborhoods we?re not reaching but could with additional capital,? McConnell said.

Vernita Johnson, owner of DLV Printing Service in Chicago?s South Austin neighborhood, said she found that mentoring valuable even though she?d been in the screen printing and embroidery business for about 20 years when she sought her first loan from Accion. Johnson borrowed $25,000 three years ago to purchase a new embroidery machine.

?It took the business to another level,? she said. ?We started having staff meetings every Monday like clockwork and doing things we probably should have been doing all along.?

The initial loan from Accion and a subsequent $50,000 loan, both since repaid, allowed her to invest in equipment that helped her take on larger orders and increase her staff from three employees to eight. Johnson said she had sought credit from traditional banks before but was turned down.

?That?s why it took 20 years to get to a certain level,? she said. ?You struggled more to get to the same point.?

Dimon said Chase?s experience in Detroit showed the importance of the extra services and hands-on help.

?Whether it?s help with contracts or a business plan, there are a whole bunch of other things we can do to help them get going,? he said.

Since the Detroit Entrepreneurs of Color Fund launched in 2015, it has lent or approved $5.32 million to more than 50 minority-owned small businesses. Those businesses in turn have created or preserved more than 740 jobs, Chase said. So far, only one has defaulted.

?Considering the risks we take, that?s pretty reasonable,? said Ray Waters, president of the Detroit Development Fund, which partnered with Chase. ?If it were lower, I?d think we were not taking enough risks.?

One of the success stories in Detroit is Benkari, a plumbing, heating and cooling company that sought a line of credit to help it tackle what was, at the time, its largest contract, for work constructing the Little Caesars Arena.

It was a major opportunity, with one problem: Benkari didn?t have deep enough pockets to cover payroll, benefits and other upfront costs before receiving payment for its work, said Adrienne Bennett, the company?s president and CEO.

Bennett had tried to get a line of credit once before, but one bank turned her down and another wouldn?t agree to a large enough loan. This time, she went to the Detroit Development Fund, which recommended the Entrepreneurs of Color Fund.

She got a $200,000 line of credit, and Benkari completed the arena project ahead of schedule, which has helped the company land more big contracts, she said.

?It just took us to a totally different level,? Bennett said. ?General contractors are looking at us in a way they never did before.?

Benkari is ready to transition to a line of credit with a more traditional bank, said Bennett, who planned to meet with Chase on Thursday.

While more capital helps, Johnson, the South Austin business owner, stressed the importance of not just bringing in more money, but also getting the word out about existing resources.

Johnson said she?d previously passed up opportunities because she didn?t have the equipment to handle bigger jobs or couldn?t afford to tie up cash in materials while waiting to be paid for the finished product.

Profits in the Cloud and Beyond