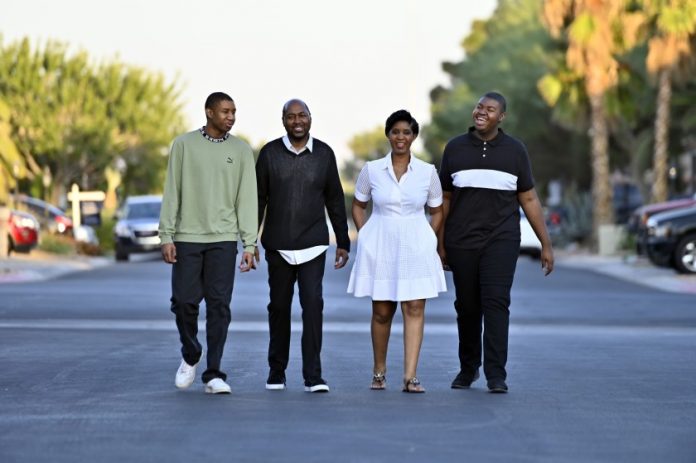 Joe Biden’s defeat of President Donald Trump made some Black Americans jump for joy and others hold hands and pray. It freed Black mothers and fathers to imagine a future for their children defined by tolerance and mutual respect.

And it made Black people feel proud that in voting for Biden, who set the stage for California Sen. Kamala Harris to be the nation’s first woman of color vice president, they’d personally bent the arc of history toward racial justice.

But Black people’s pride, their jubilation, their sense of having weights lifted off their shoulders — all of the emotions they’ve displayed come tinged with a wariness.

They helped elect Barack Obama, the nation’s first Black president in 2008, expecting a new era of racial understanding in the U.S., only to spend the last four years listening to Trump’s racist insults, his attacks against his predecessor and his defense of white nationalist militias. They’ve watched for months as he’s mocked people for wearing masks to slow a COVID-19 pandemic that’s devastated Black communities.

So many hopeful moments for Black people wind up feeling like false promises. Biden supporters hope this time is different.

About 87% of Black voters chose Biden over Trump, preliminary exit polling shows. As officials in the heavily Blackmetro areas of Philadelphia and Atlanta counted ballots through the end of last week, it was clear that Biden’s overwhelming support in the Black community helped him surge past Trump in both Pennsylvania and Georgia, just as it had helped to revive his primary campaign when he won the South Carolina primary.

Biden himself acknowledged the debt he owes to Black voters, and their foundational importance to the Democratic Party, in his victory speech Saturday night. He thanked them for having his back and promising them, “I’ll always have yours.”

While some Black Americans took Biden’s election as another chance to imagine a better future, others looked to the past, viewing Biden’s win as vindication, in a way, for America’s long history of enslaving, discriminating against and killingBlack people.

Biden’s victory felt like a gift from God to Tennessee State University President Glenda Baskin Glover. President of the predominantly Black Alpha Kappa Alpha sorority that Harris joined as a student at Howard University, Glover was in a board meeting when she heard the news. She immediately asked those gathered in the room to join her in prayer.

“We just praised God,” Glover said. “It was a spirit of gratitude for our democracy at work.”

Glover said that fighting racial injustice through the ballot box is personal. When she was growing up in Memphis, Tenn., in the 1960s, her family’s home served as a safe house for civil rights activists. She remembers a neighboring Black family’s house being set on fire in a racially motivated arson.

America faces a new wave of white supremacy, and Black women, in particular, were compelled to push back against it, she said.

The Democratic victory was in large part the result of a lot of hard work among Black female voters, Glover said. More than 90% of them voted for Biden, according to preliminary exit poll data.

Glover said Harris called her Saturday to express her thanks for the support of hundreds of thousands of AKA sorority sisters and fellow alums of historically Black colleges and universities.

“It was historic when Barack Obama won but this is something special for Black women,” Glover said. The election of Biden and Harris reaffirms her belief that Black women are “the foundation of this nation.”

Pearl Dowe, a political science and African American history professor at Emory University in Atlanta, agrees that this is a moment for Black women to take stock of the power they have to essentially rescue the country from Trump.

“As a Black woman, to save yourself, you have to save others,” said Dowe, 48. “This is the culmination of the work thatBlack women have done for years, to get out the vote, fight for voting rights, educate voters on the issues. I volunteered as a poll worker this year.

“It’s a testament to our labor and investment of time to see that cities with big Black populations turned the tide for Biden,” she said.

Venice Williams of Milwaukee worries that not everyone in America is ready to embrace the racial tolerance and Blackpolitical empowerment that the Biden-Harris administration would symbolize. She was reminded of that Saturday morning.

Williams, 59, is executive director of Alice’s Garden, an urban farm in Milwaukee’s historically Black north end that promotes racial healing and Black entrepreneurship. On Saturday, she went to shop at a winter farmers market where most of the produce sellers were white people whose farms are located in rural and more conservative communities outside the city.

As news of Biden’s win spread across the country, people were rejoicing in the streets. But the mood at the market was somber, she said.

If it hadn’t been for Black people excitedly telling her that Biden had won, Williams said, she wouldn’t have known that history had just been made.

“As a people, we know that nothing’s going to change for us from today to tomorrow,” Williams said of Black Americans. “The battles are going to continue. Having a Black female vice president is going to make some people angry… I hate to be the person to say that, but I need to be realistic. … That fear and ignorance are not going away soon. “

For Williams, the election of Biden and Harris represents not so much the end of the tension and conflict of the Trump era but the birth of what she calls “a new Reconstruction.” She expects the two Democrats to give attention and federal funding to the ills that make life hard for Black people .

Wendy Shelton of Las Vegas doesn’t want to get ahead of herself either.

The 53-year-old leapt with delight on Saturday morning and used her house’s PA system to blast a wake-up call of historic proportions into the bedrooms of her still-sleeping sons: “I was like, get up! Our 46th president is Joe Biden and we have the first female, and the first Black female, vice president,” Shelton said.

Shelton wants her two sons to grasp that Biden’s win is a victory for Black women like her — and for young Black men like them.

“But as much as I’m celebrating right now,” she said of Trump’s loss, “I’m still very mindful of the violence that this man could potentially incite” until Inauguration Day.

“The thing that I think about the most is my children,” Shelton said. “I’m a spiritual person, and all I can say is I pray that they’re going out into a better world, a safer world than if the outcome had been different.”

No one has to remind Moore, the South Carolina state legislator, of how hard it will be for a divided America to create that better world.

Moore’s sister Myra Thompson was one of the nine Black worshipers shot to death by a white supremacist at Mother Emanuel AME Church in Charleston in 2015. The 35-year-old ran for the Legislature three years later in part because he wanted to do something positive with his grief, and to honor his sister and the other victims.

Biden has on numerous occasions spoken of how the massacre left him heartbroken and how visiting the historicallyBlack church has taught him lessons about resilience.

“I’m so proud of my country and I’m so grateful for my people,” Moore said as he reflected on Biden’s win.

But Moore had another reason to believe that he’d seen another, more decent, side of his country on Saturday.

Moore has a 15-month-old daughter named Mariah. She was an infant when Harris was running for the Democratic nomination in 2019. Moore decided to back Harris then because he wanted his daughter to know that America had the capacity to make a Black woman its leader.

Just days before Biden tapped Harris as his running mate in August, Harris, who’s friends with Moore, called to sing “Happy Birthday” to Mariah. Moore spoke to Harris by phone after Saturday’s projections of a Biden victory. This time, Harris was one big step closer to making Moore’s vision for the America his daughter will grow up in a reality.

“For my little brown girl, to see that the vice president looks like her — that’s huge,” Moore said.

“That’s what America was on Nov. 3,” Moore said. “Then you got people dancing in the street.”

Like Williams in Milwaukee, Moore has no illusions about the long road ahead as both Biden and Harris try to deliver on their promises to unite the country.

But he hopes Americans, regardless of their race or political leanings, will at least realize the importance of what they saw on stage Saturday night: Biden, a white man, and Harris — the daughter of a mother from India and a father fromJamaica — standing side by side. That image reaffirmed something Moore and many other people of color already know: that America’s diversity has always been its strength, not its downfall.

“Once again, America found a way to correct itself,” Moore said of Biden’s win. “That’s what makes America great.”