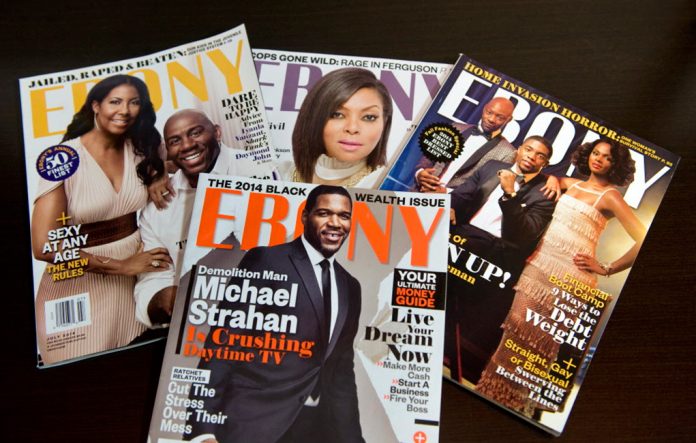 Johnson Publishing, whose iconic Ebony and Jet magazines chronicled black life in America for decades, has filed for bankruptcy and plans a court-supervised sale of its assets.

The 77-year-old company, which sold Ebony and Jet almost three years ago, on Tuesday filed for Chapter 7 bankruptcy after it was unable to restructure its operations or arrange financing or a sale.

“While the process is now in the hands of a Chapter 7 Trustee, Johnson Publishing Company is grateful for its 77 years of existence, and the unwavering loyalty, dedication and commitment of its employees, vendors and customers,” the company said in a news release. “The incredible legacy and impact of Johnson Publishing Company will always be honored and hold a proud place in the African American experience.”

The company has between $10 million and $50 million in assets as well as liabilities, according to the bankruptcy filing made in Chicago. Creditors listed in the filing include retailers Hudson-Bay and Macy’s, and former Johnson Publishing CEO Desiree Rogers.

Johnson Publishing was founded in Chicago in 1942 by John H. Johnson. In 1945, he launched Ebony, a monthly lifestyle magazine. Six years later, Jet, a digest-style publication that initially was billed as “The Weekly Negro News Magazine” began publication. Fashion Fair cosmetics made its debut as one of the fist cosmetics lines for women of color in 1973.

The company’s mission was to be the “curator of the African-American experience, past, present and future,” Johnson’s daughter, Linda Johnson Rice, who succeeded her father as CEO in 2003, told the Tribune in 2014. John Johnson died of heart failure at age 87 in 2005.

For years, the magazines captured the essence of black life in America with human interest, celebrity and lifestyle photography and stories in Ebony. News of black America dominated Jet.

And for 50 years, the company sponsored the Ebony Fashion Fair, a traveling runway show led by Johnson’s wife, Eunice Johnson, with designs by Christian Dior, Karl Lagerfeld and others, modeled by African-American women and men. For decades, Fashion Fair was the preeminent makeup brand for women of color.

Yet in the past few years, Johnson Publishing has struggled as advertisers have shifted to the digital platforms, management has changed and assets were put up for sale or sold.

The company sold its 11-story office building at 820 S. Michigan Ave. for $8 million to Columbia College in 2010. (A developer bought the building from Columbia in 2017, with plans to turn it into apartments.)

Jet became a digital-only publication in 2014. At the time, it had a circulation of more than 700,000 and was the third-largest circulation magazine for the African-American market.

In early 2015, Johnson Publishing put its entire photo archive, a collection that spanned seven decades of African-American history and included images of people like Martin Luther King Jr. and Sammy Davis Jr., up for sale with the hopes of getting $40 million for it. And in June 2016, Ebony and Jet were sold to a Texas-based private equity firm for an undisclosed price.

In its news release Tuesday, Johnson Publishing said a “confluence of events” outside its control led the company to the bankruptcy filing.

Fashion Fair and the photo archive will be among the assets to be sold through the bankruptcy process.

The company and its rich history in Chicago as a publishing powerhouse was the subject of an exhibition last summer at the Stony Island Arts bank. “Ebony and Jet was ubiquity,” Theaster Gates, who curated the exhibit, told the Tribune last summer. “You know, you had TV Guide, the Tribune, the Defender and Ebony and Jet. I always thought that Ebony and Jet were done by a white company that was intentionally making a black publication. Because it was so everywhere.”