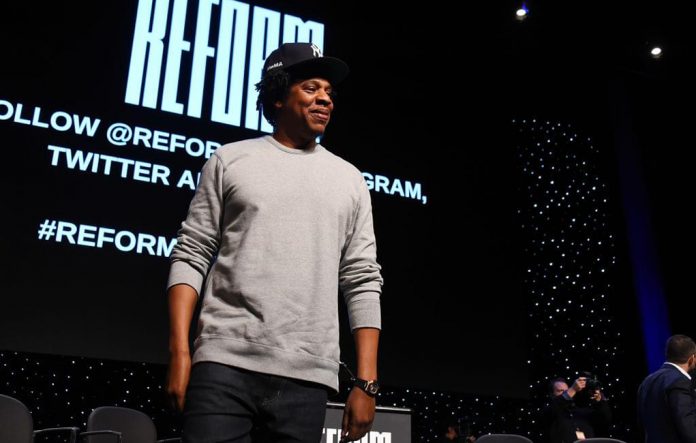 Jay-Z, a billionaire also known as Shawn Carter and Beyoncé’s husband, will enter into what Caliva called a “multi-year partnership” in which he is to play a key role in strategy and outreach, Caliva announced Tuesday. He will work to increase participation of formerly incarcerated people into the economy, according to the announcement. Caliva, founded in 2015, grows and sells marijuana and related products.

“Anything I do, I want to do correctly and at the highest level,” Jay-Z said in the announcement. “With all the potential in the cannabis industry, Caliva’s expertise and ethos makes them the best partner for this endeavor. We want to create something amazing, have fun in the process, do good and bring people along the way.”

Jay-Z in 2016 contributed an op-ed video to the New York Times called “The War on Drugs Is an Epic Fail.”

Caliva, which says it has more than 600 employees state-wide, and more than 150,000 square feet of cultivation, manufacturing and retail space, has broader ambitions for its work with Jay-Z.

“Together, we hope to shape the conversation surrounding cannabis, foster equality and fairness in the development of the industry, promote awareness for the many uses and benefits of cannabis and empower consumers to feel free to use cannabis how, when, and where they want,” Caliva said.

Caliva sells varieties of indoor-grown marijuana along with other cannabis products including vape pens, pipes, edibles, tinctures, drinks and pre-rolled reefers. It has a shop on 7th Street in San Jose, with its online map showing nearby attractions Raging Waters, Happy Hollow Park & Zoo, and the Children’s Discovery Museum of San Jose. Caliva also makes deliveries of online orders, and numerous dispensaries stock its goods.

Marijuana became legal for recreational use and regulated sales in California on Jan. 1 this year. Ten other states have also legalized the drug.