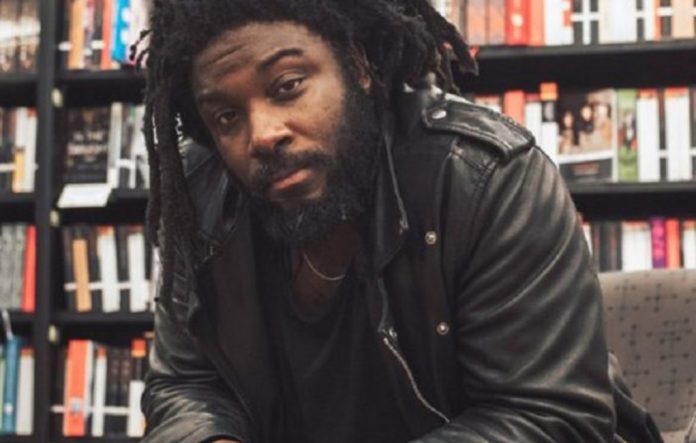 The Library of Congress, the Children’s Book Council and Every Child a Reader today announced the appointment of Jason Reynolds as the seventh National Ambassador for Young People’s Literature for 2020-2021. The Newbery Honor recipient succeeds Jacqueline Woodson, who served as National Ambassador in 2018-2019.

Reynolds is the author of 13 books for young people including his most recent, “Look Both Ways: A Tale Told in Ten Blocks,” a National Book Award finalist, which was named a Best Book of 2019 by NPR, The New York Times, The Washington Post and TIME.  A native of Washington, D.C., Reynolds began writing poetry at 9 years old, and is the recipient of a Newbery Honor, a Printz Honor, an NAACP Image Award, and multiple Coretta Scott King Award honors.

For his two-year term as National Ambassador for Young People’s Literature, Reynolds will visit small towns across America to have meaningful discussions with young people. Through his platform, “GRAB THE MIC: Tell Your Story,” Reynolds, who regularly talks about his journey from reluctant reader to award-winning author, will redirect his focus as ambassador by listening and empowering students to embrace and share their own personal stories.

“I can’t even begin to describe how excited I am to embark on this opportunity as ambassador,” Jason Reynolds said. “I don’t expect it to be easy, but I’m certain it will be fruitful. My mission is to take a different approach: Instead of explicitly encouraging young people to read, my goal is to get them to see the value in their own narratives — that they, too, have a story, and that there’s power not just in telling it, but in the opportunity to do so. I’m excited to create spaces around the country for this to happen — spaces where young people can step into their voices and become their own ambassadors.”

Reynolds will partner with renowned nonprofit organization StoryCorps, which celebrates the stories of everyday Americans, to record interviews with students while on tour and create a true story archive of America’s children. Recordings will be housed in the American Folklife Center at the Library of Congress. Reynolds is not new to conducting interviews; at the age of 21, he worked as a StoryCorps facilitator, guiding participants through the interview process.

The National Ambassador program was established by the Library of Congress, the Children’s Book Council and its foundation, Every Child a Reader, in 2008 to emphasize the importance of young people’s literature as it relates to lifelong literacy, education and the development and betterment of the lives of young people.

“I am thrilled our next National Ambassador for Young People’s Literature is the dynamic, positively electric Jason Reynolds,” said Librarian of Congress Carla Hayden. “Jason and his work galvanize readers to believe in themselves, ask critical questions, and create stronger communities.”

Carl Lennertz, executive director of Every Child a Reader and the Children’s Book Council, added, “We couldn’t be more pleased with the selection of Jason Reynolds as the next ambassador. He embodies everything that we look for in this important position, and every young person he will meet over the next two years will have their hearts and minds lifted.”

Jon Anderson, president and publisher of Simon & Schuster Children’s Publishing, said, “Jason’s bestselling and award-winning books impact the lives of countless readers, but it is how he connects with the thousands of young people he meets each year that makes him a true advocate not only for literacy but for children. We are thrilled that he will focus these next two years on visiting with young people in small towns and really listening.”

The national ambassador is selected for his or her contributions to young people’s literature, the ability to relate to children and teens and dedication to fostering children’s literacy in all forms. The selection, made by the Librarian of Congress, is based on recommendations from an independent committee comprising educators, librarians, booksellers and children’s literature experts.

(Jason Reynolds is a New York Times bestselling author who writes novels and poetry for young adult and middle-grade audiences. His numerous award-winning books include “When I Was the Greatest;” “The Boy in the Black Suit;” “All American Boys” (co-written with Brendan Kiely); “As Brave as You,” which won the Kirkus Prize, an NAACP Image Award and the Schneider Family Book Award; “For Every One;” the Track Series (which includes “Ghost,” “Patina,” “Sunny” and “Lu”); “Miles Morales-Spiderman;” “Long Way Down,” which was named a Newbery Honor book, a Printz Honor Book, and received a Los Angeles Times Book Prize and an Edgar Award; and “Look Both Ways: A Tale Told in Ten Blocks,” which was a National Book Award finalist. Reynolds’ collaboration with Ibram X. Kendi, “Stamped: Racism, Antiracism, and You,” is forthcoming in March 2020. Reynolds currently lives in Washington, D.C.)