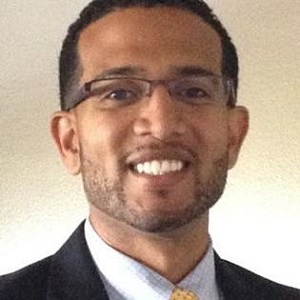 Jason Pernell, WorldWide Sales Director for Digital Network Architecture at Cisco Systems Inc., adopted the philosophy of one of his mentors: ?When in the workplace, outwork everyone,? and he has the r?sum? to show for it.

At just 33 years old, Pernell leads Cisco?s global DNA sales efforts, which includes customer engagement, messaging and keeping revenues above expectations. ?We have thousands of sales reps at Cisco, and I help them go to market to sell DNA solutions,? offers Pernell. His hard work earned him the annual Sales Champion title several times and twice the Managers Excellence Award. The latter award is particularly meaningful. ?It?s given to a very limited number of leaders, so it?s hard to get. I got it because my team was the number one commercial territory team in the U.S. in 2014. Then, I got it the next year as well because my team grew at the same rate, which is tough to do at Cisco. I?ve gotten a lot of awards at Cisco, but this one meant the most because it was more about the team than about me,? explains Pernell.

He most enjoys ?the collaborative aspect? of his work, remarking, ?No single person can move the needle alone in our business, it takes teams of teams in order to get things accomplished.?

Pernell, who is half African-American and half Mexican-American, has a bachelor?s degree in business administration from the Eller College School of Business at the University of Arizona. During his 11-year tenure at Cisco, he has made time to serve his community through his church, mentoring, helping college recruitment initiatives and working on Cisco?s Executive Leadership Team on ?Early in Career? initiatives. Professional accomplishments and community service aside, Pernell is a dedicated husband and father who acknowledges that growing a family has been his biggest personal accomplishment to date.