TOKYO (Reuters) – Japanese manufacturers are wary of a possible U.S. border tax, with just over half expecting profits to take a hit if the United States slaps a 20 percent levy on imports, a Reuters poll showed on Monday.

In response, they are thinking of cutting costs, increasing production and procurement in the United States and raising U.S. product prices, but those steps would offset only some of the impact, the monthly Reuters Corporate Survey found.

The United States is the top destination for Japanese shipments. The House Republicans’ proposal to tax imports at 20 percent could hurt Japan’s vital automobile, electronics and other exporters.

“We’d have to consider setting up production facilities in the United States,” wrote a manager at a rubber company. “But in the longer term, it could lead to a shift away from the U.S. for the manufacturing industry as a whole.”

In the monthly survey, conducted March 7-21 for Reuters by Nikkei Research, 51 percent of the 129 manufacturers that responded said earnings would be affected. The ratio was highest among automotive-related firms, at 77 percent.

The figure is lower for Japanese companies overall, at 36 percent of the 246 that participated in the survey, which includes service-sector and other non-manufacturing firms that focus more on the domestic economy.

The plan for a border adjustment tax, backed by House Speaker Paul Ryan, is intended to encourage investment and manufacturing in the United States and pay for corporate tax cuts.

Should such a tax be implemented, 28 percent of the manufacturers who expect profits to be affected would consider raising output and procurement within the United States. Among automotive businesses, that figure climbs to 80 percent, the poll showed.

Critics of the border tax say it could be passed on to American consumers through higher prices, and the survey flagged potential hikes among some companies.

Seventeen percent of manufacturers would try to offset the impact on earnings through price increases, including 40 percent of electrical machinery firms, though just 10 percent of automotive companies would do so.

Meanwhile, 38 percent would deal with a tax through cost-cutting, the most popular choice. Overall, 72 percent of manufacturers would take some kind of steps to cushion the earnings blow.

Taro Saito, director of economic research at NLI Research Institute, said the percentage of companies anticipating an earnings hit was smaller than he had expected. He questioned whether some were taking the tax plan seriously given that cost-cutting was the top choice.

“As the border tax plan becomes more of a reality, more businesses will shift to boost local production and procurement,” said Saito, who reviewed the survey results.

“It’s such a big change in policy that companies will find it hard to come up with any countermeasures. It’s simply impossible for companies to cope with a border tax rate of 20 percent,” he said.

Indeed, the survey showed that no Japanese company would be able to offset a 20 percent border tax. Just 4 percent would be able to cope with a tax rate of up to 10 percent and the remainder could offset up to just 5 percent.

“‘America First’ is not good,” wrote a manager at a distribution company. 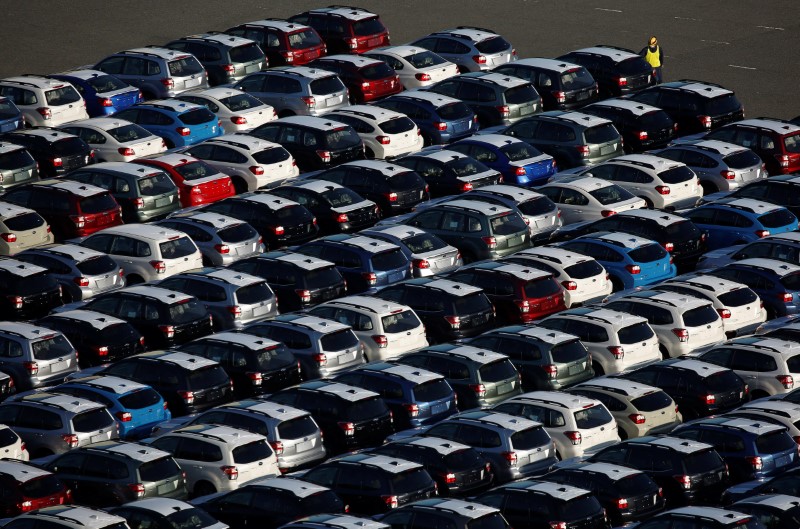