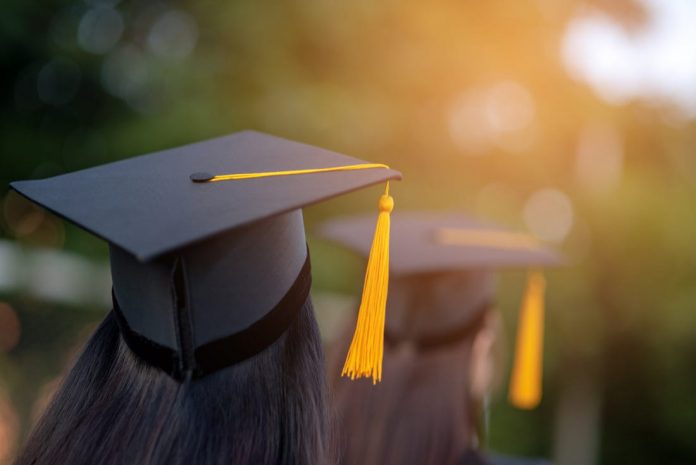 Help with repayment of student loans is one of the most enticing benefits a company can offer to today’s young workers. And now there’s a new opportunity for employers to act before year-end to take advantage of incentives in the 2020 coronavirus relief law, or CARES Act, that makes tuition repayment benefits even more attractive.

Traditional employee benefits like healthcare and 401(k) matching contributions are expected of employers. But two companies — Fidelity Investments and Tuition. io — have led the way in creating programs that allow employers to send money directly to their employees’ student loan servicing companies.

With more than $1.5 trillion in student loans outstanding, and an average of $37,000 in debt from undergraduate studies, today’s young workers appreciate matching contributions from their employers. The most popular programs are spread over a five-year period, and pay off a maximum of $10,000 in student loans.

Fidelity started doing this for its employees more than four years ago, and subsequently extended the program to companies for which it keeps retirement plan records, and recently offered it to all businesses. Tuition. io created its own platform to help small businesses. It even allows employees to anonymously recommend this concept to their CEO or HR department.

Asha Srikantiah, head of student debt programs at Fidelity, says the company noticed years ago that its employees were buried in debt, preventing them from buying a home, starting a family and even contributing to their own retirement plans. Now, Fidelity has more than 11,400 of its own employees utilizing this benefit to help pay down their student loans. And they are currently helping more than 20,000 employees of other companies benefit from this deal.

In fact, repayment of student loan debt has become such a hot topic that Fidelity just announced a giveaway of $30,000 each to three people, with the money directed to pay down student loan debt. It’s a marketing tactic for the new Fidelity Spire app — a free mobile app that provides an innovative decision-making tool to help young adults achieve their short- and long-term goals. To enter this giveaway you must download the app.

New Benefits Under the CARES Act

There are two new embellishments to corporate student loan repayment plans. The first is a tax benefit as a result of the CARES Act. Now, up to $5,250 of student loan repayment benefits is tax free — until the end of 2020. Smart companies are looking at year-end bonuses (always taxable) and asking employees if they’d rather have the bonus paid out as a year-end tax-free pay-down of student debt!

The second new use of student loan debt repayment as a benefit revolves around unused sick days. Many companies insist those days be used by the end of each year. But who wants to go on vacation during a pandemic? Other companies allow a rollover of some “sick days” until the following year — but concerned employees afraid of losing their jobs may not be willing to use them.

Now, Fidelity is helping some companies set up plans that allow employees to choose between rolling over their sick days and taking their value as a direct payment to their student loan servicer. For example, employee benefits company Unum is working with Fidelity to allow employees to transfer carry-over paid time off (PTO) into a payment against student debt beginning next year.

Since the CARES Act waived almost all student loan payments until the end of this year — and interest is not accruing — any extra payments made now go directly toward paying down the balance of the loan, working even harder to eliminate the debt.

Despite record unemployment, intelligent and loyal workers are a significant corporate asset. And helping to pay down their student loans is proving to be an excellent retention tool. But since some tax benefits expire at year-end, it’s time to take this column to the HR department and see how quickly they can adjust.

It will pay off for both the employee and the company in the long run.