Home Personal Finance Taxes IRS’ Failure to Collect from Tax Cheats Could Cost you $3,000 a... 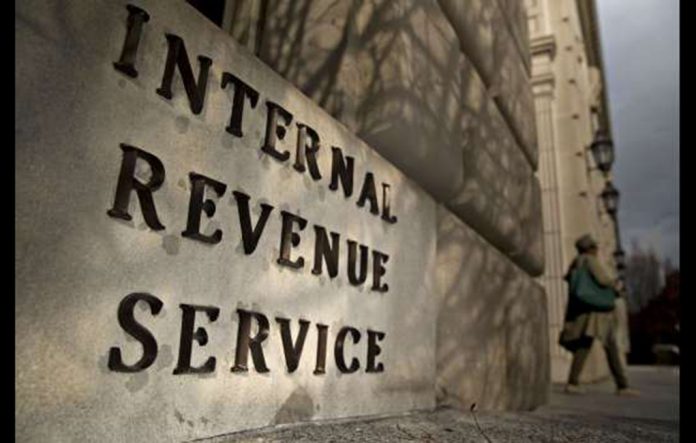 The average U.S. household is paying an annual surtax of more than $3,000 to subsidize taxpayers who aren’t paying all they owe, a new report from the Taxpayer Advocate Service found.

Reduced funding for the Internal Revenue Service has led to lower staffing levels and fewer audits, which has reduced the amount the IRS has been able to collect from taxpayers voluntarily or through enforcement, the Taxpayer Advocate, an independent branch of the IRS, said in its annual report to Congress Wednesday.

The IRS recently estimated the tax gap — the difference between what the federal government is owed and actually collects — averaged about $381 billion in unpaid tax from 2011-2013. That equates to roughly 14.2% of taxes never being submitted to the agency.

With approximately 122 million U.S. households in 2013, that adds up to each U.S. household effectively paying an average annual “surtax” of more than $3,000 to cover others who don’t pay their full tax bill. The report, which included suggestions for legislation, said this calculation was based on the assumption that the government is seeking to collect a fixed amount of revenue, leaving compliant taxpayers to pay more to subsidize noncompliance by others.

The report comes as the IRS has faced criticism from its watchdog, the Treasury Inspector General for Tax Administration, and outside groups that it isn’t effectively auditing corporations and high-income individuals with complicated returns. IRS Commissioner Chuck Rettig has said he is focusing on improving IRS enforcement — in both criminal and civil cases — and has asked Congress for more money to staff these efforts.

“To be ‘fair to all,’ the IRS should be funded to reduce noncompliance,” the Taxpayer Advocate said in the report. “But equally important, it must be staffed to answer calls from taxpayers against whom it takes collection actions, such as wage garnishments, bank levies or the filing of notices of federal tax lien.”

Taxpayers who find themselves being audited or face adverse action from the IRS often cannot reach the agency to resolve the situation, the report found. The IRS received 15 million calls on its consolidated automated collection system telephone lines in fiscal year 2019. IRS employees were able to answer only about 31%, and taxpayers who got through waited on hold for an average of 38 minutes.

In the past decade, the number of income tax returns increased by about 9%, but the IRS’ funding and number of employees both declined by more than 20%, the report said.

Individuals face a 0.45% chance of being audited, while businesses are audited at a rate of 1.6%, some of the lowest audit figures on record, according to the IRS’ annual report released this month. Individual income taxes are the largest group of uncollected taxes before audits, representing about $314 billion, according to agency statistics on the tax gap.