KUWAIT (Reuters) – Iraqi Oil Minister Jabar Ali al-Luaibi said on Saturday the market is a decisive factor in deciding whether to extend into the second half of this year a global agreement on reducing oil output.

“The market will decide. The market is a decisive factor,” Luaibi told reporters in Kuwait, where a committee set up to monitor the production cuts is convening on Sunday.

He said Iraq was in full compliance with the output-cut agreement.

The Organization of the Petroleum Exporting Countries and 11 other leading oil producers including Russia agreed in December to cut their combined oil output by almost 1.8 million barrels per day (bpd) in the first half of the year.

The accord was aimed at reducing bloated global inventories and propping up weak oil prices.

The agreement has elevated the price of crude to more than $50 a barrel but helped U.S. shale oil producers boost their output, hampering efforts to reduce global stockpiles.

Russia said it would reduce production by 200,000 bpd in the first quarter, with cuts reaching 300,000 bpd thereafter.

Russian Energy Minister Alexander Novak told reporters on Saturday that the country so far had reduced output by 185,000 bpd.

He has said it is too early to decide whether prolonging the deal is warranted, and that the situation would be clearer in April-May.

“Perhaps an extension is good … Algeria supports extending the deal.” 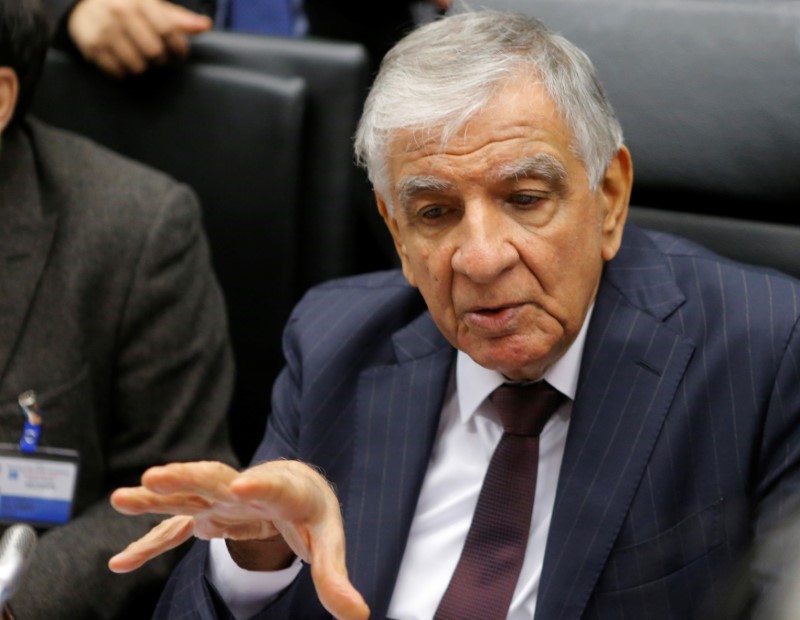