CHICAGO (Reuters) – Londa Brown and Darlene Copeland, a pair of hairstylists from Chicago’s South Side, have spent so many hours listening to their customers talk about the ups and downs of their lives that the two jokingly refer to themselves as therapists.

But along with amusing tales, their customers also share troubling stories of relationships that have turned violent. This has included signs of abuse, like when a client is suddenly withdrawn or missing a clump of hair.

The state of Illinois aims to leverage the rapport and trust that stylists like Brown and Copeland enjoy with their customers by teaching them to recognize signs of domestic violence and sexual assault and to know where clients can seek professional help.

Now, cosmetologists in Illinois must take an hour-long class on domestic violence as part of their broader licensing requirements. The regulation, adopted by the state in January, is believed to be the first program of its kind in the country.

On Sunday, around 150 of the state’s nearly 90,000 cosmetologists, attended one of the first of these classes, held at a downtown Chicago convention center.

“There is a certain relationship between the cosmetologist and their client,” said Democratic state Rep. Fran Hurley, who sponsored the legislation. “They talk about everything under the sun and some have a relationship that could last decades.”

At the session, trainers taught the students that a sudden change in demeanor, a reluctance to put on a robe at a spa or tales of repeated insults from a spouse could signal an unhealthy and even dangerous relationship.

If hairstylists spot any of these warning signs, the trainers urged them to be considerate listeners, avoid blaming the victim and then point the client in the direction of organizations that can provide support.?

“It opens them up to give more opportunities to talk to you and you will be ready, prepared to help,” said Brown, 47.

Chicago Says No More, a domestic abuse and sexual assault outreach organization, worked with lawmakers on crafting the legislation. The group’s founder, Kristie Paskvan, said that around a dozen states are now considering similar measures.

“It’s a great start to raising the conversation,” Paskvan said. “A lot of times people are afraid to come forth because there is victim blaming. People don’t believe them.”

Illinois experienced a jump in the number of reported domestic violence crimes to around 103,500 in 2015 from less than 100,000 a year earlier, according to data from the?Illinois Criminal Justice Information Authority.?

Though the number has fallen sharply in Illinois from the?early to mid-2000s, legislators who backed the measure say stylists can play a role in further reducing the incidence of domestic violence and helping those who become victims.

Only about 55 percent of domestic violence incidents in the United States are reported to the police, according to a 2014 report by the U.S. Department of Justice. Current or former boyfriends or girlfriends commit most domestic violence, the report said.

During Sunday’s class, trainers spoke not just about physical and sexual abuse, but of emotional abuse as well.

One Chicago hairstylist, who asked not to be named to protect her client, said the long-time customer had spoken often about being verbally accosted by an ex-husband.

“I didn’t realize that the emotional abuse was as punishable, I guess, as the physical or sexual,” the stylist said after the class, admitting she was skeptical about its value of such training beforehand.

“It actually did have a benefit,” she said. “I didn’t think it would.” 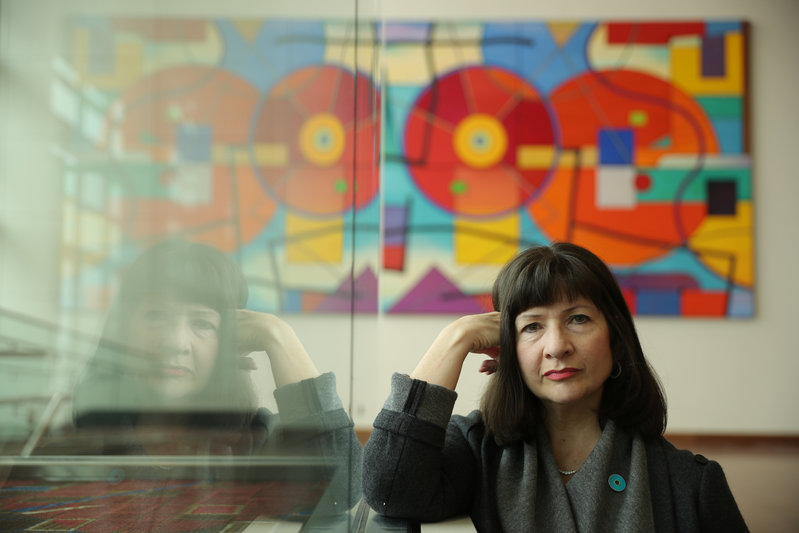 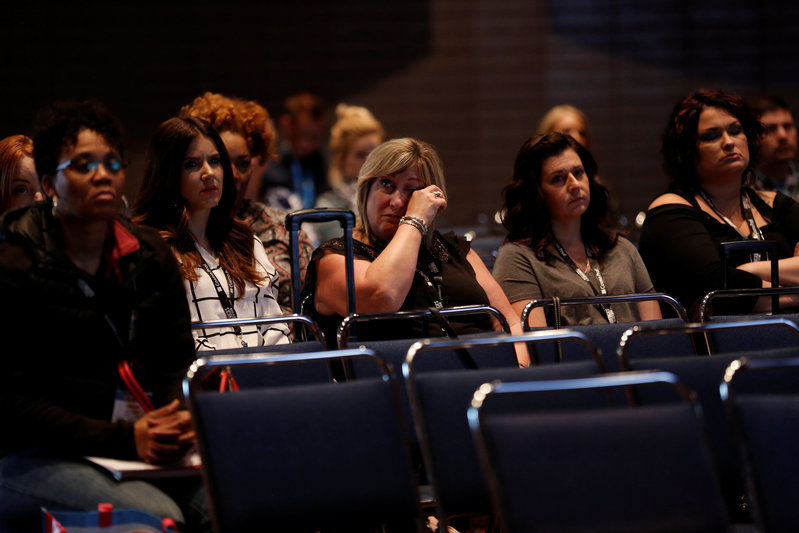 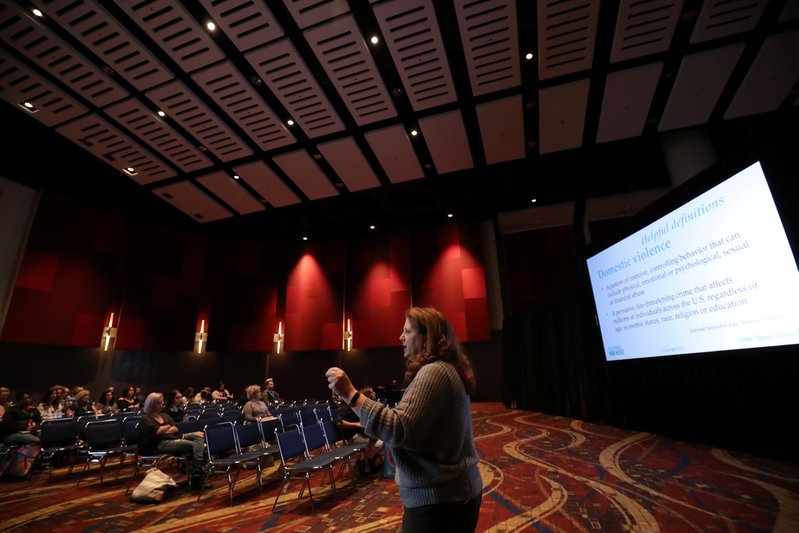 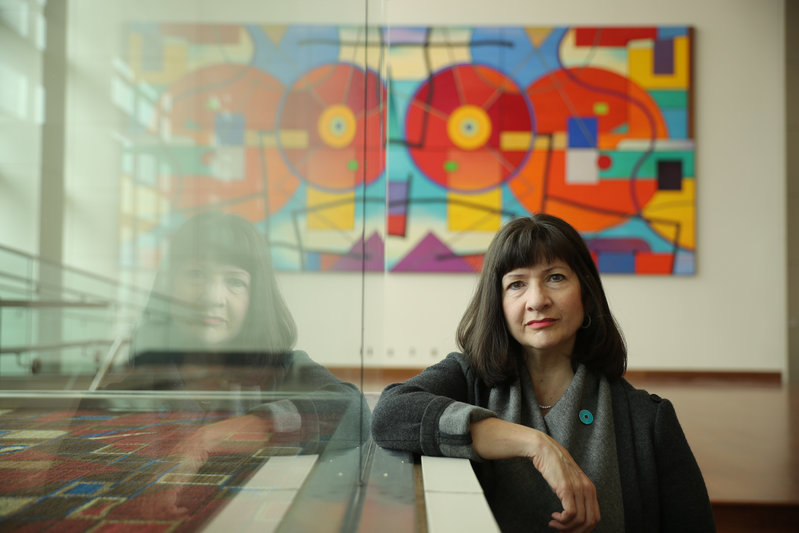 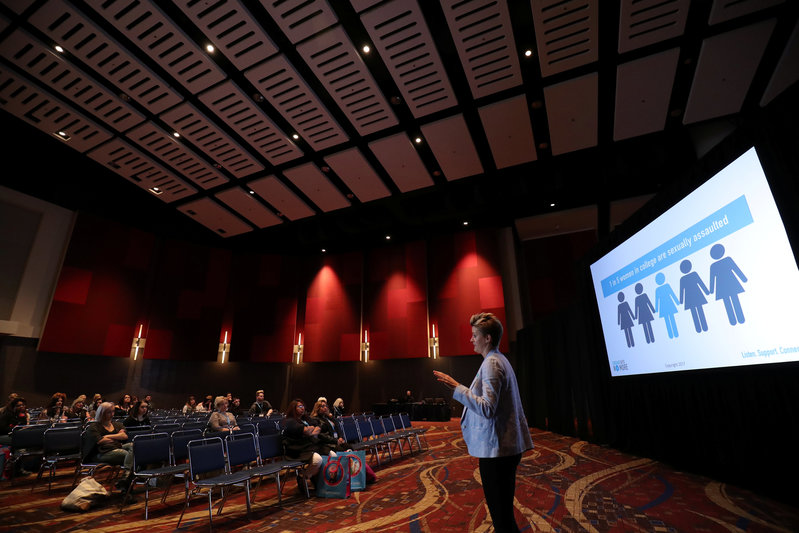 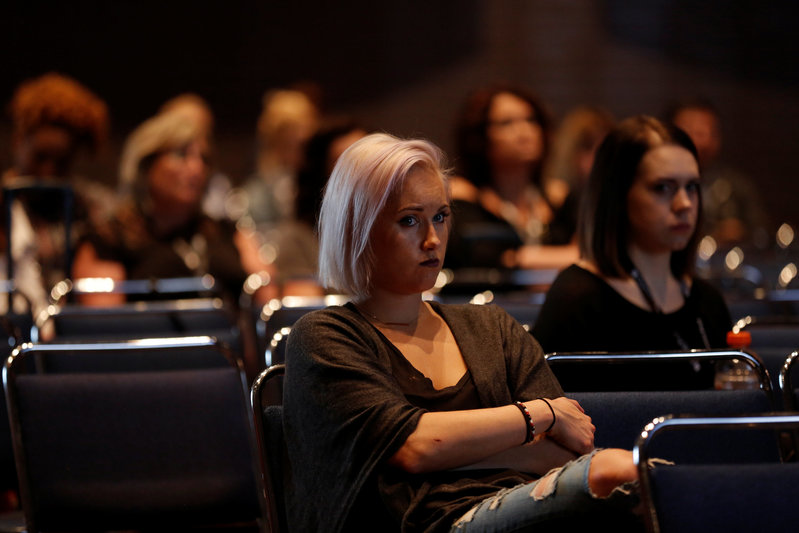 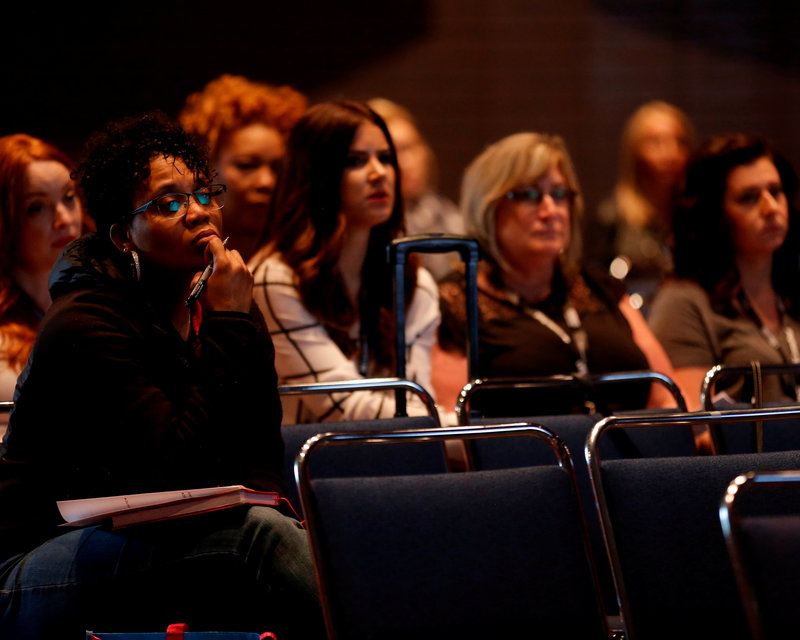 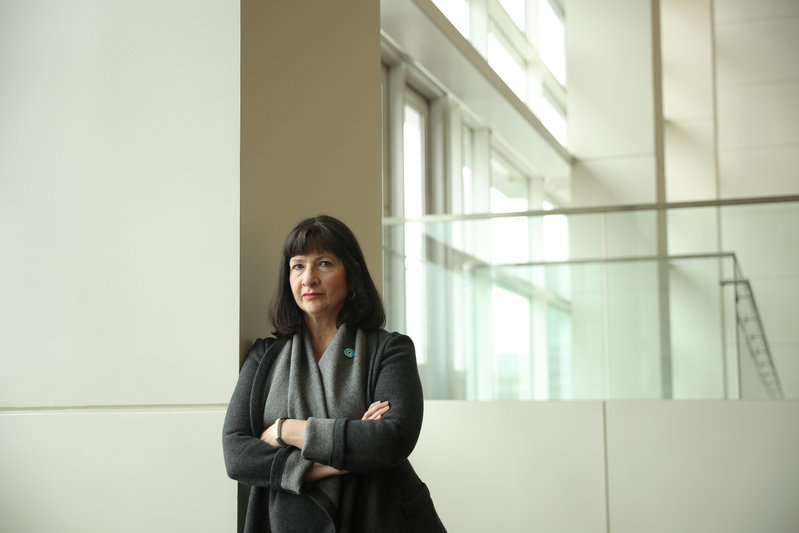