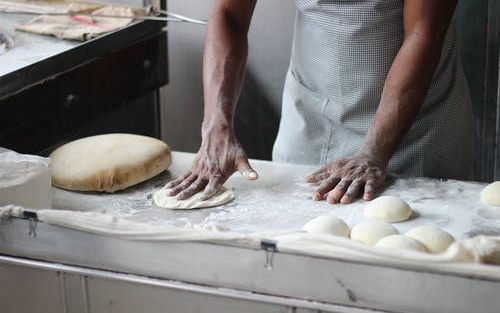 I hear this so many times from friends, family members and acquaintances alike: “I wish I could make money doing something I really like to do.” The fact that so many people have hobbies they love and jobs they don’t make me wonder: How can people turn their hobbies into careers? How can they meld the two?

Vincent Zurzolo, co-owner of Metropolis Collectibles and www.comicconnect.com, is one of many people who have done just that. He fell in love with comic books when he was very young, started buying and collecting them as a teen, then decided to make his hobby a career after graduating from St. John’s University with a marketing degree.

“I set up on the streets of Manhattan shortly after graduating and sold comics to stockbrokers coming out of the Exchange,” Zurzolo recalls. “My father wasn’t thrilled after I graduated in 1993 when I told him I wanted to make my living selling comic books full time, but he relented after I explained how I could put my marketing degree to use in this new venture.”

“My success is far from a fluke. I just heard about a man in his early 20s who belonged to a magic club in high school. He came to New York for college on a music scholarship,” Zurzolo says. “It wasn’t long before he visited a magic shop where he found out about a local club, and, through that, made connections and began performing magic while still in college. Now, less than two years after graduating, he’s supporting himself as a professional magician in New York City, supplementing his income with a job at that same magic shop he visited in college.”

While making the transition from “just a hobby” to money-making career isn’t easy, there are ways in to make that happen in myriad industries, according to Christa Juenger, vice president of strategy and coaching services at Intoo USA.

“For example, a love for cooking might be put to use as a caterer, personal chef, food service manager or restaurant manager, among other roles. An interest in gardening might carry over to a career as a landscape designer, garden center manager or floral designer. If you have a personal blog, you might explore other opportunities in writing — or if the programming aspect of it interests you, maybe coding would be for you,” Juenger suggests.

Once you’ve landed on an idea, here are other steps to take to get started on the road to making a living doing what you really like to do:

Expand your skill set. Think you know all you need to know about the hobby you’ve enjoyed for years? Think again; it’s a different story when you want to make it your career! Juenger says taking classes related to what she calls “the business of your hobby” will give you the opportunity to learn skills you may need (in addition to what you already know) to transform from a hobbyist to professional in the field.

Don’t quit your day job. “Work your hobby part time on the side first — you might find out you don’t like it as a job,” says Kevin Caron, owner of Kevin Caron Studios, L.L.C., who drove an 18-wheeler for 13 years and created sculpture on the side before becoming a full-time artist in 2006. “For many people, it takes the fun out of it.”

Determine why you’re qualified. “Turning a hobby into a career requires asking yourself what makes you qualified to turn this idea into a business,” says Deborah Sweeney, CEO of MyCorporation.com, who has worked with clients who want to monetize their hobbies.

“How do you bring a unique perspective to the table that interests audiences and holds their attention? How have you established yourself as an expert, or an emerging expert, in this industry? You should be able to claim a space as a thought leader, an influencer or a researcher within that hobby’s industry to stand out and show that you are seriously invested in this hobby and want to learn all you can about it to make it your career,” she says.

Treat your hobby as a profession. That means setting goals, keeping professional records and opening a separate bank account for what you hope will become your career, Caron says.

Have a plan. “Even a one-page business plan gives you a roadmap for your progress,” Caron explains. “It’s not set in stone; you can adjust your goals as you go along, but if you don’t have a plan, you will waste time, money and effort on your journey and may never arrive at your destination.”

Network. Seek out anyone you know — professionals, friends and family members like — who is connected to your hobby. “Then see if you can find a gig or freelance opportunity in the field,” Juenger says. “Taking project-based jobs will allow you to gain experience and make contacts to help you move forward and grow your career.”

Zurzolo also has advice for parents (or anyone else) who might try to discourage a loved one from focusing too much on their hobby.

“Remember that a hobby can provide balance. Just focusing on schoolwork and studying can leave your child stressed and anxious,” says Zurzolo, who says his success in the comic book world “wouldn’t have happened if my parents had forced me to give up my hobby and follow a more traditional path.”

Instead, he suggests having a conversation about goals. “Is their hobby just something to do in their free time or is it something they think could lead to a future career? Suggest they take classes that could help support that goal and start to make connections,” he advises. “Sometimes a hobby is just a hobby…but sometimes it can lead to a career [you’ve] never imagined.”

How to Make Major Decisions When Faced With Deadlines

How To Become a Go-To Employee

Learning When to Walk Away