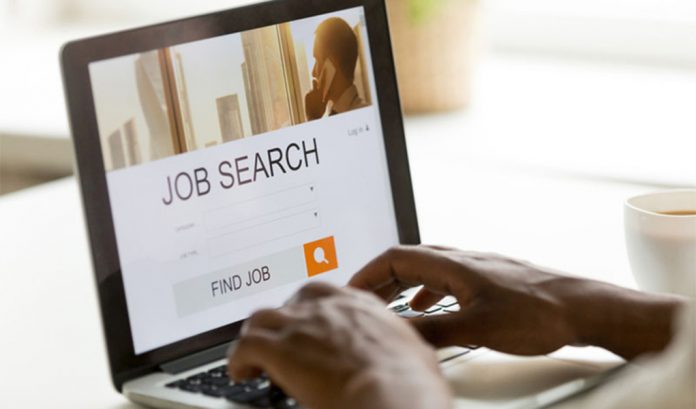 With hiring freezes, furloughs, stay-at-home orders and more than 26 million Americans filing for unemployment benefits over the last five weeks, the coronavirus pandemic may not be the best time to find a new job.

But career experts say you can get hired now, and despite enhanced unemployment benefits, those who have been laid off might not want to spend their time watching Netflix until the stay-at-home order is lifted.

There may be opportunities for remote work in distant markets that wouldn’t have been possible before COVID-19. So update your resume, arrange your home office for a good video interview and, experts advise, don’t forget to wear pants.

—Be willing to pivot

According to a survey by online job and recruitment site Monster, about two-thirds of employers have decreased the number of postings since the pandemic began.

Finding work during the health crisis may require pivoting, with truck drivers, nurses, software developers, store clerks and customer service representatives among the occupations with the most new job listings.

“Maybe this isn’t necessarily a long-term move, but in the short term, there’s a demand right now for these workers,” said Monster career expert Vicki Salemi.

Some jobs have remained plentiful. The opportunities are in health care, distribution of food and cargo, store clerks and other essential businesses, with companies such as Walgreens, Walmart and CVS seeking workers.

“Across the board, hiring is down,” said Marie Trzupek Lynch, president and CEO of Skills for Chicagoland’s Future, a nonprofit. “However, there are deep pockets right now of hiring in the entry-level space.”

Because some companies need workers quickly, a candidate can go from application to job offer in as little as 48 hours, Trzupek Lynch said.

Remote working has become the norm for many companies during the COVID-19 pandemic, with a huge spike in the search term “remote,” according to Monster.

The concept of working from home is working. The majority of companies polled by Monster plan to reexamine their work-from-home policies after the coronavirus shelter-in-place orders are lifted, Salemi said.

“You can think outside of the box, outside of your state and outside of the geographic constraints, now that companies are open to this,” Salemi said. “Job seekers should go where the jobs are, but in some instances, they may be in your home.”

Tom Gimbel, founder and CEO of LaSalle Network, a Chicago-based staffing and recruiting firm, said the advent of remote working could hurt those who live in big cities, however, by increasing competition for local jobs from people who live outside the area.

“You could have a whole new range of unemployment in major metropolitan areas where work is getting farmed out to remote workers in less expensive rural areas,” Gimbel said.

Nailing the virtual job interview requires practice, preparation and a quiet place within the home office where pets, partners and other distractions won’t knock you off your game.

First, treat the online job interview as if it were an in-person interview, including prepping your resume and supporting material, and girding for it mentally at least a half-hour before it begins — as you would if you were coming into the city for the meeting, Salemi advised.

Set up your interview space in a quiet corner of your house that looks “professional,” Salemi said. That means avoid the kitchen, for example. Lighting is crucial, she said. Have a light behind your laptop to illuminate your face and try not to have a window behind you.

Background is important too. You might consider removing that “Fast & Furious” movie poster with Vin Diesel behind you when you’re talking to the head of human resources.

“A blank wall is fine behind you,” Salemi said “You don’t want it to be too distracting.”

Get your laptop or phone at eye level, and put a Post-it note just below the camera, so you remember to make eye contact during the interview, she said. Practice a Zoom call with a friend to get comfortable with the format, and get feedback on how you’re doing.

It is difficult to pick up body language and other cues during a remote interview, but it is important for both the applicant and potential employer to connect, Salemi said.

At the same time, don’t be afraid of “dead air” during the interview — it may be video, but it’s not the network news.

“Try not to rush it and just allow for those silences, even though you’re staring at your computer thinking this feels awkward,” Salemi said. “In reality, it’s only a few seconds and it’s not a big deal. You’re better off taking a beat or two, gathering your thoughts and articulating your best answer.”

When the interview comes, close the door and put a sign on it warning others to stay out. Sit up straight and relax.

—Don’t forget to dress up

And finally, wear pants. A suit jacket on top with shorts and flip-flops down below may seem safe enough, but if you need to get up to retrieve your resume or answer your door, your first impression may be your last.

“Anything can happen, so just look polished from head to toe,” Salemi said.

Whatever you wear, the most important thing for job seekers is to get going now.

“My advice to the unemployed is that when the stay-at-home directive releases, there is going to be a surge of unemployed people who are going to try to get jobs,” Trzupek Lynch said. “So if you can get yourself in right now with a company that is hiring, you have a head start.”

Options for When Your Office Reopens

Teleworking Tips for Coping During COVID-19

When You Haven’t Graduated, Highlight Coursework on Your Resume

Amending Your Tax Return Will Get Easier Soon

Options for When Your Office Reopens

Teleworking Tips for Coping During COVID-19

Optimize Your Resume and Increase Your Chances of Landing That Job