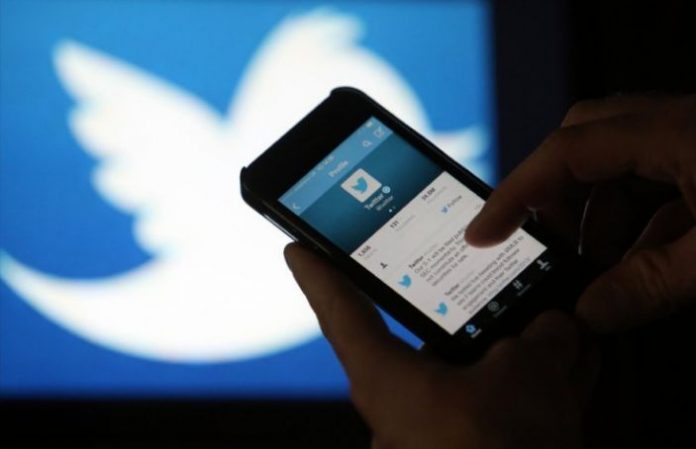 In June, the hashtag #DCblackout erupted on Twitter. A series of tweets claimed authorities had blocked protesters from communicating on their smartphones in order to tamp down on unrest around police brutality and the killing of George Floyd.

Images circulated of an inferno raging beside the Washington Monument, illuminating the landmark dramatically in the nighttime.

It was all false. The images were doctored. Local officials rushed to correct the misinformation. Twitter said it was investigating the situation and had already suspended hundreds of spammy accounts using the hashtag.

It turned out the deception was the result of a sophisticated campaign that employed a combination of hacked accounts and fake accounts, including some that typically tweeted about Korean pop music. A day or two before, the K-pop bots had converted into Black Lives Matter themed accounts. The message was amplified by real users who didn’t know it was a hoax.

This is the type of coordinated disinformation attack Darren Linvill, a researcher at Clemson University, is worried might occur around election day and explode a nation that for months has felt like a massive pressure cooker.

But Linvill has a tool he hopes will help people sort through chaos. Linvill worked with Patrick Warren, who also studies disinformation at Clemson, to create a quiz called “Spot the Troll” that aims to train people to look for red flags online.

The quiz presents users with eight social media profiles. The quiz-taker is asked to decide whether the account and the content it generates is authentic or fake. After each question, the site provides explanation and context for the correct answer.

The site notes some questions users should ask themselves about any given account. Does the account mention personal information such as identifying points about family or friends, or is it only focused on extreme politics? Does the account present itself as an affinity group but without a clear mention of a person or organization running the group? If the answer is yes, the account might be fake.

It can get extremely messy trying to sort through what’s real and what’s fake. Trolls often pretend to be members of online communities, from K-pop fans to LGBTQ activists, researchers say.

Fake accounts frequently use images of conventionally attractive white women in their 20s. Analysis presented in the quiz also points out that the trope of an angry, left-leaning Black woman is one commonly exploited by disinformation campaigns.

In March, Linvill and Warren unearthed a Russian troll campaign — outsourced to and run out of Ghana andNigeria — that focused almost exclusively on racial issues in the U.S. The operation was detailed in a CNNinvestigation.

Black feminist activists brought attention to the way social media could be manipulated this way as early as 2014. The hashtag #EndFathersDay gained momentum one week, tweeted prolifically by accounts that said Black women were tired of white women stealing and dating Black men.

Activists revealed the campaign was orchestrated by bigoted 4chan users posing as angry Black women on Twitter. Activists outlined the types of tactics used by the fake accounts and tweeted them out with the hashtag #YourSlipIsShowing.

“These foreign agents pretend to be Black activists online, using Black cultural tones and norms most relevant to Black audiences, and ultimately depressing those votes by pretending or impersonating voices of Black activists and then turning on the candidates,” said Ashley Bryant, a co-founder of the group.

Bryant said the group is closely watching efforts to amplify false claims of voter fraud — even from the Trump administration. The president, through tweets as well as news conferences and interviews, was the main source of falsehoods spreading about mail-in voter fraud, according to a recent working paper by Harvard’s Berkman Klein Center for Internet & Society.

“We are seeing a ton of disinformation spread around the ability to vote, even fake instructions starting to pop up in the space,” Bryant said. “These narratives need to be countered and addressed.”

Ellison vs. Benioff, the billionaire battle