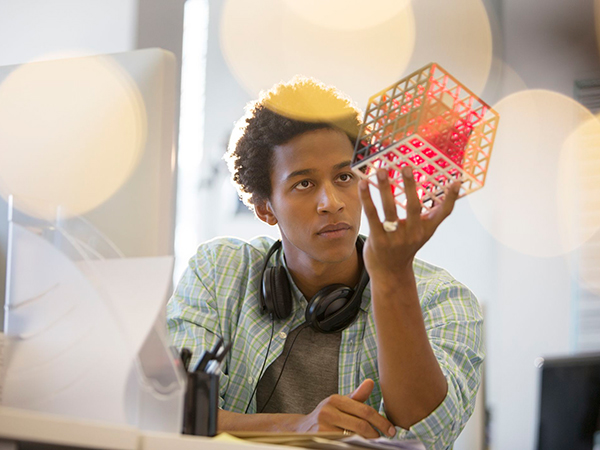 With most industries, customers tend to gravitate toward their preferred brands, but not with air travel. In fact, loyalty doesn’t hold much sway with travelers: Only 22 percent of fliers even care if a preferred airline shows up in their booking options.

As the CEO of a successful marketing agency, I fly a lot. And it doesn’t matter to me, either. Maybe that’s because airlines haven’t shown much loyalty to their customers.

Take a recent flight I had on Virgin Airlines, for example. I was already on a tight schedule, as I had to be home in time for surgery. Then came the dreaded delay announcement.

Bad weather? Of course not. They’d forgotten to flush the water system. Then, it would be another 45 minutes because they also forgot to load the drink carts. After a two-hour delay, all Virgin could offer for compensation was a lousy $25 voucher.

Or, how about when my business partner recently flew American Airlines? He showed up to the airport only to find that his flight had been canceled because it wasn’t full. The only other flight getting to Austin in time for our event was, so he had to fly into San Antonio instead, rent a car and drive.

I could go on with stories like these, but I don’t have to. I recently posted on Facebook about my bad experiences, and the commiseration poured in. From lengthy sits on the tarmac and broken seats on a U.S. Airways flight to lost baggage and a cancellation just 10 minutes before an American flight, it seems virtually no airline is innocent of screwing over frequent fliers.

Airlines (or any business) could minimize the impact of these issues, but they don’t. For instance, they don’t adequately compensate you when they make a mistake. Airlines must have missed the memo we’ve all read: If you fail to deliver a service, you don’t get to keep the money a customer shelled out.

Compensation is in order, and a $25 voucher doesn’t offset the cost of a $400 flight. Take a look at Virgin Air’s Facebook, and you’ll see a slew of apologies for bad service. But notice, you never see any mention of compensation.

Airlines also fail to be proactive in dealing with problems. When things go wrong and a flight is delayed, an airline should accept responsibility and attempt to rectify the issue in some way before complaints start streaming in.

Finally, this is all even more maddening because flying is expensive and airlines don’t pass savings on to customers. Ostensibly, tickets are costly because of oil prices. But then we saw American, Delta, United and Southwest all hitting record net profits while the price of oil plummeted from $150 per barrel to $30 from 2008 to 2016. Those savings should be reducing ticket prices, but they’re not.

Learning from the mistakes of others

These airlines provide great examples of what not to do when service falls short.

As a response to problems like these, more and more customers are turning to outside parties like Service, an app that offers consumers on-demand assistance in resolving customer service issues with just about any company. According to Service’s data, between June 2015 and the first quarter of 2016, Service compensated people $779 for canceled flights, $209 for delayed flights, and $3,024 for lost items, on average.

If you want to retain your hard-won customers, build their loyalty by making the following best practices part of your company’s core values.

Show gratitude through compensation: Without customers, you have no business. So when you make a mistake, compensate them fairly to show you understand that. Ritz-Carlton allows every one of its employees to spend up to $2,000 to immediately solve customer problems because it knows prioritizing their satisfaction builds lasting loyalty.

Own your mistakes (AKA, proactively grovel): Knowing passengers were tired of taxi companies’ shady business practices (not accepting credit cards by stating the machine is “broken,” circling blocks to rack up fees), Uber and Lyft provided a more transparent solution. Now the largest cab companies in the country are going out of business. Customers will find out about dishonesty and share their discoveries. Honesty is the best policy.

Pass on the savings: Taking advantage of falling oil prices without passing on discounts to customers? That is not how you build loyalty. When my business gets a discount from a vendor, we immediately pass that on to our client for a win-win. The client saves money, and we show how much we value the relationship and build trust.

I’m not saying airlines never try. When I posted on Facebook about a bad experience, an executive from Delta actually called me to apologize and offered to serve as our “bat phone” to take care of us moving forward. He was genuinely interested in improving the company’s customer experience.

But you can do a few fairly easy things to provide the kind of service many airlines aren’t. When you address issues in an upfront, honest way, customer loyalty comes naturally — and you make it harder for the “Ubers” of your industry to pop up and gun for your customers.

How to Create the Perfect Logo for Your Business

Let’s Go! How to Motivate Employees During a Lazy Summer