Home Personal Finance Investment How to Have a Healthier Retirement Savings with a Self-Directed Crypto Managed... 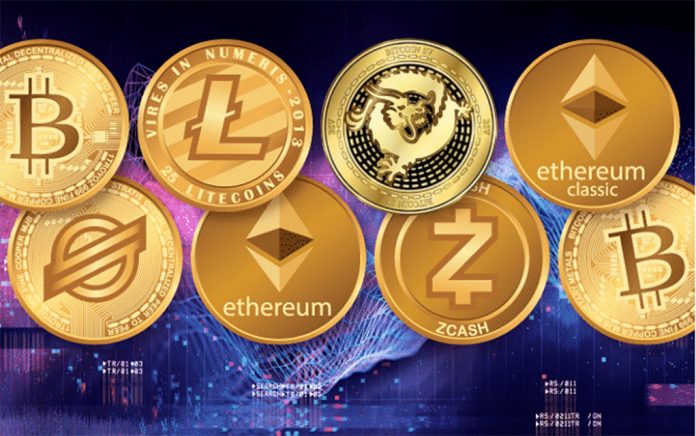 Washington, D.C. – The emergence of cryptocurrency allows retirees to earn more from their savings than traditional banks and Wall Street-controlled financial institutions can provide, which has opened new avenues for retirement savings.

Today, numerous companies offer bitcoin and cryptocurrency saving programs, allowing retirees to invest in cryptocurrency IRAs which Wall Street financial institutions do not control. It enables them to make money on their money, and it provides a much greater return with the rise of digital currencies.

Most retirement accounts are underfunded these days, according to certified cryptocurrency expert John Williams, a managing partner of Bridge Advisors, LLC

The evolution of cryptocurrency is the perfect time to move funds from stagnating retirement savings accounts into a cryptocurrency account where it can benefit from the phenomenal growth of the cryptocurrency ecosystem, says Williams. It is a far better option than the stock market or traditional retirement accounts.

However, no other vehicle provides more earnings than converting IRAs and other qualified accounts into a self-directed IRA, without penalties, and transfer them into a managed account, states Williams. He specializes in helping clients move funds from traditional IRAs and Roth, 401k’s TSP, and other accounts. He says that a self-directed IRA offers more freedom to invest in gold, silver, or cryptocurrency and other better-performing assets.

He points out that the primary benefits of self-directed IRAs are that they offer you the freedom to make decisions without restrictions, and it gives you complete control of your retirement savings. You become the custodian of your funds instead of financial institutions profiting off your money.

Wall Street controls $3.8 trillion in retirement assets, and they’re trying not to let it go, he believes. In light of the fact that cryptocurrency is the future, Wall Street is taking baby steps into the market. Some Wall Street firms have begun by offering cryptocurrency investments to accredited investors, those with over $250,000 in liquid assets excluding your home, says Williams. This approach leaves the smaller investor out.

In one year, her initial membership in the managed account would earn her over $660,000 and $1.5 million in 20 months. According to the Transamerica Center for Retirement Studies, “the median total household retirement savings across all workers is approximately $50,000. Median total household retirement savings is approximately $57,000 among full-time workers, $23,000 among part-time workers, and $71,000 among the self-employed.”

Although most Bitcoin IRAs offer much higher annual percentage rates than traditional IRAs, the managed platform does not fluctuate with cryptocurrency volatility. It constructed a Defi ecosystem backed by four companies that provide a completely decentralized financial infrastructure that triples your membership and pays rewards and profit-sharing at a minimum of 15% monthly; payments are made daily. Members can also hyperdrive and triple awards along the way.

It sounds too good to be true, and that’s why most Americans will not catch on to this unbelievable wealth-building opportunity until it’s too late. The United States lags behind many other countries in embracing new digital currencies. Williams believes that once Wall Street and the banks figure out how to profit from cryptocurrency, the average person may lose the opportunity that exists today.

Guidance on Choosing the Right Trustee (or Trustees) for Your Estate