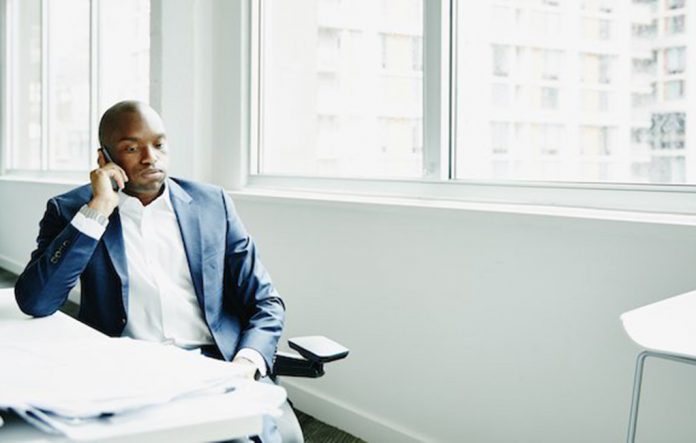 While the layoffs at Ford Motor Co. are the latest to grab headlines, the automaker isn’t alone in trimming its payrolls. Retailers, snack foods companies, manufacturers and others are cutting costs across the country, too.

Many times employees are caught totally off guard.

“When it’s unexpected, there tends to be a panic,” said Kelley Long, a certified public accountant and a financial education advocate for the American Institute of CPAs.

Jobs relating to the auto industry may be particularly vulnerable in the future, too.

Bank of America Merrill Lynch analyst John Murphy said in a speech in May: “The industry is right now staring down the barrel of what we think is going to be a significant downturn.”

Even though the U.S. unemployment rate hit 3.6% in April — the lowest point in nearly 50 years — the reality is that there can be big job cuts at specific companies.

Here are financial tips to consider if looking at a job loss.

— Figure out how to stretch your dollars

“I always tell people you’ve got to hoard cash until you have a little bit more certainty in the next 90 days,” Long said.

“Paying a little interest for a couple months is better than not being able to pay the mortgage if things don’t look up quickly.”

She even recommends contacting your credit card issuers and finding out your options. You don’t have to exercise them, but knowing can provide comfort. Is it possible to get approval in advance to skip a payment for a month due to a financial hardship?

Or would you be willing to pay only the minimum for a month or two, if you always pay off the bill in full, in order to hold onto some cash? It’s thought to consider.

Stop spending money on things that you really can live without — take-out meals, premium cable, rounds of golf. Now is not the time to use your extra time to remodel the bathroom.

“If you’ve been laid off and have a child in college, you should appeal for more financial aid,” said Mark Kantrowitz, publisher and vice president of research for Savingforcollege.com.

“Provide the college financial aid office with a copy of the layoff notice or a letter showing the receipt of unemployment benefits within the last 90 days,” he said.

“Most colleges will make an adjustment to the financial aid package corresponding to the change in income.”

If you’re paying off student loans, he said, look into submitting a request to your loan servicer for a forbearance to temporarily stop or reduce payments.

“Interest continues to accrue and will be capitalized at the end of the forbearance period,” he said.

Forbearances can be up to one year for private student loans and up to three years for federal education loans.

“Some private lenders offer a partial forbearance as an option, where the borrower makes interest-only payments,” Kantrowitz said.

“Lots of Americans cash out according to the National Retirement Savings Cash Out Clock,” said Leon LaBrecque, a certified public accountant and chief growth officer for the Sequoia Financial Group in Troy, Mich.

The total retirement savings cashed out through May 28 was $27.46 billion, according to that clock, which puts Americans on pace to prematurely cash out $68 billion in 2019.

Neal Ringquist, executive vice president for the Retirement Clearinghouse, said many times people aren’t even using money from cashing out of a 401(k) for emergencies. Instead, many may use it to pay down debt or even take a vacation.

While it may sound harsh, he said it may be better to take on a bit more low-cost credit card debt if needed to get through an emergency.

“You can’t borrow for retirement once you retire,” Ringquist said.

Experts say to avoid raiding tax-deferred accounts, such as a 401(k) plan or traditional IRA, which could drive up your tax bill. Withdrawals are typically taxable. Also, you could face some penalties if you withdraw money from a traditional IRA or 401(k) if you take out money before hitting age 59 1/2.

You’re subject to ordinary income tax rates on the withdrawal.

“They paid taxes and likely penalties as well on their withdrawal,” LaBrecque said. “Add up federal taxes, any penalty and Michigan tax, and you could can have 36% or more in taxes and penalties.”

Think hard about whether it makes sense to trade in steady pension checks that offer income for life for a one-time, lump sum payment.

If you’re laid off or taking a buyout from Ford, for example, you’d typically have to make a decision requesting a lump sum pension distribution within 180 days of leaving that job, said David Kudla, the CEO of Mainstay Capital Management.

Do nothing, and you’d receive your monthly pension check when you decide to retire.

There is one caveat: If you’ve not started taking a pension check before age 65, he said, the window opens up again to make that lump sum decision when you’re 65. You must have 30 years of service or be at least 55 with 10 years of service to qualify.

Rules vary by company. So double check with your company if you want a lump sump.

A lump sum distribution could make sense if someone is in poor health and would like to leave a lump sum to their children.

But proceed cautiously, as you’re taking on more risk and possibly extra costs.

It may not make sense to buy a high-cost annuity, which offers a stream of payments but may include high surrender charges for cashing out too early and other fees. If you need to take out more money than expected in some years, you might face much higher fees. You need to dig deep into the details.

While a lump sum can make sense in certain situations, be aware that some financial advisers may have an inherent conflict of interest in suggesting that you take a lump sum, said Sam G. Huszczo, a chartered financial analyst in Southfield.

“Taking the lump sum carries the serious risk of outliving your assets,” he said, given that people have been living longer and stock market returns are not guaranteed.

Long said she’s concerned that many people in their late 40s or 50s may be tempted to take a lump sum to pay ongoing bills. But that’s the wrong move.

“Don’t just use it to maintain that current lifestyle,” she said.

Be careful before rolling a 401(k) over into an Individual Retirement Account, too. If you leave the company between the ages of 55 and 59½, for example, you can avoid the 10% penalty if you take money of your current company’s 401(k) and follow the requirements under the IRS Rule of 55. The Rule of 55 does not apply to IRAs.

— Find a way to grab a little more cash

Move quickly to do what you can to plug any gaps in your crisis budget. Many times, Long said, people don’t realize how quickly they can run through their savings when there is a job loss.

Could you pick up extra money by signing up to be a part-time Shipt Shopper — who shops and delivers groceries and household essentials? Job requirements include having a driver’s license; your own reliable vehicle (defined as a 1997 model or newer); owning a smartphone, and being able to lift 40 pounds.

An average order takes Shipt Shoppers one hour to complete (accept, shop, deliver), and Shipt Shoppers select the areas they wish to cover, according to a company spokesperson.

Or could you pet sit, sell used books or other items?

Remember, it can take longer than expected for someone who held a top-paying middle management job to find a job with comparable compensation. Yet some don’t want to take a temporary low-paying job because they fear gossipy neighbors or they worry that they won’t have time to job search if they’re working retail.

Long has talked with laid-off workers who find jobs like driving for Uber Eats or Shipt to be a good middle ground, compared to working as a barista in the neighborhood coffee shop where all the soccer moms go before work.

How to Best Help Parents Struggling with Loan Payments

12 Times When You Should Update Your Will

How This Nonprofit Continues to Build Communities Amid COVID-19