Home Lifestyle Travel How to Get a Refund for Coronavirus-Canceled Travel, from Hotline Help to... 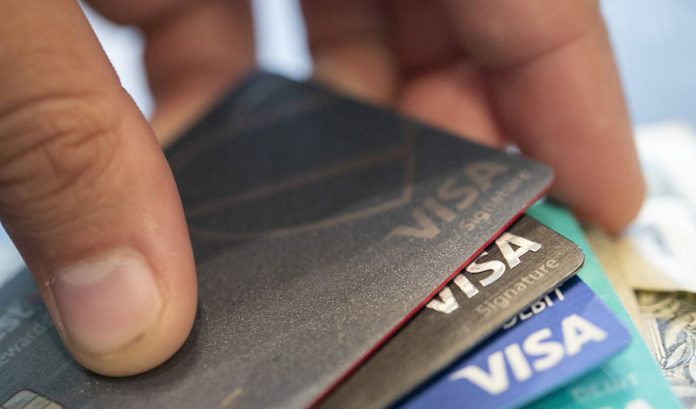 As the new coronavirus continues to cripple the travel industry, consumers are clamoring to get their money back for the unused airline tickets, lodging, tours, car rentals and cruises booked before their plans were hijacked by a pandemic.

For some, recouping what they spent has been straightforward and simple, or they’re content to accept credits for future travel in lieu of cash.

Others have found that in a world without sports, getting refunds is the new national pastime. They’ve spent countless hours on hold, ping-ponged between travel providers passing the buck and struggled to make sense of companies’ shape-shifting refund policies.

“Every stakeholder in travel is frustrated,” said Kurt Ebenhoch, executive director of Travel Fairness Now, a consumer advocacy group based in suburban Lake Villa, Ill. “There’s never been this kind of volume of refund activity. It’s a confusing, difficult time for consumers, especially when the rules aren’t being adhered to.”

There’s no one-size-fits-all solution for getting cash back on travel plans derailed by the health crisis. Some people, try as they might, will simply be out of luck depending on the fine print of their contracts, among other variables. But for many consumers, there are ways to bolster the chances of a refund. Here are some tips and advice on how to do that.

A HOTLINE AND OTHER HELP

One of the biggest battles for cash has been the fight between airlines and passengers over canceled and delayed flights.

When an airline nixes a flight or makes a significant schedule change, the U.S. Department of Transportation says consumers are entitled to their money back, even on cheaper, nonrefundable tickets.

Multiple carriers changed their policies during the pandemic to make refunds more restrictive and leave people with seemingly little choice other than to accept a voucher for future travel. The nonprofit group has a hotline, 877-FLYERS6, to help people navigate these sticky situations.

The air travel assistance company Cranky Concierge recently launched a new offering called Refund Hunter to help airline customers figure out their options for postponing or getting a refund on a particular flight. Once the customer decides what to do, the company tells them how to handle that request with their airline or travel agent.

The service costs $30 per reservation, no matter how many flights or passengers. It’s been in high demand, said the company’s president, Brett Snyder.

“Airline policies are changing all the time, and it’s really hard for the layperson to keep up,” Snyder said. “We help them cut through the clutter.”

Consumer advocates recommend filing complaints online with the U.S. Department of Transportation to pressure the agency to hold airlines accountable for refunds.

Under DOT rules, customers with nonrefundable tickets who choose not to travel during the pandemic aren’t eligible for cash refunds. This rankles a lot of people who feel they’re being penalized for following health orders to avoid nonessential travel to stop the spread of COVID-19.

“There is some legal argument to be made that travel restrictions and government orders are defenses against the airline not giving your money back,” said Hudson, a lawyer. “But that could potentially require litigation.”

The fight over coronavirus-related airline refunds has already moved into the courthouse.

“It’s the nuclear option, and I think we’re there,” said William McGee, who works in the advocacy division of Consumer Reports. The nonprofit group’s website started soliciting people’s airline refund stories last week and already has more than 1,800 entries. “Consumer anger is at an all-time high.”

Proposed class-action lawsuits over denied refunds have been filed in federal court against several airlines, including United, Southwest and Spirit.

Chicago attorney William Sweetnam predicts it is just the beginning.

“You’ll see a lot more cases,” said Sweetnam, who recently filed one in Chicago against low-cost carrier Volaris. The lawsuit alleges the Mexico-based airline refused his client, Chicago resident Samantha Levey, a full refund for her flight the airline canceled in March.

“I’ve tried so many times to get a hold of them,” Levey said about Volaris. “They were hanging up on calls as soon as you were placed on hold. I sent an email and tried reaching out on social. I just want my money back. There are a lot of people in my situation. I don’t think it’s right.”

“We’re asking that money be returned to not only Samantha but also to (refund) other class members,” Sweetnam said. “I imagine you’re talking about several thousand, if not tens of thousands, of affected consumers.”

Volaris said the airline hasn’t been notified of the lawsuit.

A key lesson: Passengers wanting cash back shouldn’t be in a rush to cancel their flights.

“Wait and let the airline cancel first,” said Ebenhoch of Travel Fairness Now. “That puts you in a much better position for a refund.”

Patience can pay off in other travel-related areas too.

The home-sharing and rental site Airbnb initially offered full refunds on reservations with check-in dates between March 14 and April 14. It later extended the window for COVID-19-related refunds to May 31. The refund offer isn’t retroactive, so guests with trips in late April or May who canceled before Airbnb extended the deadline aren’t covered by the updated policy.

One of Airbnb’s competitors, Vrbo, has taken a lot of heat over the way it’s handled refunds during the coronavirus crisis. The company has essentially left it up to guests and hosts to hash it out. That meant Aurora, Ill., resident Drew Nicholson was on the hook for about $2,500 for a couple of homes he rented in Brownsburg, Ind., to house 36 people in late March, when both states were under stay-at-home orders. Nicholson wants his money back but the host refuses, offering a credit instead.

Nicholson is disputing the charge with his credit card company, a route many consumers are taking in the wake of coronavirus cancellations.

He called the number on the back of his Amazon Visa issued by Chase Bank. After several hours on hold, he talked to an agent and made his case. Nicholson then got a letter from Chase saying the money has been temporarily credited back to his account while the claim is being investigated over the next two billing cycles.

Credit card disputes are by no means a slam dunk, but they’re worth a shot, said Ted Rossman, industry analyst at CreditCards.com.

“Always try to resolve it with the merchant first,” Rossman said. “If you’ve exhausted those avenues, bring in the credit card company. Phone waits are long these days, so it’s best to do it online. Log onto the website or the app, pick the specific transaction and dispute it from there.”

DEALING WITH THE MIDDLEMAN

Vacation packages, flights and hotels booked through Expedia, Orbitz and other online travel agencies have added an extra layer of hassle for many refund seekers, particularly with airline tickets.

So where should customers go to get back their money: the online travel agency or the airline?

United spokeswoman Leslie Scott said that if a vacation package was bought through an agency where airfare was bundled with a hotel stay, for example, the agency should handle the request because the airline doesn’t know how much the ticket cost. But if it’s just an airline ticket purchased through an agency, the customer can work with either party.

Customers flying with low-cost carriers need to make their requests directly with the airlines.

For an April trip to Hawaii, Darris Lee Harris used Chicago-based Orbitz to reserve some of his flights — one on American Airlines and one on United. When the pandemic prompted airlines to slash service, Harris’ flights were canceled.

Orbitz emailed the Chicago photographer saying there was no need to call, he’d been issued flight credits. But Harris did call, several times, because he didn’t want credits. He wanted a refund. Because his now-canceled flights were more than 72 hours away, he kept getting disconnected after entering his reservation number.

Harris eventually got through to an Orbitz agent who continued to push a credit for the United flight.

“I know people want to rage on them, but I just stayed nice and explained that I’m not working right now and these refunds are like relief checks for me,” said Harris, who was on the phone with Orbitz for nearly three hours. “I quoted some language from the DOT guidelines about being owed a refund and I think that might have tipped the scale. He put me on hold again and came back and said United is offering the refund.”

Orbitz spokeswoman Mel Dohmen said companies such as Orbitz, which is owned by Expedia Group, generally follow the refund and cancellation policies of their travel partners — in this case, the airlines.

She added that many international carriers have blocked online travel agencies from processing refunds in an automated way, “which adds complexity for our agents and clearly presents a blocker to providing the level of service we would like to help our customers in a timely fashion.”

As infuriating as it can be for customers to languish on hold for hours on end, people should be prepared to make repeated phone calls if they’re getting the runaround, said Cranky Concierge’s Snyder.

“The vaunted HUCA strategy — Hang Up, Call Again — is a good idea if you think someone isn’t giving you the right information,” he said.

McGee, of Consumer Reports, encourages people to have their trip details at their fingertips before they pick up the phone.

“Have your flight numbers ready, your dates and times, your record locator number,” he said. “If you speak to someone, write down their name and what they said. Keep records. It’s basic stuff, but you’d be surprised how many people don’t do it.”

“Airlines are tone deaf and they’re not afraid of much,” he said, “but we have found that social media shaming can have an effect.”

“If you want a refund,” he said, “I’m sorry to say you’re probably going to have to work for it.”