Home Career Career Advice How to Avoid Getting Fired! 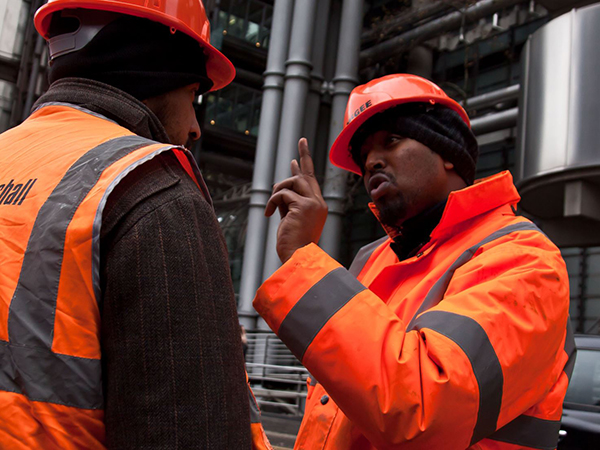 Things have been rough at the office for you lately, but you still aren?t sure you may be getting a pink slip.

First, look for the warning signs–there will be some very noticeable ones. ?If you are an engaged employee, you will feel the change in the temperature of the relationship with your manager/team leader–it will be a more arms length, a ?frosty? relationship,? explains Paul Glover, The Workforce Development Coach. ?Other employees will no longer engage you with the same feeling of team mates (there are no secrets in the workplace–others will know you are going to be terminated.?

People will start to avoid your company. ?You will be excluded from activities/meetings that you were formerly included in,? says Glover.

You might also find your responsibilities being downgraded. ?You will no longer be delegated meaningful tasks from your manager/team leader,? notes Glover.

But can you actually save your job if it?s on the chopping block?

The debate is out on this question, but many experts agree it would be very difficult. ?Once they?ve decided to fire you, it?s very difficult to save your job–you have no more influence in the situation. But a better question is why would you want to? If an organization doesn?t want you there and isn?t going to give you the chance to thrive, they aren?t worth the effort. Losing a job isn?t as scary as most people think it is. In fact, most of the time it?s just an opportunity to end up somewhere better,” explains professional coach Karlyn Borysenko, principal, Zen Workplace.

Still, it might be worth a try to save your job, especially if you need to. ?Sometimes it is possible to save your job, but that is rare. If you see the writing on the wall, take action immediately and confront your boss.? At that time, let your boss know that you want another chance and ask what would it take to save your job.? If your boss has already warned you and you have not proven yourself, it?s over. But if your boss has not given you proper warning, you may be able to turn this firing into a warning,? offered career and executive coach Kathi Elster of K Squared Enterprises and coauthor of ?Working with You Is Killing Me, Working for You Isn?t Working for Me? and cohost of the podcast ?My Crazy Office.?

Top Steps To Save Your Job
–Meet with your manager: ?Once the change in the temperature of the relationship is noticeable, and, if you are paying attention (and you should always be paying attention), immediately approach the manager/team leader and request a review of your performance,? says Glover.

–Task on more responsibilities: ?Immediately approach the manager/team leader and ask for additional work (if there is a big project underway, ask to help on it); 3. Review your own recent behavior to determine if there is something specific you have done to cause your terminate and if there is resolve whatever issue that has influenced your behavior and let your manager/team leader know the issue has been resolved,? explains Glover.

How to Prepare for Being Fired
–Accept your fate: ?If you prepare yourself mentally for what?s coming, you?ll be better able to handle it with a clear head when it does. Think about what you want to negotiate for severance to give yourself some room financially–I?ve had clients who have received months and months of salary and benefits and then had the opportunity to move on to different things,? explains Borysenko.

–Update your resume: ?Get yourself ready for the job search. Reach out to your network, update your resume, think about what you want to do next and see what?s out there,? advises Borysenko.

–Keep a positive mindset: ?The worst thing you can do is get depressed. You have the power to use this opportunity to land an even better job at a place that?s going to appreciate you,? says Borysenko.

Six Ways to Make Yourself Promotion-ready

Career Action Plan: The Key to a Successful Career