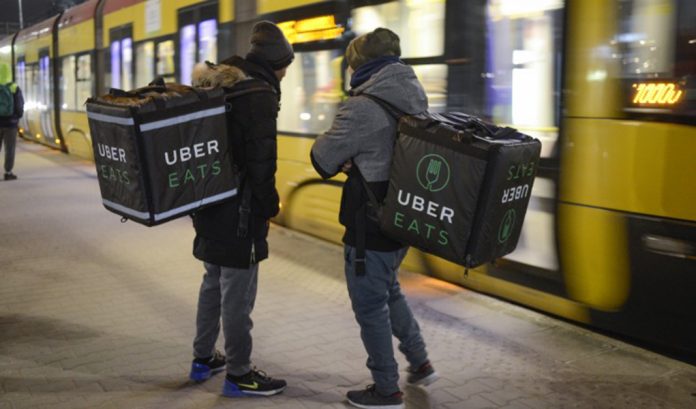 Anyone who has done freelance/consulting work has likely encountered this problem at least once in their career: A client comes back after a project has been completed and asks for some additional work to be done. I’ve known people in that situation, and they’ve been afraid to ask for more money because they don’t want to do anything to lose the chance for future projects. What’s the best way to handle the situation?

When I was researching the topic, I learned a new term: scope creep. The Project Management Institute defines this term as “adding features and functionality (project scope) without addressing the effects on time, costs, and resources, or without customer approval.”

And with the number of freelancers on the rise, that scope creep is something more and more people likely will face as the gig economy continues to grow.

As Norhanie Pangulima, an outreach consultant at the home management app Centriq, notes, data from 99 firms .com show that there are 57 million Americans — 36% of U.S. workers — who are part of the gig economy.

“It has been a profitable and a popular choice for many professionals like me who don’t want to be bound to one company only,” Pangulima says. “However, this also puts us in a unique position when it comes to issues like these.”

The best solution is to be prepared for scope creep before it even happens.

“Even though the work is freelance, there is still a contract. When signing one, make sure that a provision for revision is included,” Pangulima suggests. “I have a two-revision rule incorporated into my contracts, which means that I will be doing two free revisions after completion of a task, and then if there are still revisions they would still need after that, there would be a fee already.”

That’s the same approach that freelance copywriter and SEO strategist Scott Summers takes. “This limits the scope of work that you’re responsible for while giving a client the flexibility they need to request additional changes. After the work is completed and the contract is finalized, anything else is a new job.”

If no revision-specific contract exists, the best way to approach scope creep is to first get a handle on exactly what’s being requested and why.

Once the “why” has been established, it’s time to decide if and how much to charge.

“I am not shy about explaining that we would need to dedicate more hours on this new project in addition to what we had been paid for — so it will be incremental time, maybe even 25% to 30% more hours,” Arnof-Fenn explains. “So, I offer that we can add on a separate project fee if they would like us to help…and I also offer to write a new scope of work if that is helpful to drive home the point that another fee is required.”

“I also mention I will send another invoice that must be paid to start the new work. In my experience they respect you for being in the professional service business especially if you have done great work for them in the past. They come back because they value your quality.”

“If you were clear in how you negotiated the deliverable, you can price this out as a new contract or — if it’s a client you enjoy working for — you can price things lower or make a small correction at no charge,” he says. “If you do the latter, make sure that the client knows it’s a one-time thing and that you don’t mind helping out. Make sure that you’re getting something out of it — loyalty, trust, etc. — and that they understand your decision to help is an exception and not an expectation.”

For Manish Balakrishnan, who runs the web design and mobile app design company DSHG Sonic, it depends on the request. “If the additional work asked for is small and in percentage terms less than 5% of cost of the total contract, I would go ahead and do it for free,” Balakrishnan says. “Even then I will make it a point to send an Invoice to the client and put a discount of the entire amount and say it’s a loyalty discount. This makes sure they don’t ask for more. Anything more than 5% I would tell them the cost to do it and still maybe give that 5% loyalty discount but keep the work as a paid work only.”

Ultimately, says Summers, the decision comes down to positioning.

“Start early, be clear, and don’t be afraid to explain that a new job requires additional funds,” he says. “I explain it to my clients as a simple matter of time and money, which is something everyone understands. I can’t work for free and keep my doors open, so if the client wants more of my time, they’ll need to commit to a new project.”

Fall Back In Love with Your Work: What to Do When...

The Keys to Unlocking Creativity at Business Meetings