Home News U.S. News How Much for Health Insurance? Employee Premiums and Deductibles Topped 11.5% of... 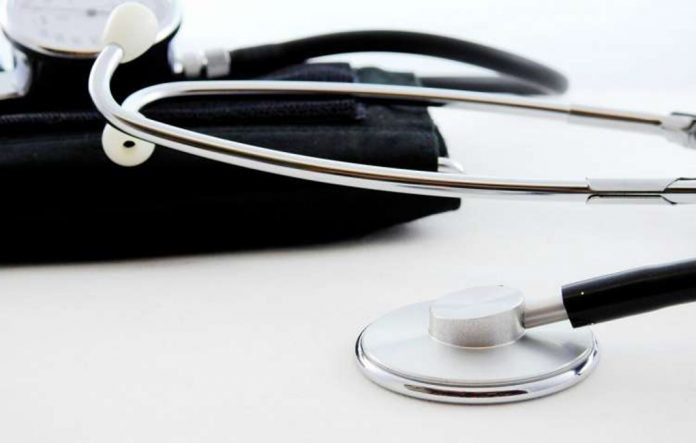 Everyone knows it’s expensive to get sick in America. But it also costs a lot to stay healthy — so much, in fact, that many people aren’t willing to pay the price.

Those are among the takeaways from a new study on employer-sponsored health insurance by The Commonwealth Fund, a century-old private foundation that promotes improvements in the health care system.

Most Americans under age 65 get health insurance through their employers. That includes an estimated 164 million people nationwide and over 13 million in Texas.

The cost of that insurance has grown much faster than inflation, and workers’ share of the burden has grown even faster. Over the past decade, employee premiums and deductibles rose more than median income in every state, the report found.

Last year, the average employee premium and deductible totaled 11.5% of median household income in the U.S., up from 7.8% a decade earlier. In Texas, the same expenses totaled 13.5% of median income — over $8,000 per worker.

“Research indicates that these costs have consequences,” Sara Collins, lead author of the study, said in a conference call in late November. “People with low and moderate incomes may go without insurance if it competes with other expenses like housing or food. And high deductibles may lead people to skip needed health care or not fill prescriptions.”

In Texas, the average employee deductible for a single person was nearly $2,000 last year, up from $1,058 a decade ago. Deductibles for family coverage are considerably higher.

In theory, such co-payments are supposed to motivate people to shop for better deals. In practice, the deductibles deter many from getting the help they need.

David Blumenthal, Commonwealth’s president and a medical doctor, recounted the story of Dr. Ashish Jha, a Harvard professor and researcher who tried out a high-deductible plan for himself.

When his heart condition flared up and his wife urged him to go to the emergency room, he resisted. He said he didn’t want to spend $2,000 or more to get checked out, even though he could afford it.

“At the point of decision,” Blumenthal said, “even well-informed people may change their behavior because of the cost of the care they’re facing.”

The surge in deductibles is subsiding. While they still increased faster than employee premiums and income in the most recent two-year period, the increase was a little more than half the gain of a decade ago, the study showed.

Surveys and anecdotal evidence also indicate that employers have “gone as high as they can on deductibles,” Collins said. That seems to be the case in North Texas, too.

“Employers are not raising deductibles any more,” said Marianne Fazen, executive director of the Dallas-Fort Worth Business Group on Health. “They can’t because they know their employees cannot afford it.”

The D-FW business group, which shares strategies for cost-effective health care, has over 165 employers with about 238,000 workers. Members include American and Southwest airlines, Texas Instruments and J.C. Penney. Combined, the group’s businesses spend over $2.2 billion annually on health care for local employees.

But workers aren’t absorbing the hit alone. Companies continued to contribute their share of the costs even as insurance prices soared. Last year, employers in Texas covered 69% of premiums for family coverage and 79% of premiums for a single person — almost the same ratio as a decade ago.

“Companies are struggling with this as much as their employees are,” Fazen said.

She pointed to a Rand Corp. study documenting the bigger burden that falls on private health plans. In general, employer-sponsored insurance paid at least twice as much as Medicare rates for hospital services in 2017.

Prices varied widely among hospital systems, ranging from 150% of Medicare rates at the low end to over 400% at the high end, Rand researchers wrote.

Charges for inpatient services were closer to two times Medicare rates for most area hospitals. But Medical City Plano charged 427% more than Medicare for inpatient, according to Rand.

The government regulates prices paid by Medicare and Medicaid, and health care providers often complain that reimbursements can be lower than the cost of providing care. As a result, providers shift more costs to the commercial market, which has resulted in steadily rising prices, even when people use fewer services.

Blumenthal explained why employers have not been effective at negotiating lower prices.

Studies show that 70% of hospital markets in the U.S. are highly concentrated, meaning there’s not enough competition to push down prices, he said. Even giant companies like Walmart can’t threaten to take their business elsewhere if alternatives don’t exist, he noted.

President Donald Trump and others have pushed for more transparency in hospital prices. But Blumenthal doesn’t believe that would have much impact, given the providers’ market power.

In addition, about 5% of the population accounts for about half of health care spending. Those patients often have multiple chronic conditions, including behavioral health issues.

“They are sick and they need care,” Blumenthal said.

Neither they nor their employers can afford to walk away, regardless of the price.

Tributes Abound for Rep. John Lewis After the Death of the...