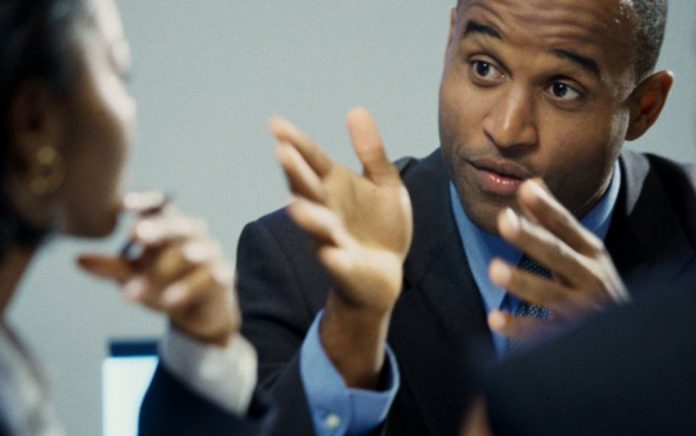 The topic of women in the workplace (whether in Congress or a corporation) is getting a lot of attention these days. And since women often bring with them different ways of communicating than their male peers, I’m wondering: How can male managers best navigate those differences in the workplace?

While it’s true that differences exist, the most important step any manager can take is to educate themselves and to throw stereotypes out the window!

That’s what behavioral scientist Frederic Lucas-Conwell, co-founder and CEO of Growth Resources, Inc. advised when I posed that question.

“When it comes to differences of any kind — including gender differences — it is education that brings awareness, interest and respect in the workplace,” Lucas-Conwell says. “And making use of stereotypes is the least useful way of improving relationships and communication between men and women!”

For example, that stereotype about women being meek (read: weak)?

“Women can be as tough in character, and capable of being in command in tough situations, as men can,” Lucas-Conwell says. “This behavior may be required, for instance, in operational jobs, to lead a technology team through a radical innovation phase, or to restructure a company quickly.”

So how can a male boss, for example, make sure he doesn’t fall into the stereotyping trap?

“Men interested in finding solutions for gender differences at work should focus on what makes women capable of expressing their own style and succeed in their own way,” Lucas-Conwell suggests, “and they should relate those behaviors to what’s required in a job rather than looking at them in abstract or as being gender specific.”

If you want to learn more, I suggest reading the post titled “He Said, She Said,” which describes how communication styles differ between men and women when they give orders, ask questions and try to overcome misundertandings. Being aware of those kinds of differences can help anyone communicate with their peers and employees more effectively in the workplace — no matter what their gender.

How to Be a Compelling Public Speaker