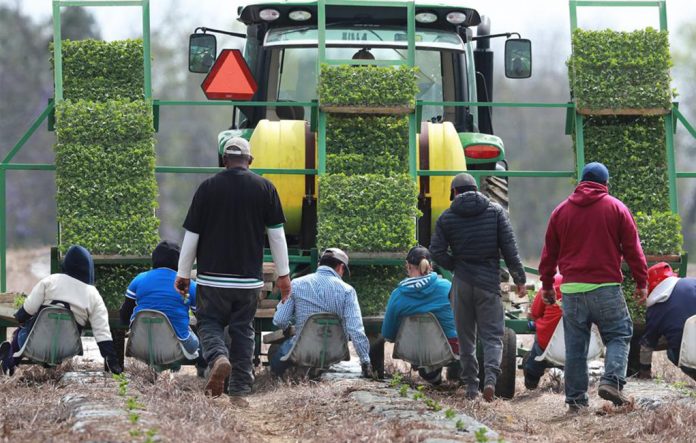 Atlanta is officially going clean and its 100 percent Clean Energy Plan may serve as a model for other municipalities across the state.

While the plan includes a number of measures focused on city operations and businesses, homeowners will also have a role in whether the plan is successful.

Developed by the Mayor’s Office of Resilience, the Clean Energy Plan was approved in March by the City Council. It offers the framework to overhaul energy usage of municipal operations and the community with short- and long-term strategies aimed at achieving 100 percent clean energy by 2035.

Six cities have already accomplished this goal over the past decade, including Aspen, Colorado; Georgetown, Texas; Greensburg, Kansas; Burlington, Vermont; Kodiak Island, Alaska; and Rock Port, Missouri, according to data from the Sierra Club.

“I can confidently say that Atlanta has put together the most comprehensive transition plan of any city in the entire Southeast,” said Ted Terry, director of the Sierra Club Georgia Chapter. “Atlanta is really the case study example of how other cities in Georgia can plan their own transition.”

WHAT IS CLEAN ENERGY?

WHERE DO THINGS STAND NOW FOR HOMEOWNERS?

Residential users in Atlanta account for 30 percent of electricity consumed in the city. While 96 percent of residents have said they support the city’s clean energy goals, a city survey revealed almost half are unaware of the energy savings and clean energy programs that are already available through their current utility.

The city has said it will partner with Georgia Power and the community to better educate residents on existing energy efficiency and renewable energy programs. One program, the Home Energy Improvement Program (HEIP), gives rebates to Georgia Power customers who install energy saving improvements in their homes such as attic insulation, solar water heaters and duct sealing. The rebates cover 50 percent of the cost with certain dollar limits depending on the upgrade, and they are capped at $600 per year for a single-family household.

Georgia Power already has an income-qualified financing program in the works. If approved by the Georgia Public Service Commission, the pilot program would run from 2020 through 2022 and would allow qualifying low-income residential customers in target areas to repay the cost of energy efficiency upgrades through their utility bills.

A BRIGHT FUTURE FOR SOLAR PROGRAMS

The city has already had some success with its support of solar bulk purchasing programs. Solarize Atlanta, which launched in 2018, is now closed to residential homeowners, but Jennette Gayer, state director of Environment Georgia, a citizen-based environmental advocacy project of Environment America, said they hope to work with the city to launch a second round available to residents.

Solarize programs — crowdsourcing for solar installations — negotiate tiered pricing that goes down as more people in the community sign up. The average price for solar panels in Atlanta was about $17,000 for an average size 5-kilowatt system in mid-2017, according to EnergySage, a marketplace for homeowners seeking solar installers. Solarize participants get savings of about 20 percent to 30 percent off the average cost.

“The city seems invested in making it easier and cheaper and more straightforward for people to put solar on their roofs,” Gayer said. But she noted that even as the cost of solar installations continues to fall, there is still a need to reduce fees for permitting, wiring and other associated costs of installing solar panels on homes.

Gayer said the city should consider a more streamlined process for permitting. She also hoped the city would support tax and building ordinances that encourage homeowners to invest in solar.

PUTTING A PLAN INTO ACTION

Alisa Norvelle, 58, said the Solarize program gave her the final boost to go solar. She had been searching for solutions to cool the scorching hot rooftop deck atop her three-story townhome in Glenwood Park. “It is four stories up and wide open to the elements. It is incredibly, mind-blowingly hot up there, and I wasn’t able to really use it,” she said.

Recently, Creative Solar, Solarize’s residential installer, completed the installation of solar panels on Norvelle’s rooftop. “From what they tell me, it should generate everything I need except in the deepest, darkest depths of winter,” Norvelle said. Rather than selling unused solar power to Georgia Power for a low price, she said she opted to purchase a battery to store extra power complete with a closed circuit that will keep her refrigerator and water heater running if backup power is lost.

The complete system, including the battery, cost $26,000. Norvelle is eligible for the federal solar tax credit, which allows homeowners to deduct 30 percent of the cost of installing a solar energy system from federal taxes.

She should have enough solar power to fuel her entire life, including charging her newish Tesla Model 3. “No more power, no more gas. My carbon footprint has dropped dramatically,” Norvelle said.

Make Sure You Know the Facts from Myths When Seeking to...