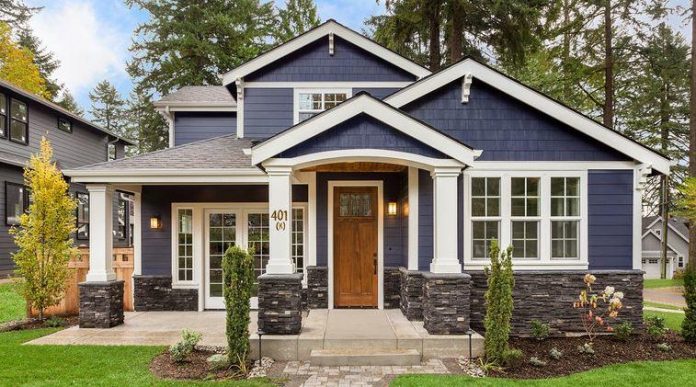 Ten years ago, as the world’s economy was falling off a cliff, buyers with cash, who could qualify for loans, had their pick of properties. Millions of homeowners went into foreclosure, and savvy investors began swooping up homes by the thousands.

It took a while for the rubble of the Great Recession to get cleaned up. And then, finally, in 2014 and 2015 (depending on where you lived), what was perhaps the greatest buyers’ market in history (or at least since World War II), turned into a sellers’ market. Suddenly, we went from having way too many homes for sale without enough qualified buyers to too many buyers competing for relatively small amounts of inventory.

Over the past few years, home buyers have had a rough time competing against savvy and well-funded investors, sellers who are deciding not to move (for a variety of reasons) and not putting their homes on the market, and rising interest rates.

Since 2015, we’ve predicted fewer homes than usual on the market and that home prices would continue to rise. And, that’s what happened right up until today: The number of existing homes for sale has remained low, as prices have been rising; even in the face of higher interest rates, which normally tempers demand.

Of course, there are some areas in which home prices have not risen or have remained well below peak pricing. But overall, home buyers are pressured. Millennials want to buy but have high student debt (not to mention credit card debt) and (possibly) unrealistic expectations about what the homes they buy for these higher prices should look like. (Thanks, HGTV.)

Perhaps Mary Poppins returning to the big screen this holiday season heralds the winds of change for the real estate market as well.

Prices have started to stagnate or even fall in formerly hot markets, like parts of New York City, Southern California and Dallas, while prices in Chicago, Las Vegas and other markets hard-hit by the Great Recession of 2008-2009 are lower than they were in 2006. (Several expensive homes in Chicago have sold, while others are listed for less than they were purchased for some 15 years ago, even after extensive renovations.)

While many expected the big economic story of 2018 to be the Tax Cuts and Jobs Act, which went into effect last Jan. 1, or perhaps that unemployment is at near-historic low levels, the focus for most of the year has been on tariffs, rising interest rates and inflation. And, as we celebrate nearly the longest expansion in history, layoff notices and predictions of a coming recession are beginning to dominate the media.

The truth is, there’s only so much millennials can do to save the economy. Developers are building less than 60 percent of the new homes we need and what new construction is happening is focused on higher end custom homes or high-rise rentals. Affordability is down, and rising interest rates mean homes are even more expensive. Limited inventory means home buyers are chasing fewer homes.

While the Department of Housing and Urban Development (HUD) insists the number of homeless people has remained the same, housing experts dispute that. What is clear is housing patterns may be shifting permanently. And what that means long-term is anyone’s guess.

Buying a home remains, according to survey data, the American dream. If that’s true for you, follow these New Year’s resolutions if you’re preparing to buy a home (particularly a first home) in 2019:

The best real estate deals allow everyone to shake hands and walk away from the table feeling like a winner. And in what looks to be another year of uncertainty, disappointment and just plain incivility, spreading a little extra goodwill during the negotiations and at the closing table seems like a very good idea indeed. Happy home buying and home selling.

Should You Buy A Home During The Pandemic?