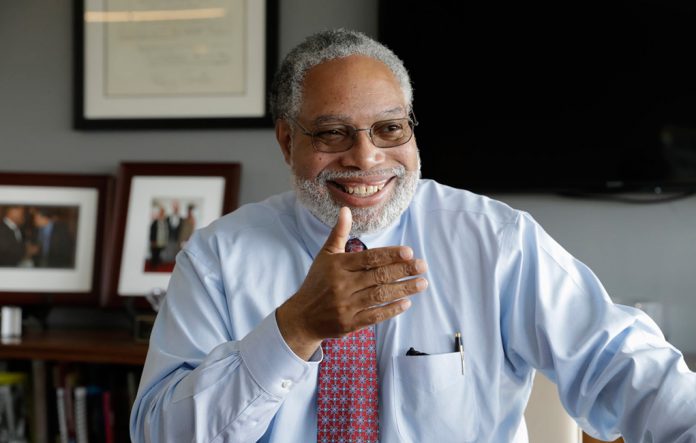 Noted historian Lonnie G. Bunch III was recently elected the 14th secretary of the Smithsonian Institution. He makes history as the first African American person to lead the prominent institution, which has more than a dozen museums and galleries in its charge.

Bunch, the founding director of the National Museum of African American History and Culture, is the first historian to hold the position in 74 years.

Supreme Court Chief Justice John Roberts, who serves as chancellor at the Smithsonian, had this to say about Bunch’s appointment: “Lonnie Bunch guided, from concept to completion, the complex effort to build the premier museum celebrating African American achievements. I look forward to working with him as we approach the Smithsonian’s 175th anniversary, to increase its relevance and role as a beloved American institution and public trust.”

“I am excited to work with the Board of Regents and my colleagues throughout the Institution to build upon its legacy and to ensure that the Smithsonian will be even more relevant and more meaningful and reach more people in the future,” Bunch said in the statement.