By Bill Berkrot and Ben Hirschler

(Reuters) – Amgen Inc and UCB SA no longer expect their experimental osteoporosis drug to win U.S. approval this year after a higher rate of serious heart-related side effects were observed in a late-stage clinical trial.

The drug, romosozumab, which would be sold under the brand name Evenity if approved, is awaiting an approval decision by the Food and Drug Administration.

But the new safety data, which cropped up in an otherwise successful trial, will have to be taken into consideration, delaying any FDA decision and leaving the product’s future uncertain. The agency had been expected to make a ruling in July.

The news is a blow for both companies and the setback hit smaller Belgium-based UCB hard on Monday, sending its shares down 18 percent. The problem adds to doubts about UCB’s long-term growth prospects, given looming biosimilar competition to its Cimzia arthritis drug.

Amgen shares were down 2.1 percent at $153.19 on Monday afternoon. The uncertainty over romosozumab sent shares of Radius Health Inc up nearly 8 percent, as its rival drug that won U.S. approval in April will not face competition from much larger Amgen any time soon.

The companies did not disclose the nature or severity of the heart-related side effects, but Leerink analyst Geoffrey Porges said he believed romosozumab now had only a 50/50 probability of coming to market.

Raffat said he was removing all sales of romosozumab from his Amgen forecast models.

The drug had been viewed as a potentially important future growth driver for both Amgen and UCB.

Analysts on average were forecasting annual sales of the drug to reach about $720 million by 2023, according to Thomson Reuters data.

The two drugmakers were measured in describing the problem in a statement issued late on Sunday.

“The efficacy results from this study comparing Evenity to an active control are robust. At the same time, the newly observed cardiovascular safety signal will have to be assessed as part of the overall benefit/risk profile for Evenity,” Amgen research chief Sean Harper said.

“Together with UCB, we will engage with global regulators and medical experts in the field to conduct a thorough evaluation of these data.”

Romosozumab, which is given as an injection, is also being considered for approval in Canada and Japan. It is designed to increase bone formation and density, thereby reducing the risk of fractures.

The medicine met the primary and key secondary goals of a late-stage study. The imbalance in heart-related side effects had not been observed in an earlier Phase III study that had been the basis of the regulatory submission seeking approvals.

In the new trial, romosozumab significantly reduced the incidence of new vertebral fractures through 24 months as well as non-vertebral fractures in postmenopausal women with osteoporosis at high risk for fracture compared with Merck & Co’s Fosomax.

Serious heart problems were reported, however, in 2.5 percent of patients who received the Amgen drug, versus 1.9 percent in the Fosomax group.

(Reporting by Bill Berkrot in New York and Ben Hirschler in London; Editing by Louise Heavens and Matthew Lewis) 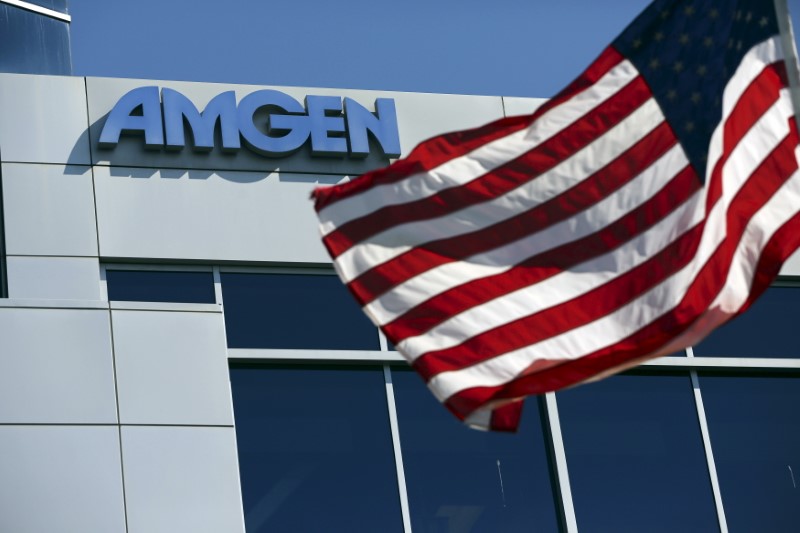