Home News Headlines Harvey is Likely to Be the Second-Most Costly Natural Disaster in U.S.... 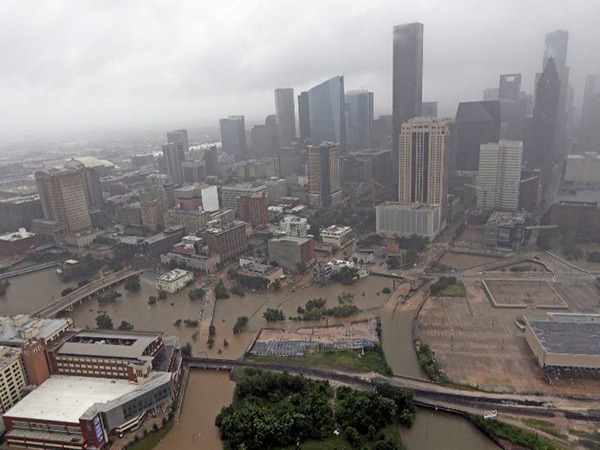 With the shutdown of oil refineries and chemical plants, impaired roads and ports, and widespread damage to homes, businesses and cars, the economic toll from Hurricane Harvey is now being estimated as the second-costliest natural disaster in U.S. history, trailing only the devastation caused by Hurricane Katrina in 2005.

Some economic researchers, including the national forecasting firm Moody?s Analytics, have estimated the cost of Harvey at $81 billion to $108 billion, most of that in damage to homes and commercial property.

That would be larger than the hit from Hurricane Sandy in 2012 but less than Katrina, which inflicted $175 billion in damage and lost economic activity.

Although the brunt of Harvey?s cost will be borne in southeast Texas, particularly the Houston area, the effects will be felt more broadly.

Motorists across the country can expect to pay more for gas, at least for a while, and consumer spending overall could fall a bit as well. U.S. exports could drop slightly because of the closing of one of the nation?s busiest ports.

All in all, Harvey is likely to sap some momentum from the American economy, which is its ninth year of expansion.

The nation?s gross domestic product grew at a solid 3 percent annual rate in the second quarter, and projections for the current quarter have been looking as good. But depending on the degree and duration of impact, Harvey could shave 0.3 to 1.3 percentage points from third-quarter gross domestic product growth, according to Macroeconomic Advisers, a forecasting firm based in St. Louis.

Some of that storm-induced drop is likely to be recovered later in the year as construction and repairs begin, largely funded by the government.

Neither Macroeconomic Advisers nor other economists have made significant revisions to their growth forecasts for the full year after Harvey. Most still expect GDP to expand at about a 2.5 percent rate in 2017, a somewhat faster pace than the average, moderate growth rate of around 2 percent in recent years.

And no one is expecting anything more than a blip on national employment from Harvey.

?In the longer run, it?s going to be positive,? said Ben Herzon, a senior economist at Macroeconomic Advisers, referring to an expected increase in economic activity resulting from cleanup and reconstruction. ?Rebuilding is going to swamp any near-term disruptions in the third quarter,? he said.

It remains to be seen how long it will be before businesses and workers can get back on their feet. The longer it takes, the bigger the blow to near-term economic growth, in lost wages, sales and consumer spending.

Based on what?s been happening with wholesale gas prices since Harvey, the national average for regular unleaded gas will hit $2.60 per gallon, compared with $2.47 before the storms, said Ryan Sweet of Moody?s.

?Prices could move even higher,? he said. While there is more cushion in supplies than when Katrina hit, he said, ?damage to refineries is a serious risk and could cause gasoline inventories to fall more quickly.?

Moody?s estimated that as many as 700,000 vehicles and 400,000 homes were significantly damaged. Most homeowners did not have flood insurance, so their spending will be constrained.

When Harvey struck, the Houston economy was making a comeback from a slump last year caused by depressed oil prices. While the city has long been the nation?s oil capital, in recent years its economy has diversified, with a booming medical industry and a low-tax, low-cost climate that has made Houston a magnet for residents and businesses.

How Michael Jackson Earned Over $700 Million Since His Death