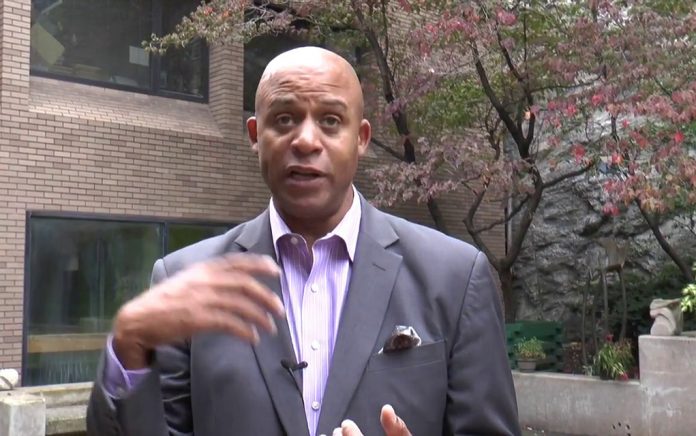 Last week, the Harlem School of the Arts? Board of Directors appointed Eric G. Pryor as its new president. The 20-year advocate for nonprofit arts organizations replaces prior president and CEO Yvette L. Campbell who left HSA in June when she relocated to United Arab Emirates with her family.?? ?

In a recent interview, Pryor told TNJ.com that he has big plans to expand on the school?s current model, incorporate 21st century mediums such as digital platforms and make the school more accessible to adults in the community. ?I?m very excited. Harlem School of Arts has a tremendous legacy in Harlem with respect to the arts. I plan to work with the staff to look at onsite programming. We have robust kids programming, but there is an opportunity for more adult programming as well. For example, ARTScape summer camp will continue to be a mainstay for us, but we can think about creating programming for the adults while the kids are in camp. Or we can have events in the evenings for adults. We have an incredible space called the gathering space that is in our main lobby and connected to a courtyard. We can do public programming such as theater performances, artist talks, poetry readings, and high-level visual art exhibitions,? he says.

He continues, ?We think it?s important when you look at classes to consider that there are people in the community who may not be able to physically participate in activities in a hands-on capacity, but there are things they can experience as a viewer, as a listener and from an audience perspective.?

Pryor sees these potential changes as an opportunity to be a valued asset within the community.

Before joining HSA, Pryor served as executive director of The Center for Arts Education (CAE), a New York City-based non-profit that works through school and community programs, professional development, parent engagement and advocacy to ensure all public school students receive a well-rounded education that includes the arts. Under his leadership, CAE strengthened its position as a provider of programs and professional development, and as a nationally recognized advocate and thought leader in the practice of evidence-based arts education.? Most notably, the organization?s advocacy efforts helped spur the de Blasio administration to invest $92 million over four years to expand access to arts education citywide.??

Says Pryor, ?NYC is a place where people come to consume cultural arts experiences and we have an opportunity to take advantage of that by utilizing our space to engage the community, target potential groups and offer public programming which will add to the cultural experience that is so rich in Harlem.?

In addition to serving as executive director of the Bedford Stuyvesant Restoration Corporation?s Center for Arts and Culture (CAC) in Brooklyn, Pryor also served as the executive director of the New Jersey State Museum and President of the Visual Arts Center of New Jersey (VAC). He is a graduate of Tyler School of Art, Temple University (MFA) and Wayne State University (BFA, Painting).? He also completed Columbia University Graduate School of Business? Leadership Program for Nonprofit Leaders.

About Harlem School of the Arts
For nearly a half century, the Harlem School of the Arts has transformed the lives of tens of thousands of young people through world-class training in the arts.? HSA?s mission empowers young people from under-served communities in Harlem and throughout the city to find and develop the artist and citizen within themselves.? HSA?s environment teaches discipline, stimulates creativity, builds self-confidence and adds a dimension of beauty to the lives of each student.
?
HSA stands apart among the premier arts institutions in New York City, as the sole provider of quality arts education in four distinct disciplines?music, dance, theatre and visual arts.? HSA boasts an impressive alumni base of Tony-award winning actors, celebrated operatic voices and jazz musicians, visual artists, dancers, and inspired citizens who cite HSA as the platform from which they launched careers in law, business and other professional fields.? HSA believes that all children deserve access to a quality arts education, empowering them to become the creative thinkers and innovative leaders of tomorrow.?