Home News Headlines Google?s Anti-Diversity Engineer: Should He Be Fired? 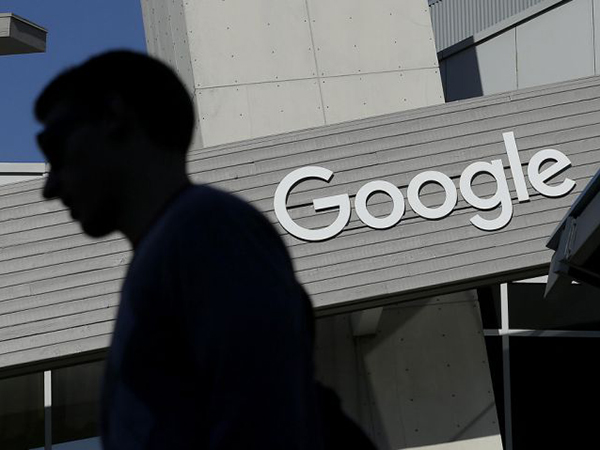 A Google engineer?s letter suggesting women are biologically unsuitable for tech jobs and leadership has drawn fire from inside the company and around the country, with many suggesting the search giant show him the door.

The anti-diversity memo comes as Silicon Valley tech companies struggle to hire more women and minorities and as Google faces a federal investigation into whether women at the company are paid less than men. The letter has sparked heated debate and put Google?s leadership in a delicate position: Does a firm that touts diversity in gender, race and sexual preference also tolerate diverse views?

To a point, it appears.

?Questioning our assumptions and sharing different perspectives is an important part of our culture, and we want to continue fostering an environment where it?s safe to engage in challenging conversations in a thoughtful way,? Google vice-president of engineering Ari Balogh said in a statement.

?But, in the process of doing that, we cannot allow stereotyping and harmful assumptions,? the statement continued.

Google declined to say whether the engineer will be disciplined or fired. But the company is legally entitled to cut him loose, said Redwood City employment lawyer Richard Koss.

?In California, employment?s ?at will? ? you can be fired at any time for any reason or no reason,? Koss said, adding that the right to free speech does not apply inside companies.

The 10-page letter, titled ?Google?s Ideological Echo Chamber,? was published by tech website Gizmodo on Saturday, after Googlers had shared it widely on internal platforms. Women, the engineer wrote, are more talkative than assertive, and have more ?neuroticism? that makes them less tolerant of stress than men. The company has not identified the engineer.

?It?s due to cultural stereotypes that persist,? she wrote. ?We all need to do more.?

Megan Smith, another former Google vice-president and the chief technology officer for President Barack Obama, said the views expressed by the engineer were ?rampant? in tech.

However, University of California at Davis computer science professor Norman Matloff, who studies discrimination in tech, said the engineer?s screed may have arisen out of resentment toward diversity initiatives that do a poor job communicating the benefits of hiring women.

?He?s reacting that way because he?s not seeing the bigger picture and what the value is to the company,? Matloff said. ?He?s dragged to some HR thing he has to sit in while he?s trying to get his product shipped tomorrow.

?I don?t know if firing him?s the solution that?s going to help the company ? I think maybe bringing him into the conversation,? he said.

A conversation is necessary, but not necessarily involving the engineer, said Yonatan Zunger, a former high-ranking Google engineer who recently left the company. If the man had been working under him, Zunger would have seen him ?escorted from the building by security,? Zunger wrote in a Medium post Saturday.

The engineer, by publicly stating his views to his colleagues, created a ?textbook hostile working environment? in which no female employee would be able to work with him, according to Zunger.

?The suggestion that some of your colleagues are, by nature, less qualified to do their jobs is inherently disrespectful,? Zunger told this news organization Monday. ?The most important thing of all to do doesn?t have to do with firing: it?s for leaders, especially men, to speak up and make absolutely clear that this kind of disrespect is not acceptable.?

Google leadership should ?speak up loudly, clearly, and repeatedly,? Zunger said, because the engineer?s letter is not an isolated incident. ?For every one time something makes a big splash like this and is being covered by the press, it happens a thousand times quietly and with nobody else hearing it.?