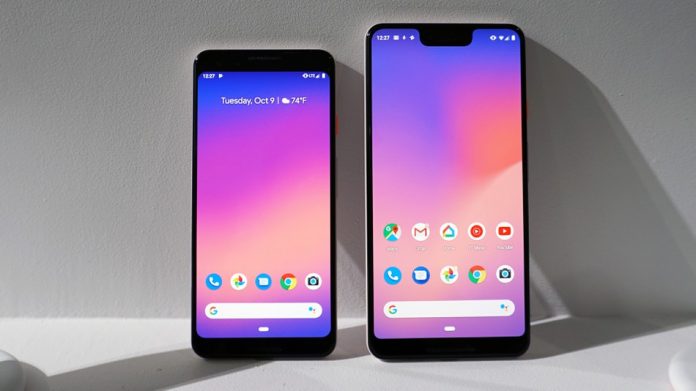 Watching the evolution of tech products is always interesting.

If you track the evolution of a product like the smartphone, you can look back and see how the design has changed.

Apple’s iPhone has evolved from a really small handset with a screen the size of a business card to a phone with a 6.5-inch screen and almost no bezel.

But the iPhone evolved over 11 years. The original iPhone was released on June 29, 2007.

Google had the benefit of watching Apple and all the other smartphone companies before releasing its original Pixel in October 2016.

Following a once-a-year update schedule, Google has released the Pixel 3 and Pixel 3 XL, which have edge-to-edge screens and very small bezels.

I’ve been using the smaller Pixel 3, which is a phone that feels every bit as mature as the latest iPhone XS.

The Pixel 3 doesn’t look all that different from the Pixel 2.

I reviewed the Pixel 2 XL last year, and my conclusion was that it was almost perfect, but I was annoyed by a blue tint on the screen when viewed at off-angles.

I’m thrilled to say Google has completely eliminated that issue. The 5.5-inch OLED display on the Pixel 3 is really nice. It looks as nice as the displays on the iPhone or Galaxy Note 9.

The Pixel is only 3 years old, but it started with a pretty mature design, so the evolution of the Pixel 2 and Pixel 3 isn’t very radical.

Google started with a good design and just tweaked it.

Outwardly, the Pixel 3s look very similar to Pixel 2s. The changes are inside, starting with a glass back that enables wireless charging. The back of the phone still has a two-tone look, but this time it’s because the glass is etched for a matte finish on the lower portion.

The Pixel has a new adaptive battery system that extends battery life by limiting battery power for apps you don’t use that often. The phone will learn from your use and keep the power up for your frequently used apps.

You might experience delayed notifications on apps that have limited power. I didn’t notice any issues in my testing.

The battery life is very good. I didn’t have a problem using the phone all day, but there isn’t enough power to go two full days. Like other phones, you’ll be charging it daily.

The first thing I noticed about the Pixel 3’s main camera is that there’s only one.

Most other smartphone manufacturers have two main cameras. Google has done a good job with the Pixel’s single camera.

Like last year’s model, the Pixel 3’s camera is a single 12.2 megapixel sensor with an f/1.8 aperture and optical image stabilization.

Google chose to concentrate on the processing that happens during and after the picture is taken to improve the finished images.

The pictures go through HDR+ processing to help them look great.

The lack of a second camera is helped by a new digital zoom method called Super Res Zoom, which uses small bursts of images to fill in missing pixels to make the digitally zoomed pictures look better. It works.

There are two selfie cameras, both with 8-megapixel sensors with normal and ultra-wide lenses.

There’s also a technology called Night Sight that does an amazing job of making good images in really dark conditions.

Overall, the improved cameras are really the best upgrade in the Pixel 3.

Google makes the Android operating system, so its Pixel phones are the purest Android experience you’ll find. My review phone was provided by Verizon, but unlike other Android handsets, the Pixel 3 didn’t have any Verizon software preloaded.

Google also promises to keep the Pixel 3 up to date with the latest version of Android and security updates for the next three years.

The Pixel 3 is powered by a 2,915 milliamp-hour battery that quick charges through the USB-C port or wirelessly.

The fingerprint reader remains in the perfect position, centered on the back right where your index finger falls when you hold the phone.

The Pixel 3 isn’t the flashiest Android phone, or the biggest or fastest, but it is the purest Android experience and comes with outstanding hardware. Google makes the operating system, and while the company licenses it to the other Android phone makers, this is the phone it designed and built itself.

Cons: I’d like to see more RAM and storage options.

Bottom line: A great phone gets even better. This is my first choice for Android phones.

What You Need to Know About the Galaxy Note 5