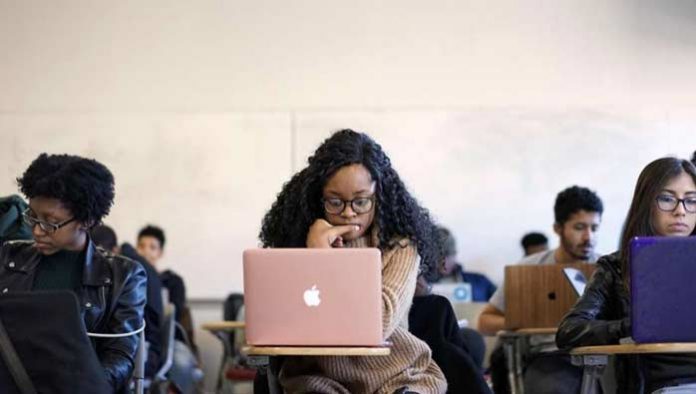 On Thursday, Google announced that Howard University students will now have an outpost of sorts on Google’s Mountainview, California campus to receive coding instruction and immersion courses to expose them to the fast-growing tech culture through a new initiative called Howard West.

The program begins this summer when approximately 25 of Howard University’s 30 computer science majors, to be chosen by the Computer Science Department and College of Engineering and Architecture, in concert with Google, will begin a 12-week stint on the campus learning directly from Google?s senior software engineers.

“Howard and Google’s longstanding partnership with the Google in Residence (GIR) program was the foundation for Howard West. Since GIR embeds Google engineers as faculty at Howard, Howard West was a natural and logical next step. This partnership expands Howard’s presence to the West Coast and is a major step forward for Google’s efforts to recruit and retain diverse technical talent,” Crystal Brown, Vice President & Chief Communications Officer at Howard University, told TNJ.com, speaking on behalf of Howard University President Dr. Wayne A.I. Frederick, in an exclusive interview.

Within five years, 740 Computer Science students enrolled at Howard will have matriculated, and, says Brown, “the goal of the program is to serve the entire tech ecosystem, not just Google.” Students immersed in Silicon Valley culture and experiences, taught by top-technologists and informed by world-class academics will be very competitive in the marketplace.

“Despite the small percentage of African American tech professionals who have been able to secure employment with the tech giant (an issue that continues to draw wide criticism), the initiative marks the next step in Google?s recent attempts to diversify their ranks and develop an ongoing discussion with Black tech influencers.

Last year, subsequent to the hire of Valeisha Butterfield, who was tapped to head up Black Community Engagement, Google partnered with Black Girls Rock! to launch Made with Code, an initiative created to encourage teenage girls to consider computer science as a major in college. Later in 2016, Google launched Code Next to nurture the next generation of Black and Hispanic tech leaders in the Oakland, California area. “When I joined Google a decade ago, there was hardly any discussion of diversity in tech. This was long before we published our diversity numbers or understood how important it was for our workforce to reflect the diversity of our users. This was also long before we started formally recruiting from Howard University, a historically Black institution,” Bonita Stewart, VP of Global Partnerships at Google, said in a recent statement.

She continues, “Howard happens to be my alma mater, so I am especially proud to share that our formal recruiting from the university has evolved into a residency for Black CS majors right here at the?Googleplex.?”Howard West”?is now the centerpiece of Google’s effort to recruit more Black software engineers from?Historically Black Colleges and Universities (HBCUs)-and to make them feel right at home here in Mountain View.?

According to Brown, Howard West represents one more opportunity for Howard University to provide innovative, world-class learning experiences to its students, preparing them for work and leadership in the community. ?HU students will receive Silicon Valley experience, learn from top technology professionals and advance their training and know-how. They will also learn valuable skills such as teamwork, problem-solving, communication strategies, decision-making and creativity, while using their academic knowledge in real-life contexts. This opportunity provides networking and access that will ensure participants are more than ready for the workforce and help them compete in an increasingly global environment,” she shared with TNJ.com.

Students enrolled in the program will receive college credits for their course work, and of course, the hope is that some of them will be hired to work as engineers at Google. “This project also has the potential to create a direct pipeline for talented African American technologists, bolstering diversity among the technology workforce, while also removing real and perceived barriers in the African American community,” Brown confirms.

Program officials say they are already looking to add more HBCUs to the mix in the future.

4 Consequences of a $15 Minimum Wage