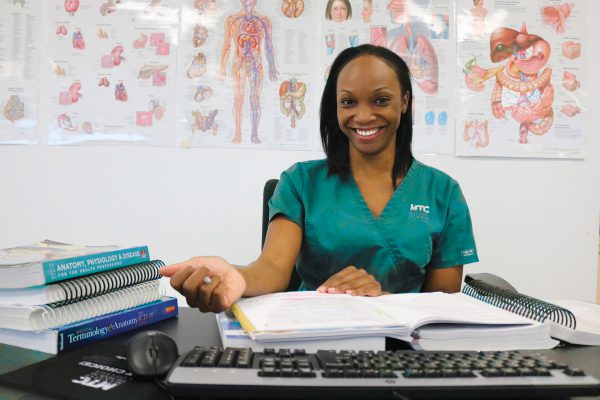 Some jobs have weathered the pandemic far better than others. Medical coders and billers were booming even before the coronavirus hit, and demand for those skills has only accelerated. The job, which does not require a college degree, pays a median salary of $42,630, according to the Bureau of Labor Statistics.

In 2019, the most recent year for which BLS has complete data, the coding and billing field employed 341,600 people. BLS expects the number of openings in the field to climb 8% annually through the end of the decade — well above the growth rate for the overall economy.

Do you have a good memory for numbers? Curious about the world of healthcare? Able to rapidly move through tasks? Coding might be a way to move to a higher income and a job that offers better long-term employment security.

Indeed.com recently listed 21,272 full- and part-time openings in response to a query for “medical biller coder” jobs in the United States. A small fraction of those jobs, 684, were remote positions, meaning applicants could work from home or other places outside the employers’ office.

Medical coding and billing is a broad term for the job of translating patients’ medical records into standardized sets of codes, such as the International Classification of Diseases (ICD) and Current Procedural Terminology (CPT), and using them to determine how much to bill insurers and patients and how to distribute the proceeds.

Patients’ records include everything from the symptoms they present upon arrival, which doctor examined them, the physician’s diagnosis, and any drug or medical device prescribed.

As the sheer number of codes suggest, translating patient records into coded documents can be slow and mind-numbing, but it also is essential to the uniquely complex U.S. medical system. Insurance companies rely upon the codes to pay the various players involved, such as the doctor, the hospital or medical practice where the doctor works, the pharmacy if medication is prescribed, and so on.

A coding error can lead an insurer to reject the claim, requiring the submission of a new claim and the delay of a week or more in payment. Skilled and experienced billing staff, those who are quick and accurate, are so valuable because they can keep cash flowing, an important metric in any business.

While medical billing jobs do not require a college education, most employers require a certificate attesting to a certain level of training. The most common credential is the Certified Professional Coder diploma from the American Academy of Professional Coders. Other certificates attest to training in specialties such as outpatient codes, inpatient codes, risk adjustment, audits and compliance, among others. Courses for some certificates last five weeks and are free; others come as part of earning an associate degree and can take two years and cost more than $20,000. Some are online, some in person (pre-pandemic) and some a hybrid of the two.

With so many options, careful consideration is advised. LaGuardia Community College in the Queens borough of New York City, for example, trains people to work in the city’s largest hospitals, and because the hospitals collaborated on the curriculum, they routinely hire graduates. The course is offered tuition-free thanks to funding from the city Department of Small Business Services and the New York Alliance for Careers in Healthcare.

Diana Raghunath, who completed a medical-billing certification program at LaGuardia and now works at Weill Cornell Medicine, said the program taught her more than memorizing codes and processing forms.

Raghunath, who worked as a waitress before being accepted in the La Guardia program, added that she took away more than business insight from the program. “I’ve learned business skills for healthcare as well as life skills such as communications with difficult personalities and situations,” she said.

(Article written by Mark A. Stein)

A West Woodlawn Native Wants to Right Redlining Wrongs with Some...