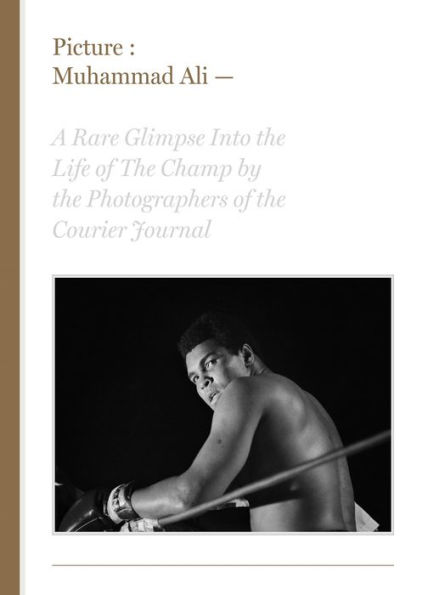 This is one of those annual stories in which the writer tries to convince you to give books as holiday gifts. And not just any books — pricey, oversize books, light on text, heavy on photos, so narrowly defined that, well, yes, Virginia, there really is a new coffee-table book for your cousin who seriously misses old horror-movie ads in newspapers, “Ad Nauseam: Newsprint Nightmares from the 1980s” ($35, 1984 Publishing). And a new coffee-table book for your dad who won’t shut up about someday visiting the 2,500-square-foot mural at Cornell University called the Wall of Birds; “The Wall of Birds” ($45, Harper) is part “Birds of America,” part contemporary account of that very singular achievement.

Anyway, I stand by my decision to nudge you in the direction of large, costly books.

Last summer, on one of those Chicago mornings when rain looks days away, I left windows open next to tall stacks of big illustrative keepsakes. When I returned home that night, beloved suitcase-size volumes about dinosaurs, Laurie Anderson, “Star Wars” and modern ballet were warped, sodden, damp bricks. I spent days and nights with a hairdryer, sitting on the floor, separating wet page from wet page, trying without much luck to suck moisture from pulp. It felt, seriously, like losing family members.

Still, I felt real sadness at the chance of not having them with me (they remain damp, but recovering). After that scare, dropping $30 on awkwardly sized, questionably necessary books about the landscapes of obscure Wisconsin folk artists made more sense than ever. The internet may illustrate daily we are a culture of niches, yet there is warmth in the oversize monograph that takes up too much space and chews too many pages, dives too deeply into a rabbit hole. Connect with the right gift book, you hang on, dragging it with you through life, long after you’ve left the coffee table by the curb.

I can’t think of a nicer example this year than “Picture: Muhammad Ali” ($60, Press Syndication Group), trimmed with a gold spine, containing the best of the Louisville Courier Journal’s photo archives of the legend, from his Kentucky bouts at age 12 to the man asleep in front of a TV (showing Howard Cosell, fittingly). It’s sharp and simple — a salute to the stick-with-itness of local newspapers, a coffee-table variation on the saintly, heroic portraits once hung in middle-class living rooms.

Similarly, “Vivian Maier: The Color Work” ($80, Harper) is about the dedication of one wandering soul, the late Rogers Park street-photographer phenom, toward capturing the granular weirdness of everyday Chicago, circa 1964 to 1979, in wet, muted colors.

Now the trouble with books this large, the annoying part of being unable to part with keepsake books easily: There is that much less room for a library of average-sized books. One modest solution: “1,000 Books to Read Before You Die” ($35, Workman) is far more than another one of those doorstop, inch-thick “Do This Before You Die” castoffs, but rather, apparently the life’s work of James Mustich — and if it’s not, the man is an overachiever. Here is a beautiful, exhausting, smartly designed library about the perfect library, so hard to put down it took me a half hour to pull away long enough to finish that sentence. Comparably, “Chicago by the Book: 101 Publications That Shaped the City and Its Image” ($35, University of Chicago Press) is the perfect study of the perfect library of the perfect Chicago provincial, an absorbing, decidedly snobbish local canon. Alex Kotlowitz on Nelson Algren and Frank Rich on Norman Mailer and Toni Preckwinkle on Ida B. Wells. (One defensive note: No local newspaper made this book. Playboy, yes. A book about competition to build Tribune Tower, yes. The Tribune — no.)

Another alternative to lugging a lifetime of books behind you? Collected hernias.

“The New Yorker Encyclopedia of Cartoons: A Semi-Serious A-to-Z Archive” ($100, Black Dog) — going for a remarkable $45 on Amazon (sorry, Chicago booksellers) — may be heavier than any stack of New Yorkers you are holding on to, but it’s exactly as rich as promised: a handsome compendium of a century of absurdities and wry commentaries, organized by subject, from ignorance to Trump. (One demerit: If there’s anything this didn’t need, it’s the occasional joke explainer. Gag.) “Dirty Plotte: The Complete Julie Doucet” ($120, Drawn & Quarterly) is that encyclopedia’s evil twin, as dense and sleazy as New Yorker cartoons are tasteful and minimal. Doucet, the patron saint of anyone who ever moved into a cheap apartment and made chaos from their life, fills every frame of her autobiographical stories with trash and dumb lovers, lousy decisions and body parts. It’s the rare survey that never approaches self-aggrandizing.

German publisher Taschen never claims such definitiveness, yet no one elevates the slightest of pop institutions to austere, thoughtful bookshelf status with more joy. Case study: Taschen’s new “Walt Disney’s Disneyland” ($60), which sprawls photos, internal paperwork and ephemera from the creation of the theme park across thick-bonded paper, having fun with the artificiality of the place (there are wonderful shots here of journalists making sense of its absurdities) while paying homage to the craft. As one imagineer from the Tiki Room remembers: Walt told them that after lunch he would sit everyone down, then “you fellas are going to write me a song that’ll explain all this.”

Even better is “The Star Wars Archives: 1977-1983” ($200), which pulls off the impossible: a fresh look at one of the most picked-off franchises ever. Somehow, with help from George Lucas, whose fingerprints are all over this, even old production photos look new, even sardonic — love the photo of Alec Guinness looking lost as Lucas stands to one side, hand on chin, both sides counting their losses. Smarter still, a meshing of storyboards, concept art and final image that, familiar as that sounds, is rarely presented so seamlessly. Though even that, of course, is not the final word: “Star Wars Icons: Han Solo” ($50, Insight) generates nearly as much new material on a single character — arguably the series’ best — but really benefits from Chicago-based Gina McIntyre’s absorbing, book-length history and evolution of Harrison Ford’s intergalactic scoundrel, sprinkled cleverly with all sorts of flippable costume designs, bookmarks and script reprints.

Speaking of fresh runs over well-trodden ground: “Andy Warhol: From A to B and Back Again” ($70, Yale University Press), the catalog for the current blockbuster Whitney Museum of American Art retrospective, is as absorbing and original as the show itself, a literal gold brick of a book, with Warhol’s passport portrait embedded on the cover (and altered by the artist), that makes as much sense of Warhol’s aesthetic and aims as one book could hope. (Bonus: The essays, from artist Barbara Kruger and others, which offer a plain-spoken clarity rarely found in art catalogs.) Likewise, until someone writes the definitive biography, “John Waters: Indecent Exposure” ($50, University of California Press), the catalog for the filmmaker’s Baltimore Museum of Art retrospective, is as complete a portrait of an unclassifiable artist as possible. The focus is on gallery work, sculptures of Charles Manson, conceptual pieces (see “Hetero Flower Shop” — please) and much more transgressive works, but mixed with Q&As, essays on Water’s “queer ethics” and the artist’s unassailable cheer, it offers a powerful argument for free expression itself.

Inevitably then, what ties the best of these coffee-table books together — what keeps the ones we hold on to from straying very far from us — is nostalgia. Certainly my favorites, almost always, are scrapbooks of our cultural thoughts. Photographer Heidi Ross’ “Nashville: Scenes from the New American South” ($35, Harper), with essays by Ann Patchett and Jon Meacham, is billed as a contemporary portrait, but even its Instagram-ready artisans and dog-eared aesthetic hold a built-in decay — it is a photo album from a scene before the scene is even expired. “The World of Apartamento: Ten Years of Everyday Life Interiors” ($60, Abrams), is a best-of collection of housing spreads from a hipster lifestyle magazine, one that attracts as much irritation as jealousy; but its real draw is in its candid, snapshotlike images of people simply living — grainy, overlit pictures of cool, messy apartments and homes that you wished you had lived in.

More obviously nostalgic (and worth it): “Beastie Boys Book” ($50, Spiegel & Grau), which at 600 pages seems to never end (in an overwhelmingly pleasant way), exploding with images, oral histories, mixtape art, music video reviews, contributions from friends like Colson Whitehead, director Spike Jonze and chef Roy Choi (who offers a 14-page cookbook within the book). “Contact High: A Visual History of Hip Hop” ($40, Clarkson Potter) is broader yet more selective, a simple enough idea: the contact sheets from photo shoots of 100 hip-hop greats, culled especially from its first decades. But the book’s strength is in delivering a warm, alternative history that goes beyond the posturing — who knew, for instance, that Biggie Smalls had such a great smile?

Speaking of madeleines: You can smell your childhood as you pick up “Hot Wheels: From 0 to 50 at 1:64 Scale” ($40, Motorbooks), an obsessive and fetishizing history of the classic Mattel toy, from its logo to collectors to production specs. Though what made me laugh out — it arrives inside an old-fashioned vinyl snap-case, the kind that carried Hot Wheels.

Then again, the beauty of a great coffee-table book is in immersion and escape.

One final title: “The Writer’s Map: An Atlas of Imaginary Lands” ($45, University of Chicago Press), a collection of essays from writers like David Mitchell and Philip Pullman on the maps found only in books, of fantastic places that exist nowhere else. Think “Treasure Island,” “Lord of the Rings,” “Wind in the Willows.” It’s less for the inner cartographer than the admirer of beautifully designed books often discovered in childhood and never left behind. It is almost too much of a good, singular thing. Which means, in a way, it is the quintessential coffee-table book. Read it, look at it. Just don’t get it wet.