Home Personal Finance Home Owner Getting a Mortgage is Now Easier, but it Could Backfire 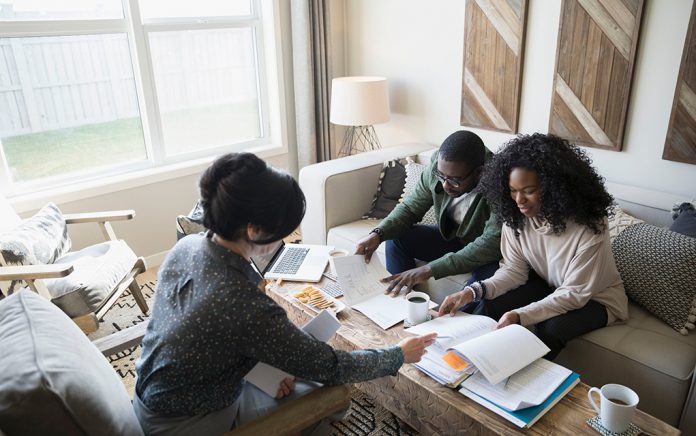 Clearing the hurdles to qualify for a mortgage used to be much harder. House hunters with too much debt had their home-buying hopes dashed after being denied a mortgage.

Borrowers with a high debt-to-income ratio now have more leeway than since the subprime mortgage meltdown of a decade ago. Your debt-to-income ratio, or DTI, is the percentage of monthly income you pay toward your monthly debts, including a new mortgage payment. It’s a key factor — along with your credit — that lenders use to determine whether you can repay a loan. The more debt you have, the higher your DTI ratio — and that’s a red flag for lenders evaluating your potential for risk.

Some consumer advocates worry that borrowers who are already struggling to stay afloat might get in over their heads with today’s laxer lending requirements. On the flip side, expanding access to mortgage credit could help creditworthy borrowers in higher-priced housing markets join the homeownership ranks they’ve increasingly been shut out from.

How getting a mortgage has gotten easier

Fannie Mae and Freddie Mac, two government-sponsored enterprises that back most U.S. mortgages, have eased their lending rules in recent years. Fannie Mae increased its maximum DTI ratio to 50 percent, up from 45 percent, in July 2017. Both agencies allow borrowers to finance up to 97 percent of a home’s purchase price, which is considered a high loan-to-value ratio.

Raising DTI limits is just one way lenders have made it easier to get a mortgage. LTV ratio increases help borrowers who don’t have a large down payment. However, you’ll pay private mortgage insurance when you put less than 20 percent down — and you might not be able to borrow as much as you need to buy a home.

Some conventional lenders have rolled out their own low down-payment programs without private mortgage insurance in exchange for a higher interest rate. Government-insured loans require little to no down payment, and generally have more relaxed credit score requirements than conventional loans.

Borrowers who don’t fit into a pristine credit box now have more options, Joel Kan, associate vice president of industry surveys and forecasting with the Mortgage Bankers Association. There’s more balance to the lending equation nowadays after the regulatory pendulum swung too far in the opposite direction — a move that shut out otherwise capable borrowers, Kan says.

Although standards have loosened considerably in recent years, today’s lending practices are still more stringent than they were before the housing crisis. The days of doling out loans without verifying income or employment are long gone.

“We’re still about one-quarter of where we were compared to the pre-housing boom,” says Kan of mortgage credit accessibility. “Standards are looser now than they were from 2010 to 2012 when credit access was the tightest, but it’s not subprime.”

The share of new, conventional conforming home-loans with a DTI ratio above 45 percent spiked after Fannie Mae raised its DTI limit, according to research from CoreLogic. From early 2012 up until last summer, the share of these high DTI loans held steady between 5 percent to 7 percent. In the first quarter of 2018, that share nearly tripled, jumping to 20 percent, CoreLogic found. The average DTI ratio for these home loans rose by two points to nearly 37 percent from Q1 2017 to Q1 2018.

Expansion of mortgage credit has its drawbacks

For starters, lenders calculate your DTI ratio using your gross monthly income (before taxes and payroll deductions) and debts that appear on your credit report. They’re not including monthly expenses like groceries, gas, auto or health insurance, daycare/tuition, utility bills and other recurring bills that can eat up a good chunk of your monthly budget, says Rebecca Steele, CEO and president of the National Foundation for Credit Counseling.

“It puts some borrowers in a more precarious position,” Steele says of high DTI loans. “Today, people have significantly less savings in reserve. To have that you need a stable income, and some consumers struggle with that. Most people have little disposable income, especially because rents are going up.”

A job loss or other major financial hardship could land you in a tighter spot than if you had paid down your debt and shored up your emergency savings fund before buying a home. You’ll also pay more interest with a high DTI loan, Steele says.

Another key issue that some first-time buyers overlook are the hidden costs of homeownership, says Jeff Levine, a certified financial planner with BluePrint Wealth Alliance in Garden City, New York. When you’re stretching your income to cover monthly debt payments, you won’t have as much cash on hand for maintenance expenses, homeowners association dues, and major repairs that inevitably pop up, he says.

Borrowers should factor those expenses into the mix and avoid overextending themselves, Levine says.

“Just because you can get approved for a mortgage doesn’t mean you should get one,” Levine says. “People got into trouble (in the downturn) because they borrowed up to the hilt and didn’t have the capacity to repay.”

Parents Consider Selling Home To Son But Worry About Daughter’s Right to Money From The Sale.

Flipping Homes is Hot Once More

When Does Refinancing into a 15-year Mortgage Make Sense?