BERLIN (Reuters) – The German Finance Ministry is worried there will be turbulence on the financial markets if there is a ‘hard Brexit’, a German newspaper reported on Monday – two days before Britain triggers divorce proceedings with the European Union.

Handelsblatt daily cited a risk analysis from the Finance Ministry as saying that if Britain and the EU do not strike a deal about Britain’s exit in time, it could threaten the stability of financial markets.

The ministry is also worried that the two-year negotiation period between Britain and the EU will not suffice to conclude a free trade deal with Britain and that would mean there are “significant” risks for the financial markets, it said.

For that reason, there should be interim solutions, said the analysis, which talked about “phasing out”.

An abrupt exit could “trigger dislocations”, with British banks no longer able to offer their services in the EU and banks in the EU finding they no longer have access to the financial center in London, the report said.

That would result in “grave economic and systemic consequences” for Europe, the newspaper added.

It said that Germany had a strong interest in having an “integrated financial market” with Britain but for that London would need to fulfill conditions such as accepting the EU’s basic freedoms as well as strict regulatory standards.

The German government is taking a tough line on the EU budget and wants Britain to promise, at the start of negotiations, that it will meet all of its obligations, including after quitting the EU, and Britain should pay to have access to the European Single Market, the newspaper said. 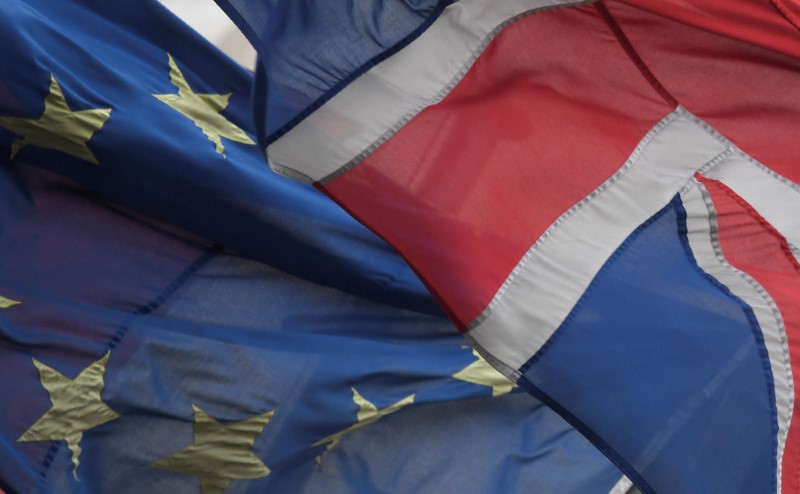