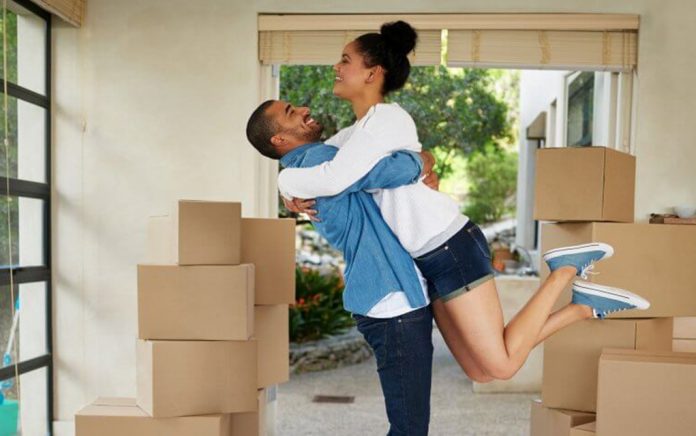 Gen Z is poised to be the largest source of homebuyers in the United States. The post-millennial generation, or those born after 1996, make up about 32 percent of the population. And, according to a recent report by Realtor.com, 80 percent of them want to own a home before they turn 30.

For kids who are still in high school or just graduating from college, homeownership aspirations might seem far off. But the overwhelming attitude toward homeownership could have roots in the economic turndown their parents faced.

“Gen Z parents were Gen Xers and many Gen Xers went through the recession. It could be that they saw what their parents faced and they have a different take on owning a home,” says Danielle Hale, chief economist at Realtor.com.

The good news is that this generation is graduating into a strong job market, Hale points out. The unemployment rate has stayed near the 4 percent mark for the last five months, while more than 300,000 jobs were added in January.

The bad news is that wages for recent college graduates are relatively flat, according to a report by Korn Ferry. Researchers analyzed salaries of 310,000 entry-level jobs in the US from almost 1,000 organizations. They found that 2018 college grads would earn $50,390, a 2.8 percent hike from 2017.

For many Gen Zers, this mean preparing early to become homeowners at 31, which is the median age of first-time homebuyers.

If they want to avoid private mortgage insurance, or PMI, which can hike their monthly house payment up by a few hundred dollars, they would need to save $608 per month, or a 20 percent down payment.

1. Talk to a financial adviser

College graduates who have no experience budgeting their finances would benefit from talking to a financial advisor, says Michael Biggica, founder of Pixel Financial Planning in San Francisco. Biggica has worked with young professionals who have no idea how to maximize their savings.

“I’ve talked to some young people and many seem to be rather mature. The ones who would benefit from an adviser are usually less confident with their financial choices, there’s more credit card debt,” Biggica says. “I think one of the biggest benefits of a financial adviser for Gen Zers is to understand budget strategy — where do I put that extra dollar?”

Budget basics begin with creating an emergency fund before saving for a house, Biggica says.

2. Get rid of credit card debt

A strong credit score will help borrowers get the most competitive interest rate and shave thousands off of their loan.

“Learn how to build discipline early on,” Boyer says.

Don’t leave cash on the table, Biggica says. Young borrowers should talk to their employers about homeownership programs as well as research programs offered by both the federal and local government. Don’t forget to look into FHA loans and VA loans.

Boyer echoes that advice saying that many employers do offer homebuying programs, but don’t always do a great job of communicating them to their employees.

For aspiring homeowners who have the luxury of living with their parents or can afford to devote a big chunk of their income to savings, use that opportunity to sock as much money away as possible, says Boyer.

“I encourage people to live like you already have that payment. If I’m going to have a $2,000 monthly house payment, then I’m going to put that money away. I think it’s smart for young people to get used to those payments if they want to own a home. I also encourage them to put the money into a separate account so they don’t see it,” Boyer says.

5. Be smart about where you save your money

An enormous benefit of technology is that savers can shop around for the best interest rates without leaving their house. The worst thing people can do is assume that big banks offer the best deals, says Biggica, pointing to online banks as a viable alternative.

“A lot of times I see people that have their money in savings and it’s growing at .2 percent. That 22-year old might be at a Bank of America and they aren’t taking advantage of the full range of what Bank of America can offer. They can get a better deal at an online bank,” Biggica says.

For long-term goals, some Gen Zers might consider a hybrid blend of stocks and bonds, which are more aggressive savings vehicles. In order to go this route, savers should talk to a financial adviser who can help them invest their cash as well as detail the risks involved.

Although saving for a 10 or 20 percent down payment is an excellent goal, the average down payment is 7 percent for homebuyers under 30, Hale points out. There are also a bevy of programs that only require 3 or 3.5 percent down payments. These programs can be helpful for buyers who want to lock in a low interest rate now or are in an affordable market and don’t want to miss the boat by waiting years until they save for a bigger down payment.

Do Your Homework Well Before Shopping for a Mortgage